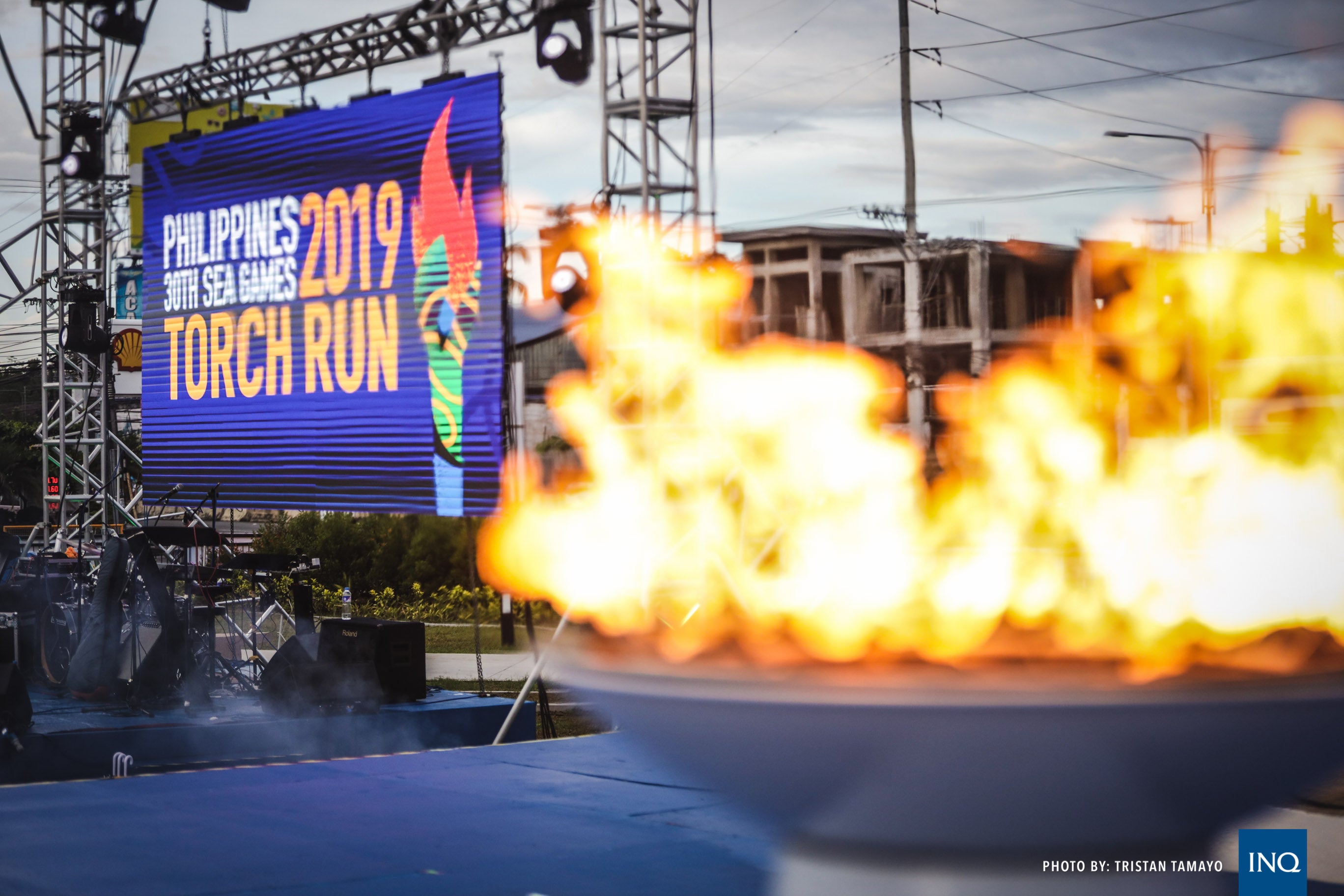 FILE – SEA Games Torch Run ahead of the opening. Photo by Tristan Tamayo/INQUIRER.net

MANILA, Philippines — Not much has been said about the opening ceremony of the 30th Southeast Asian Games on Saturday at Philippine Arena in Bocaue, Bulacan as the organizing committee and top sports officials have kept the cards close to their chest regarding the matter.

Philippine Olympic Committee president Bambol Tolentino, though, unintentionally shed some light on what to expect in the opening ceremony.

Instead, Pacquiao will now be joined by a fellow boxing champion in Nesthy Petecio in lighting the cauldron.

“Nesthy and senator Manny will be the torchbearers because the two won’t have any events to participate in [the following day],” Tolentino told reporters in Filipino Wednesday in a press conference. “Caloy was supposed to be the one but he has an event scheduled.”

Tolentino also had a slip of the tongue when he bared that sports icons such as Paeng Nepomuceno, Lydia de Vega and Elma Muros are among the ones who will carry the SEA Games Federation flag.

How the controversial cauldron, which is located at New Clark City, will be lighted remains a mystery.

“It’s a surprise for everyone.”