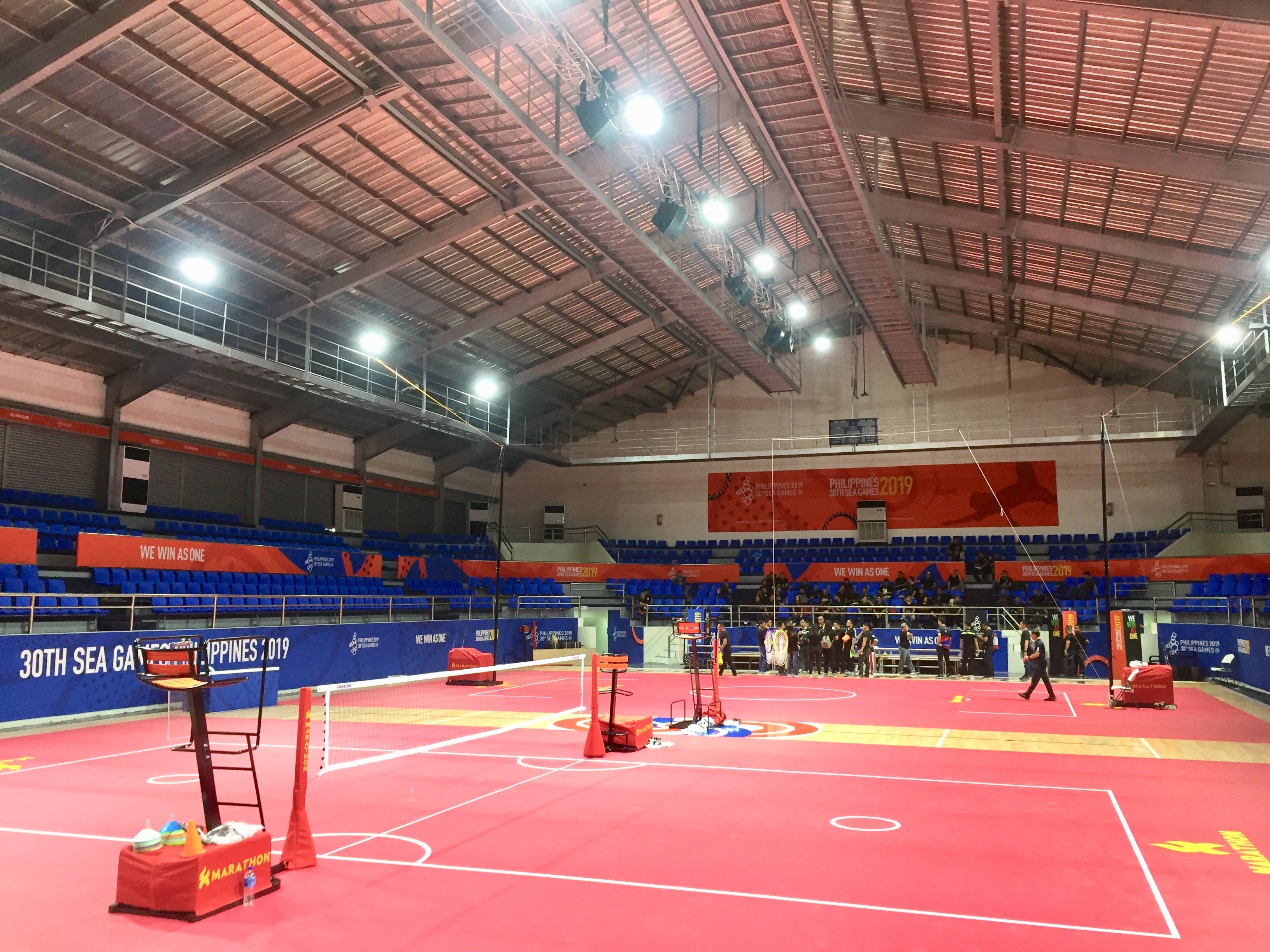 SUBIC BAY FREEPORT—A top official of the international governing body of sepak takraw said he was pleased with preparations at the sport’s venue here.

At a press conference on Friday, Nov. 29, Abdul Kader, director general of International Sepaktakraw Federation, said Subic Gymnasium was one of the best venues for sepak takraw in the history of Southeast Asian (SEA) Games.

Sepak takraw will be played in the gymnasium from Dec. 1 to 10. Kader said he was confident that the Philippines’ hosting of the 30th edition of the biennial games will be successful.

“I promise to the Philippine government and Philippine Southeast Asian Games Organizing Committee that sepak takraw will go without any disruption,” he said.

The Subic Gymnasium has been rehabilitated for SEA Games. About P5.7 million was spent for the gym’s new façade and interior upgrade. Joanna Rose Aglibot