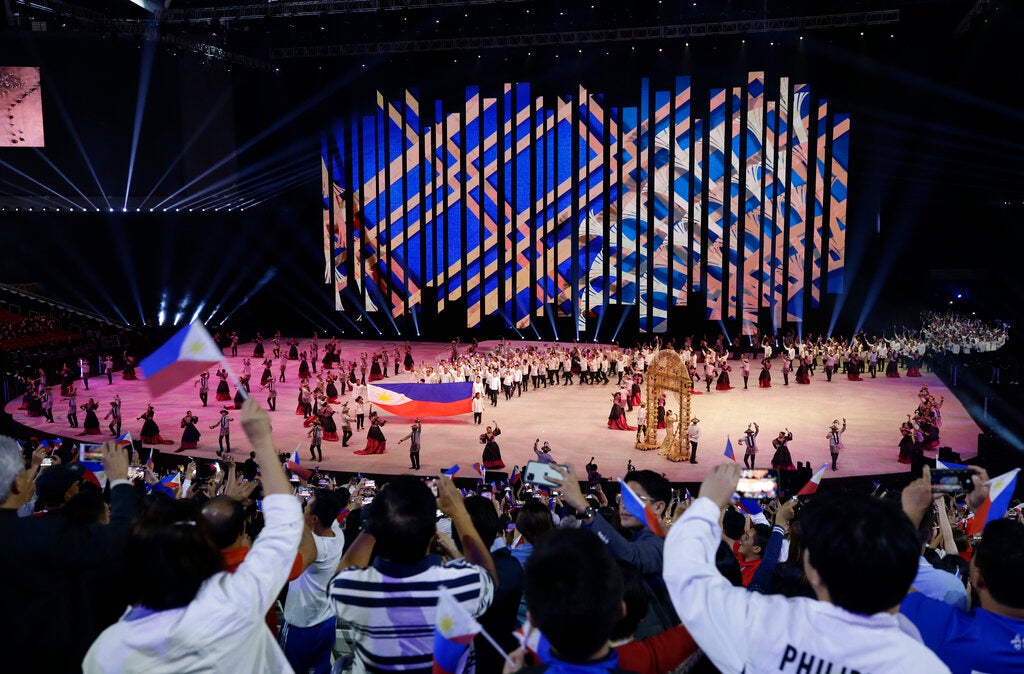 MANILA, Philippines—With the pageantry and grandiose of the opening ceremonies, the Philippine national athletes for the 2019 Southeast Asian Games couldn’t help but be inspired ahead of their matches in the regional event.

“Goosebumps, lots of it, and the opening ceremonies do make you proud to be a Filipino,” said volleyball star Jovelyn Gonzaga in Filipino. “You can see the fire, the passion, the unity.”

“I was speechless, it was amazing,” said men’s volleyball up-and-comer Joshua Umandal. “The opening ceremonies can really boost your confidence.”

This is the fourth time the Philippines is hosting the SEA Games and the last time it welcomed national athletes from its geopolitical neighbors was back in 2005 when it became the overall champion with 112 gold medals.

The Philippines is looking to bounce back from its dismal sixth place finish in 2017 when it won just 24 gold medals.

For Dither Tablan of the Philippine national kurash team, attending the ceremony was a priority for him even though he wasn’t required to go since he has a match on Sunday.

“I wasn’t required to attend because I have a match tomorrow but I wanted to be there,” said Tablan. “I want to see who I’m fighting for, I wanted to be inspired and the opening ceremonies presented it to me. I’m more hyped to fight tomorrow.”

“When I saw how many people were in there and they were all screaming for us, I was pumped,” added Tablan.

Seeing the crowd cheering for them has also given Renzo Cazeñas the morale boost going into the sambo tournament.

“That hyped us up and we’re just excited to compete,” said Cazeñas. “Literal goosebumps because there were thousands cheering for us and they’re our home crowd.”

Gonzaga is on her third SEA Games stint and she said that the opening ceremony in her home country was vastly different from when she attended the Games in Singapore.

“Back in 2017 in Malaysia we weren’t able to attend, in 2015 we were there but this one in the Philippines is different that it’s hair-raising because we’re in our own country,” said Gonzaga who captained the 2015 national women’s volleyball team.