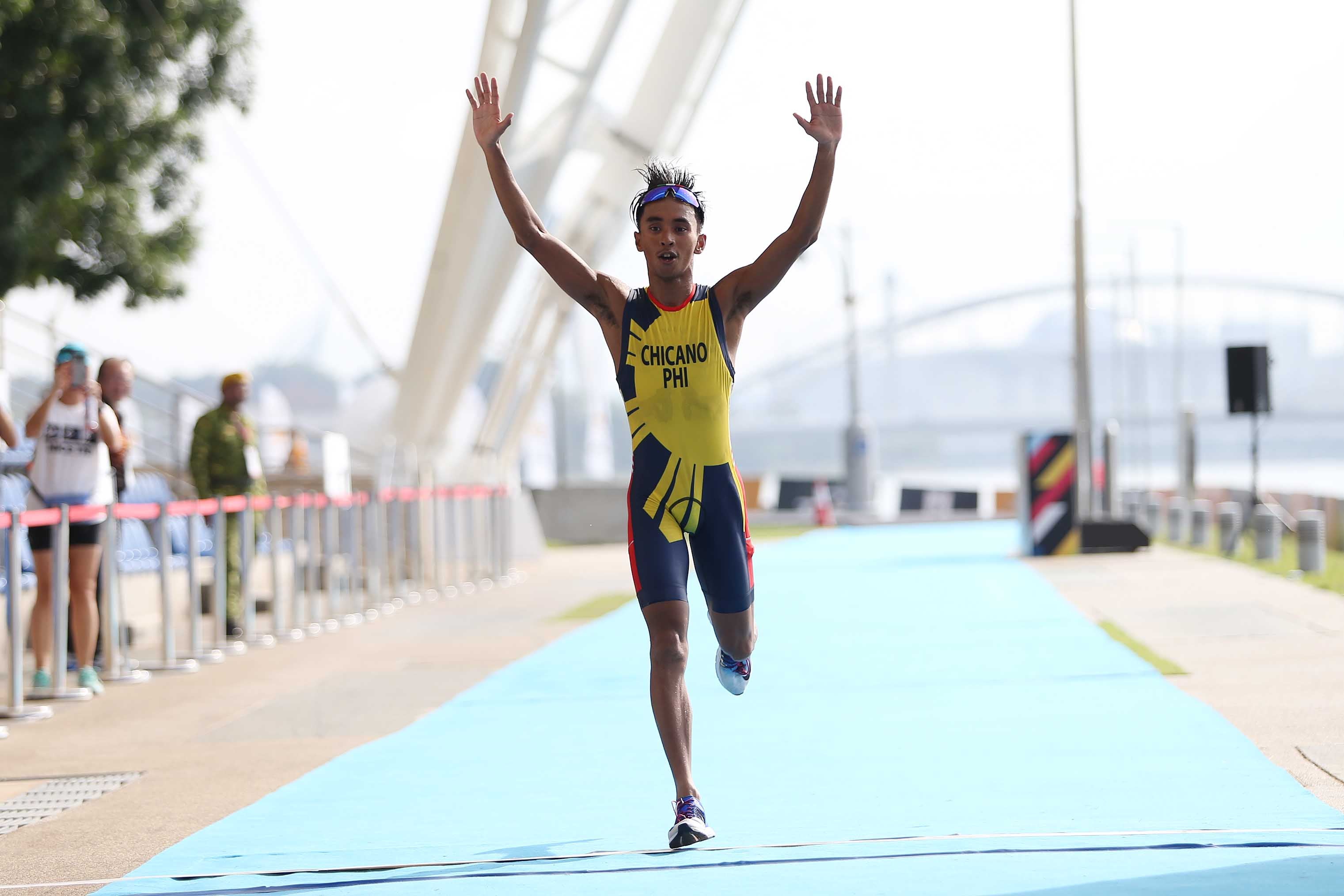 SUBIC BAY FREEPORT—At the break of dawn, Andrew Kim Remolino and John Leerams Chicano will gamely limber up at the starting line with one purpose in mind: seize the first gold medal of the 30th Southeast Asian Games and earn the instant fame that automatically goes with it.

All eyes will be feasting on the Filipino tandem as they bid to keep the men’s triathlon title on Sunday for the third consecutive edition of the Games at the host nation’s backyard.

“There’s no other feeling greater than winning the gold in front of our countrymen,’’ said Chicano in Filipino, seeking his first SEA Games gold medal after winding up with the silver in 2017 Kuala Lumpur.

Back then, Nikko Huelgas and Chicano pulled off a 1-2 finish with Huelgas retaining the title for the second straight time after a dramatic victory in 2015 Singapore.

“It has certainly put pressure on us. But now, my mind is set and has built up the confidence to grab the goal,’’ said the 19-year-old Remolino, who dedicate every swim-bike-run race that he participates in to his elder brother Luigi who passed away a couple of years ago.

The national junior champion from Talisay, Cebu has topped the two qualifying races for the SEA Games early this year, knocking off Huelgas from his usual spot.

In what he considers as the biggest competition of his life, Remolino trained each day for the past four months under the tutelage of his father, coach Roland “Andoy’’ Remolino, a name synonymous to the country’s talent-discovery program in the sport.

The older Remolino is the founder of the Talisay Luigi Triathlon Group Go For Gold, which boasts of over 30 young triathletes in the pool, most of them regularly racing in age-group competitions.

“To race in the SEA Games for our country is actually one of my goals, but I never expected that I will make the team as young as 19,’’ said Remolino, a two-time Siklab Sports Youth Awardee for triathlon whose strength comes in the bike sequence of the race.

For Chicano, the key in the race is to have a paranoid attitude that other countries might steal the limelight away despite the Filipinos possessing territorial advantage during the race scheduled at 6 a.m. at the Subic Bay boardwalk.

“Singapore, Malaysia and Vietnam. They all have a strong lineup, so we don’t want to be complacent,’’ said Chicano.

Right after the men’s race, SEA Games defending champion Kim Mangrobang will defend the women’s title as she partners with Filipino-foreign triathlete Kim Kilgroe with high hopes of getting a similar gold-silver performance in the two previous Games.

“That’s the plan. There’s a bit of pressure but I’m excited to race right here in our country,’’ said Mangrobang, who spent the last couple of years speeding up her clockings in Portugal.

Mangrobang finished with silver behind Claire Adorna in the 2015 Singapore Games, but reversed the outcome in 2017 by bagging the gold at Adorna’s expense.