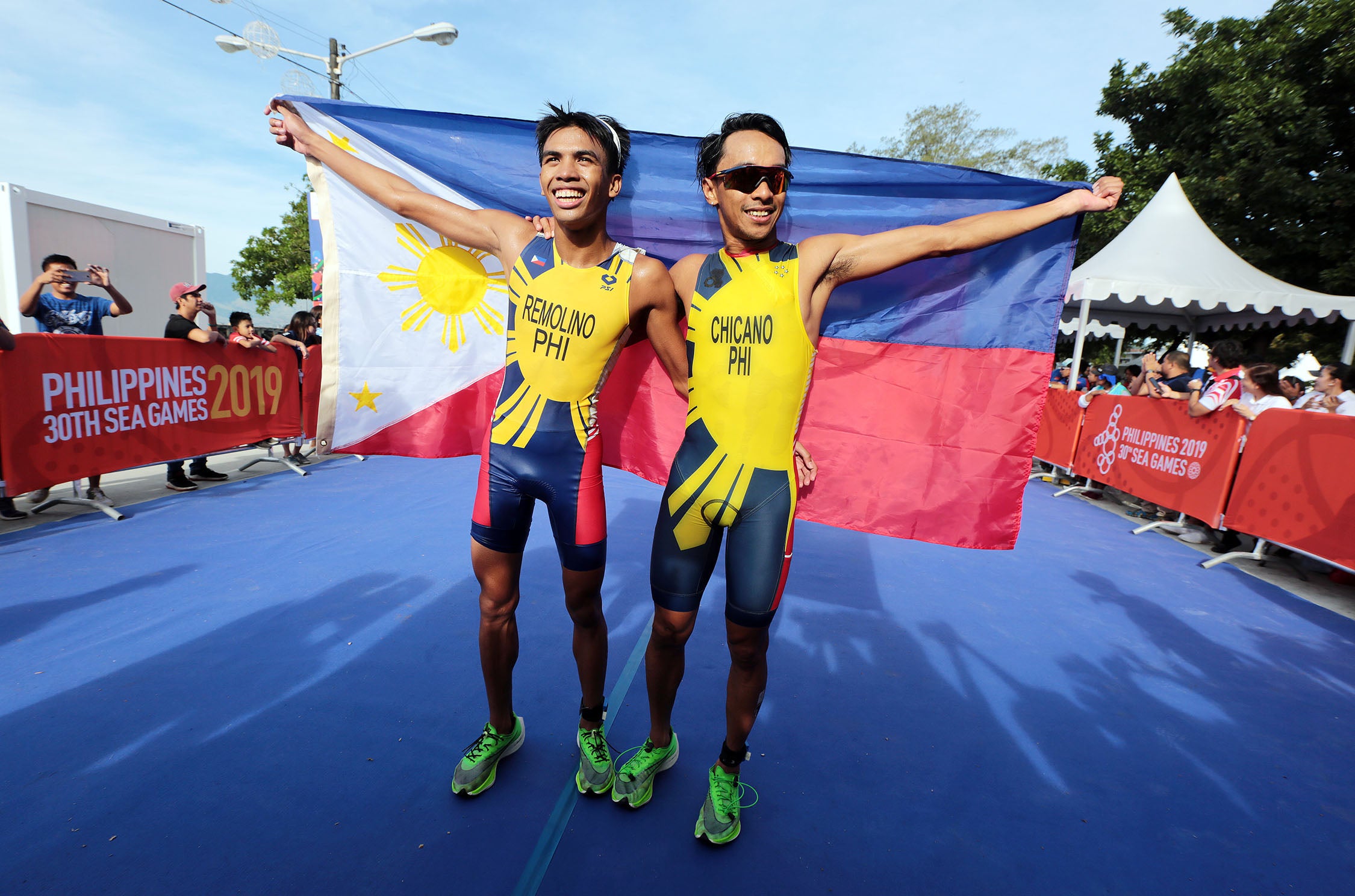 The duo completed the third straight 1-2 finish by Filipinos in men’s triathlon in the Games after pulling away from Indonesian challenger Muhammad Ahlul Firman in the bike-to-run transition.

Remolino took the silver while Firman took the bronze. Chicano’s gold came after he finished second to Nikko Huelgas in 2017.

Defending champion Kim Mangrobang and Kim Kilgroe go for another 1-2 finish by Filipinos in the women’s race later Sunday morning.