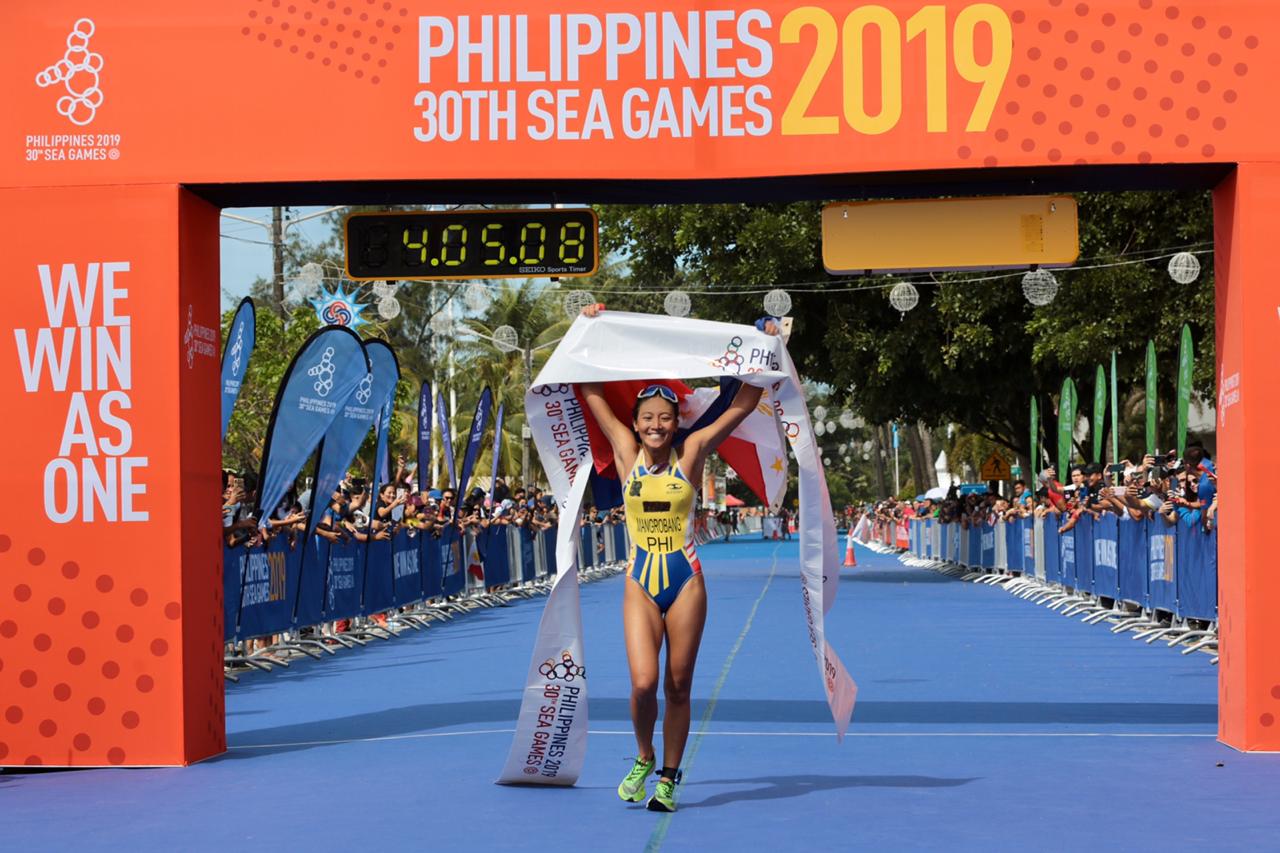 SUBIC BAY — Defending champion Kim Mangrobang outdueled teammate Kim Kilgroe in the run leg to capture the gold in the women’s triathlon in the 30th Southeast Asian Games, completing another double 1-2 sweep by Filipinos of the individual events.

Mangrobang and Kilgroe battled head to head in the bike leg before the defending champion kicked in her advantage in the run leg and finished pulling away.

It was another 1-2 finish by the host country. Earlier, veteran John ‘Rambo’ Chicano won the first gold medal of the Games, ruling the men’s individual event in a SEA Games record time.

‘’Maganda para sa bayan (This is good for the country),’’ said Philippine team coach Melvyn Fausto, who took Chicano under his wings when he was working as janitor and bike mechanic in the coach’s bike shop.

The double sweep was what host organizers expected to launch a bid for the overall medal title.