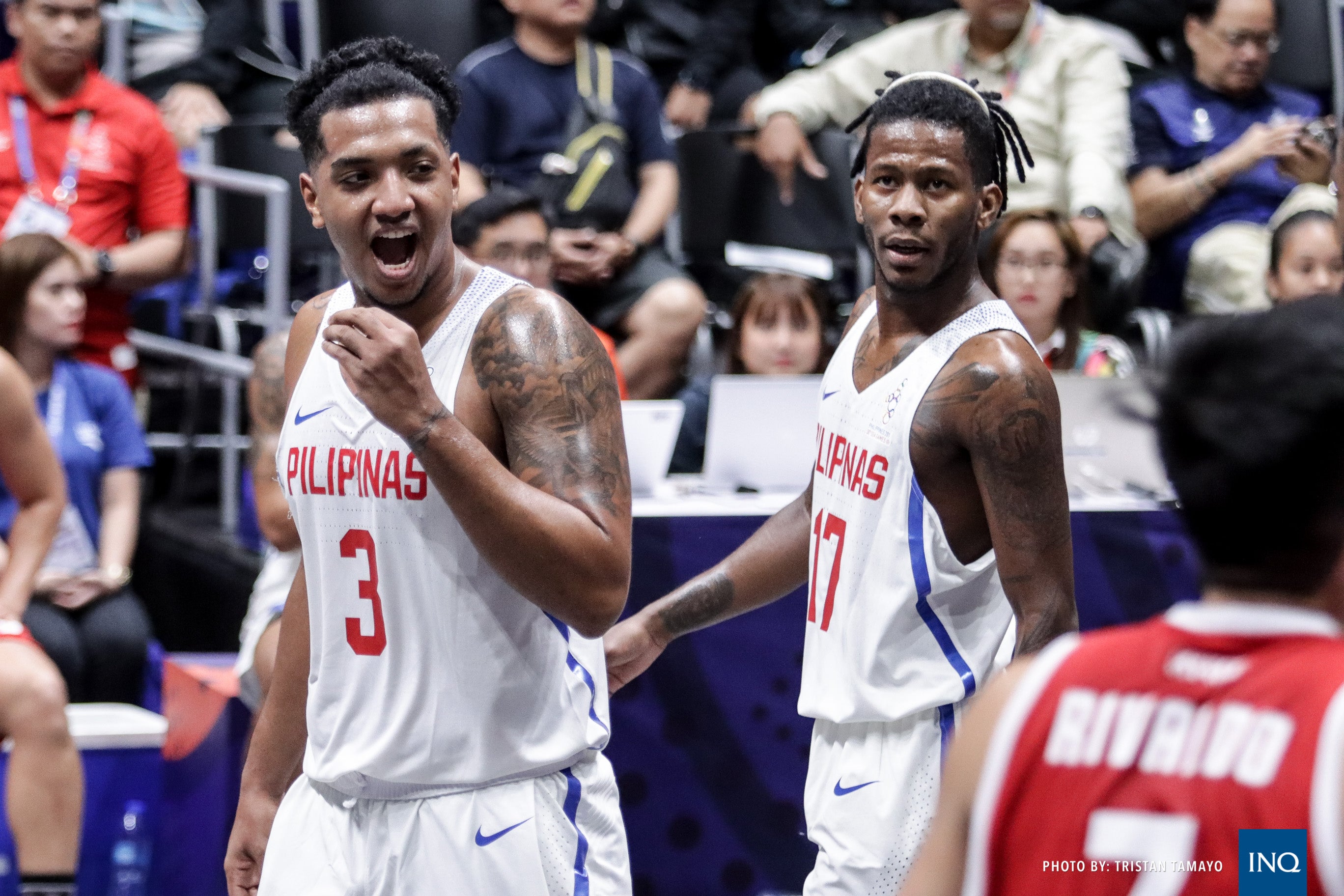 The Philippines’ Jason Perkins reacts after scoring against Indonesia. Photo by Tristan Tamayo/INQUIRER.net

The Filipinos gave up four straight points to start the game before leaning on Jason Perkins late to hold off the Indonesians.

Perkins accounted for the Philippines’ last four points, including an assist to CJ Perez for the game-clinching short stab with 1:58 remaining.

The Phoenix Fuel Masters forward in the PBA led the Nationals with nine points while Perez added eight, including three from behind-the-arc.

Considered as overwhelming underdogs opposite the gold-medal favorites, the Indonesians quickly showed they’re not to be taken lightly after scoring four unanswered points to open the game.

Perkins ended the Filipinos’ drought before a dunk by Moala Tautuaa and a deuce by Perez turned the tide in favor of the hosts.

Indonesia kept it close, scoring successive two-pointers to tie it at 16 before a shot-clock beating jumper by Chris Newsome gave Gilas the lead for good with less than four minutes to go.

Gilas takes on Myanmar, which beat Cambodia earlier in the day, next at 1 p.m.