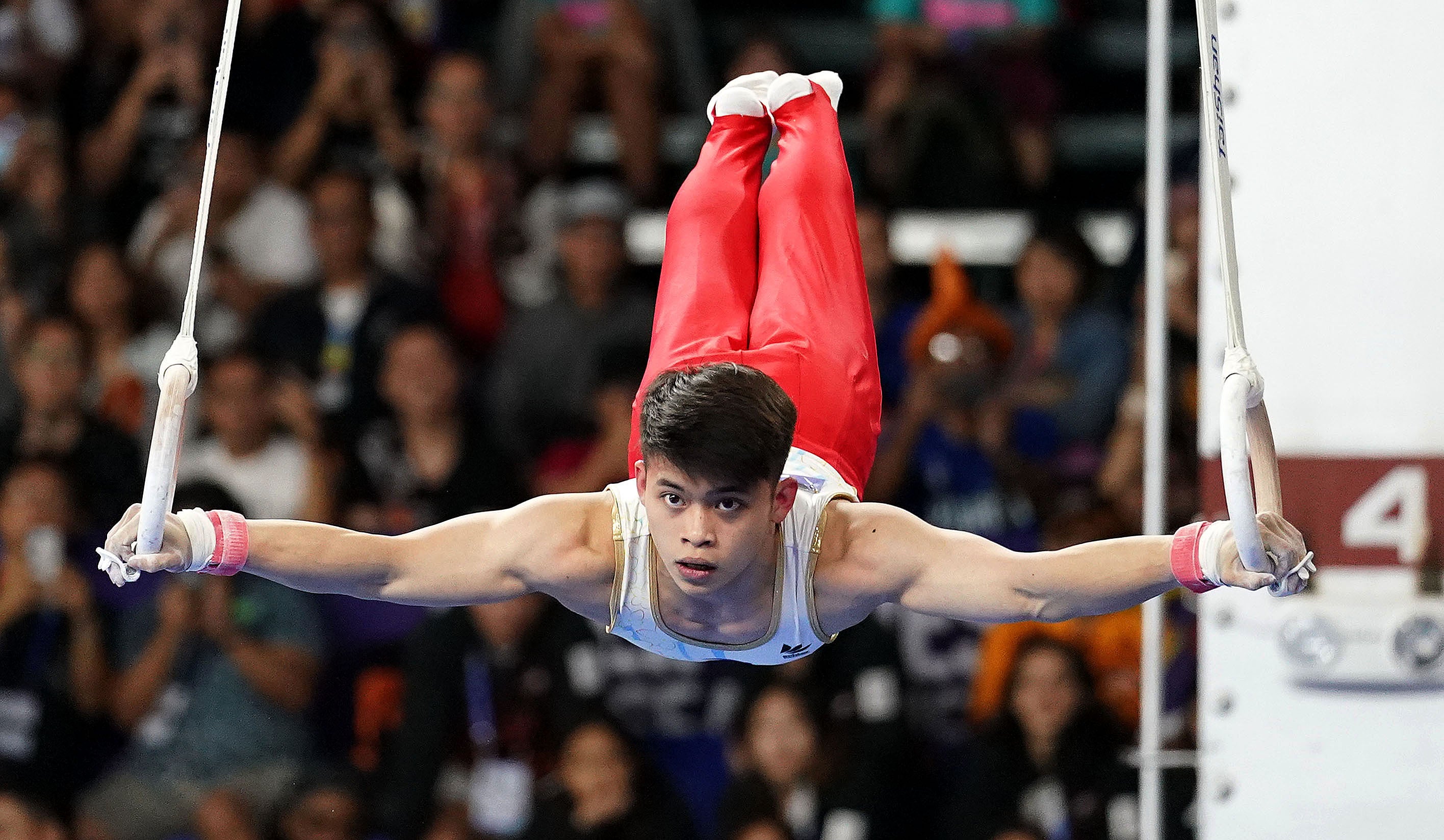 Caloy Yulo in the still rings of the men’s all around Final of the 2019 SEA Games at the Rizal Coliseum.INQUIRER PHOTO/AUGUST DELA CRUZ

MANILA, Philippines–Carlos Yulo delivered a pair of top-ranked performances en route to a gold-medal finish in the Individual All-Around edition of the Men’s Artistic Gymnastics in the 30th Southeast Asian Games at Rizal Memorial Coliseum on Sunday.

The 19-year-old gymnast entered the biennial meet a heavy favorite after his gilded run in the World Championships in Stuttgard, Germany, last October.

Yulo, just like in the Worlds, had a sensational showing at the Floor Exercises of this Games, wowing the hometown crowd and drawing 14.650 from the judges, giving him a crucial headstart over the visiting Vietnamese, 2017’s top performers.

“This is different because this crowd is paying [attention] to me, unlike in Germany, nobody knows me,” Yulo told reporters in a hastily called interview.

Dinh Phuong Thanh totaled 82.360 for the silver medal, while his compatriot Le Thanh Tung had 81.700 for the bronze. Both were part of the 2017 Vietnamese crew that won the gold for the team all-around event.

Yulo, after landing third place in Pommel Horse, had a safe and steady outing across Still Rings, Vault, and Parallel Bars.

As if saving the best for last, Yulo went on to mount a sensational showing on Horizontal Bars, one that put him again at the top, and squarely atop the race.

This is Yulo’s first SEA Games appearance. But he has long been a grizzled athlete of the sport, making strides around the world.

His performance in Germany officially punched his for the Tokyo Olympics.

Yulo could further hike his gold-medal haul when he returns to action on Tuesday, for the apparatus finals.