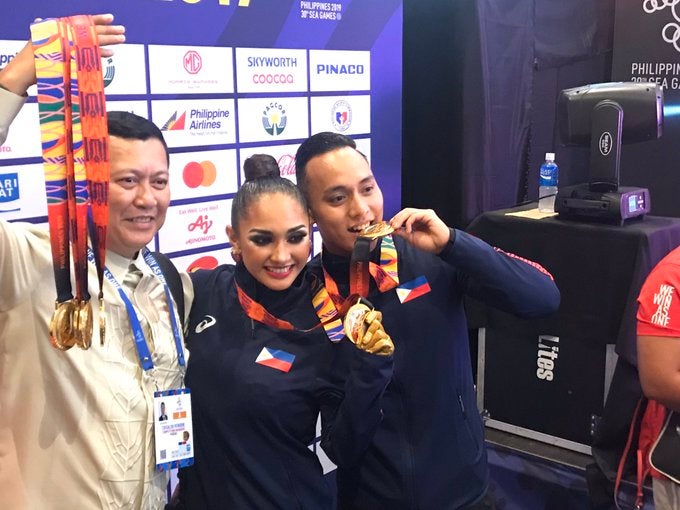 Wilbert Aunzo and Pearl Marie Caneda wowed the crowd as well as the judges at the jam-packed Royce Hotel to snare the golds in slow samba, chacha and rumba.

Michael Angelo Marquez and Stephanie Sabalo delight the crowd and win paso doble gold for Philippines for the country’s 9th in dancesports; 2 more events up pic.twitter.com/QxnWz5r2Bp

Another Filipino pair, Michael Angelo Marquez and Stephanie Sabalo, added two more golds capturing the top prize in paso doble and five-dance, a counterpart of the all-events in other sports.

Their efforts allowed the Philippines to win 10 golds all in all after scoring five victories earlier in standard discipline.