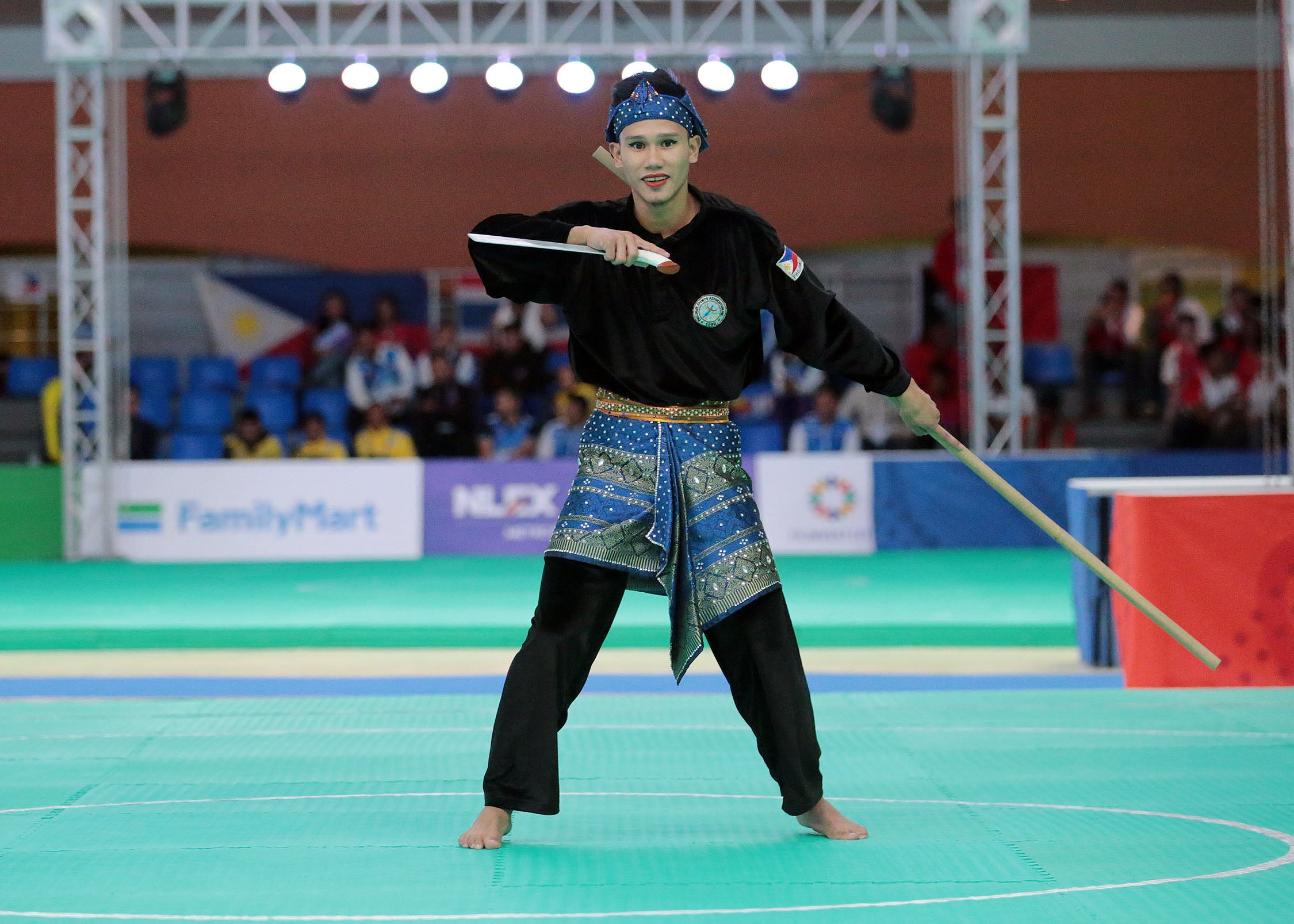 SUBIC BAY FREEPORT—For Edmar Tacuel, performing at peak form in the sport that he loves can help lift his family out of poverty. The son of a farmer from Tubongan, Iloilo, secured a guaranteed cash bonanza after striking gold in the men’s seni tunggal event of pencak silat in the 30th Southeast Asian Games.

“All the hard work paid off,’’ said Tacuel, the sixth in a brood of seven, in Filipino. “This is the happiest day of my life. “Thank you to all the people who supported me.’’

“It’s my first SEA Games. They say I’m lucky, but I believe it was the result of persistence and dedication in what I do,’’ said Tacuel.

Under the Athletes and Coaches Incentives Act, Filipino gold winners will receive P300,000 from the government through the PSC and the Philippine Amusement and Gaming Corporation while POC president Abraham Tolentino earlier pledged to double that amount.

If it’s true, thank you very much to all of you,’’ said Tacuel, who luckily shifted from arnis to pencak early this year.

An “arnisador’’ since 2012, Tacuel was magnetized to pencak when a friend introduced him to the sport.

He eventually joined the national team in April and immediately trained in Indonesia before joining the Singapore Open. INQ