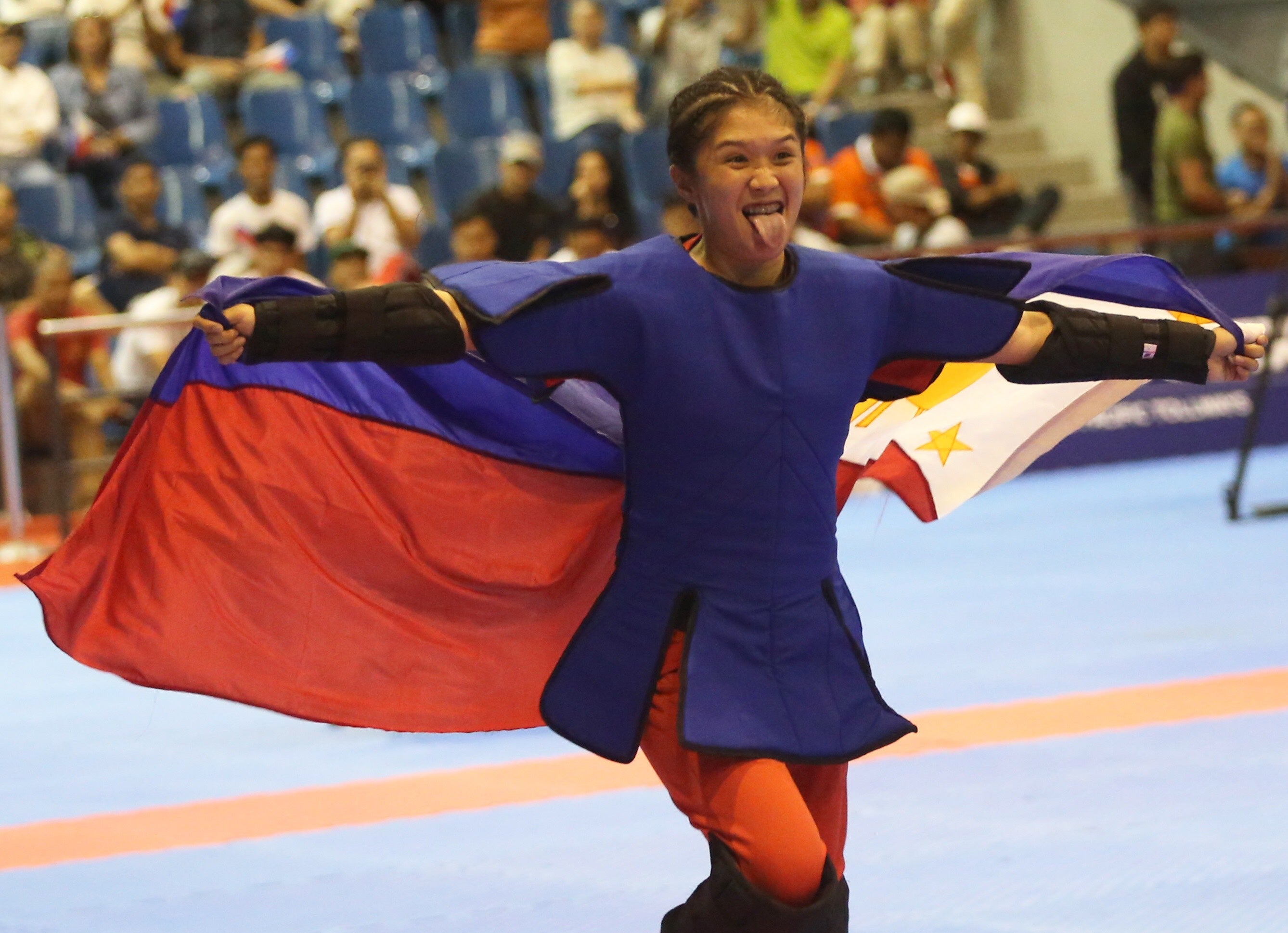 NEW CLARK CITY—The men may have skipped a beat but the women were still perfect. And just like that, the Philippines sustained its frenetic drive for arnis supremacy in the 30th Southeast Asian Games here on Monday.

Sheena del Monte, Jedah-Marie Soriano, Ross Ashley Monville and Abegail Abad turned in impressive performances to win their respective weight classes in padded sticks in front of a big cheering crowd at Angeles University Foundation Arena.While the women went four-of-four, the men’s team missed one gold and added three more to the Filipino collection, bringing to 12 the total number of golds that the arnis squad has plunked into the country’s medal machine thus far.

Elmer Manlapas edged Nguyen Duc Tri in +55 kilogram final, Jesfer Huquiri bested Van Cong Cuoc for the 55 kg or less championship and Carloyd Tejada defeated Vuong Thanh Tung of Vietnam for the gold in +65 kg and above as the Philippines asserted its dominance over Vietnam in the sport.

Billy Joel Valenzuela had a chance to complete a perfect run but he bowed to Yong Mengly of Cambodia in the +60 -65 kg final. Later in the day, Del Monte touched off the women’s avalanche with an 11-1 victory over Vietnam’s Nguyen Thi Huong in the 50 kg or less class.
Soriano delivered a gold with an 11-0 triumph over OO Maw Maw of Myanmar in the +50 kg -55 kg final. INQ

Tagaytay subdivision locked down after coronavirus patient returns for vacation