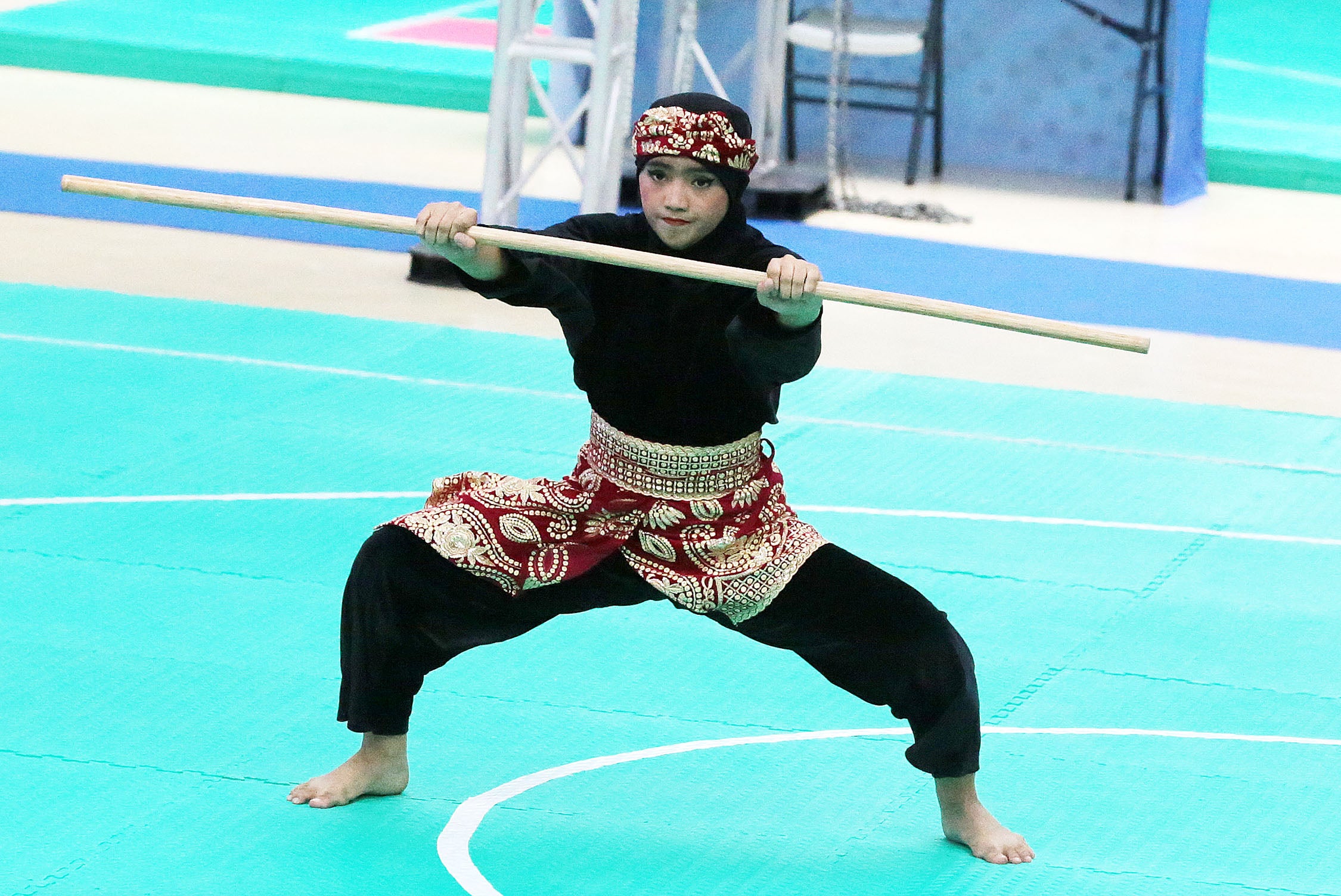 Aside from rubbing elbows with her idol Puspa Arum Sari of Indonesia, the 16-year-old Padios knows that she’s the youngest from among a field of battle-tested competitors.

“I’m still happy despite the defeat because she (Sari) is my idol,’’ said Padios in Filipino, a Grade 10 daughter of a lawyer and businesswoman from Kalibo, Aklan. “It’s really okay, this is my first time in the SEA Games.’’

As for Sari, it was her first victory in the Games after showing excellent firmness and accuracy for 467 points compared to Padios’ 454-point output in the artistic discipline of the combat sport.

Anisah Najihah Binti Adbullah of Brunei collared the bronze with 451 points in the meet held at the Subic Bay Exhibition and Convention Center.

For her feat, Padios, a member of the junior national squad, is expected to be elevated to the elite team.

It was the third medal of the country in the discipline after Edmar Tacuel pocketed the gold in the men’s tunggal and siblings Alfau Jan Abad and Almohaidib Abad grabbed a silver in the tunggal/ganda event.