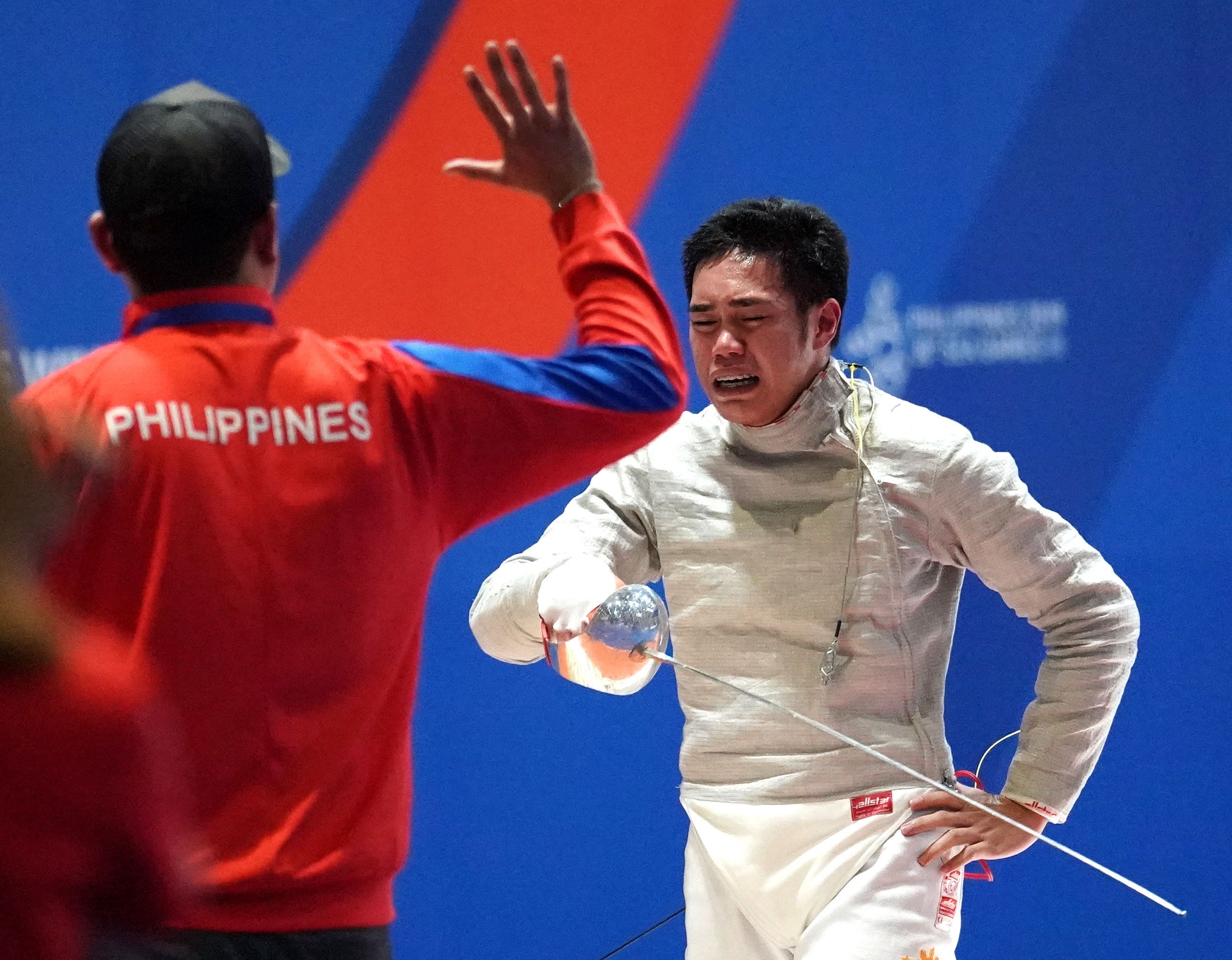 Philippines’ Christian Concepcion settles for silver against Vu Than An of Vietnam in the men’s fencing individual sabre in the 2019 SEA Games at the World Trade Center. INQUIRER PHOTO/AUGUST DELA CRUZ

MANILA, Philippines—With a grueling road to the men’s fencing individual sabre final of the 30th Southeast Asian Games, Christian Concepcion silver medal could have a luster as bright as gold.

Concepcion fought through a painful right leg he sustained in the semifinal and had to face a different kind of swordsman who was on a path to a third straight SEA Games gold medal in the final.

The Filipino bet settled for the silver medal as Vietnam’s Thanh An Vu claimed the hat trick in the regional event, but despite coming up short, Concepcion’s confidence has not wavered.

“This is his third straight gold medal and it’s unfortunate I wasn’t able to break his streak, maybe next time if we can still face up against each other I can finally aim for the gold,” said Concepcion in Filipino Tuesday at World Trade Center.

“My confidence really improved and coach Kim Suenghun believes in me. He’s always telling me that I can do it, so I’m always thinking to myself that I really can.”

Concepcion had an early advantage in hits, 8-7, in the first part of the match before Vu unleashed his offense scoring five straight hits taking a 12-7 lead.

The 22-year-old Concepcion, who won one MVP for University of the East, managed to get to as close as one hit, 14-13, but Vu’s experience prevailed late in the match.

“We’re just going to fight no matter what,” said Concepcion whose Korean coach instilled to them a killer discipline when playing.

“It’s similar to a Filipino mentality that we train properly, let loose sometimes, but when it’s winning time then we have to have that killer instinct.”