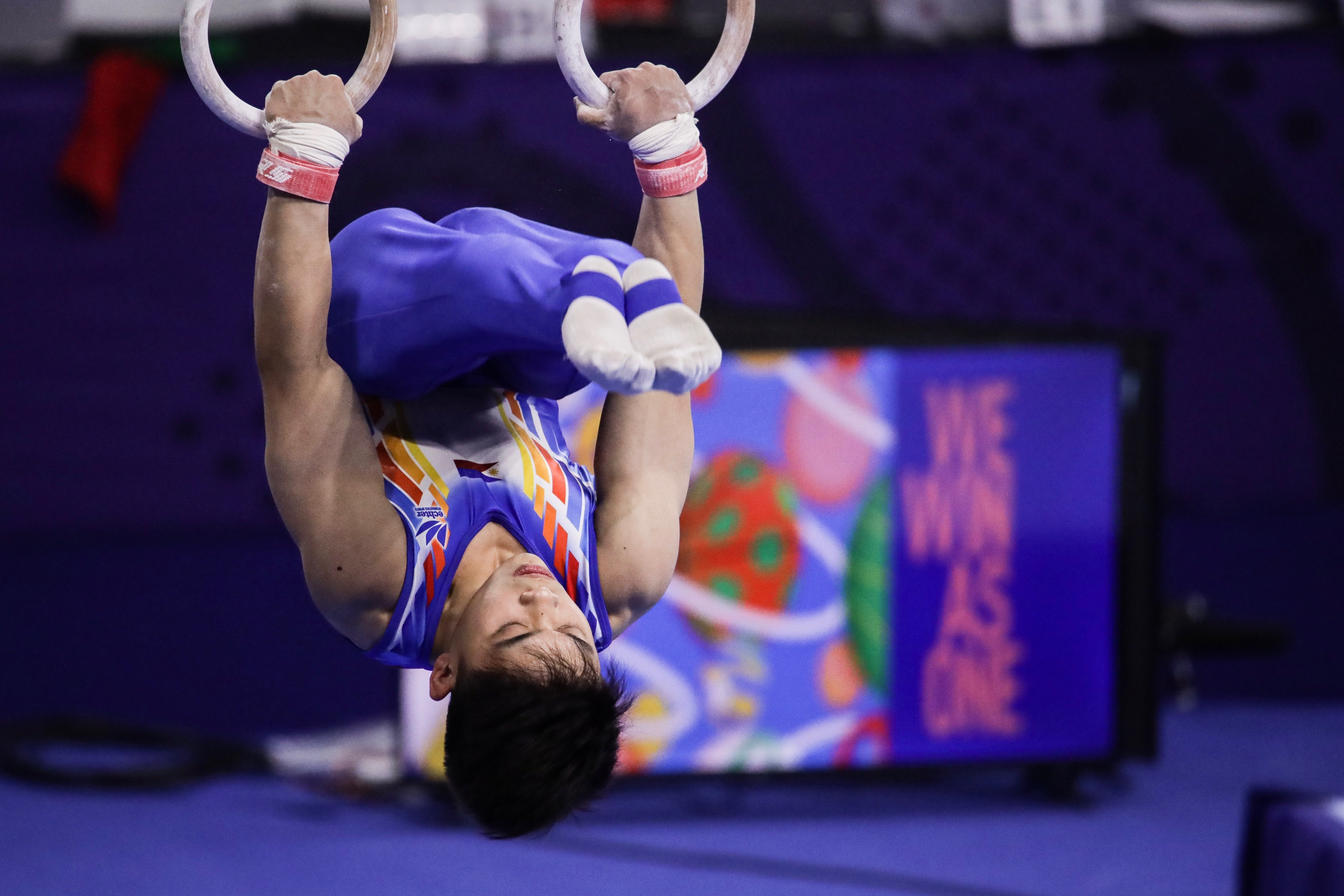 Carlos Yulo at the still rings during the gymnastics competition of the 2019 Southeast Asian Games. Photo by Tristan Tamayo/INQUIRER.net

MANILA, Philippines — Carlos Yulo pumped his fist in the air after sticking his landing off an acrobatic dismount from the Still Rings that triggered a roar from the raucous crowd at Rizal Memorial Stadium Tuesday.

Yulo knew his scintillating performance was enough to medal. It just so happened it wasn’t good enough to win the gold.

The 19-year-old Yulo settled for the silver medal for two events in a row on Tuesday after also finishing second in the pommel horse.

Yulo was the favorite to win the gold in the rings after earning a 13.733 from the judges.

But his lead didn’t last long as Vietnam’s Nam Dang surpassed him to take the gold with a 13.867.

Dwi Arifin of Indonesia also posted a similar score as Yulo to take home the silver.

Yulo now has four medals, two of which are gold, with his sight set on possibly adding three more golds when he competes in vault, horizontal bars and parallel bars on Wednesday.