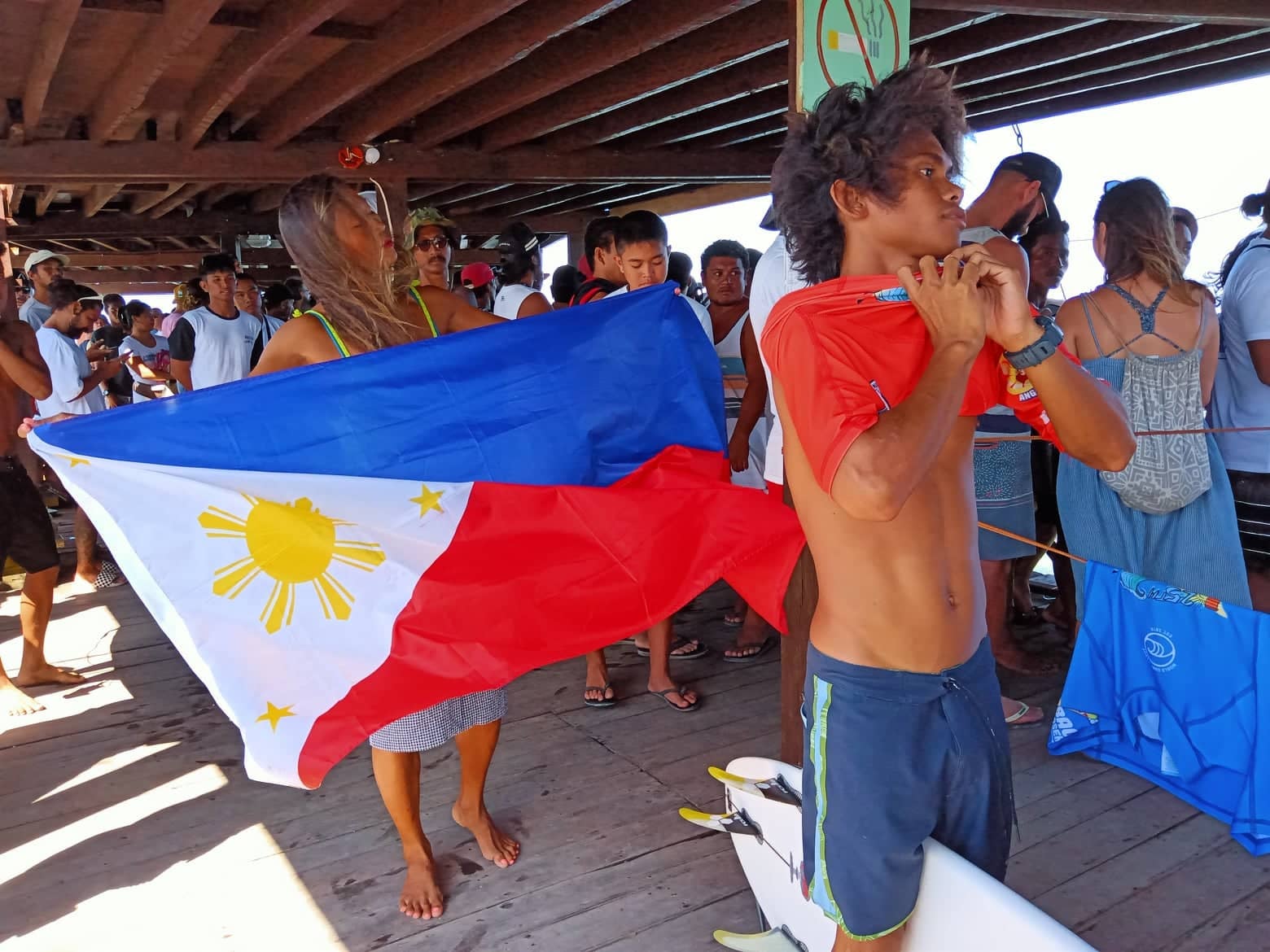 SUBIC BAY FREEPORT—Shortboard champions John Mark Tokong and Daisy Valdez are seriously in the hunt for Olympic spots and being groomed as the heavy favorites in the surfing competitions of the 30th Southeast Asian Games in San Juan, La Union.

They didn’t disappoint late Monday when they topped the qualifying heats of their event before the start of the preliminary round got halted Tuesday due to Typhoon Tisoy.

“I have to remain calm and stay focused throughout. I don’t want to disappoint the home crowd,’’ said Tokong, known as Marama in his hometown Siargao, before the real action in the debuting sport takes off Wednesday.

Tokong is the reigning champion of the 25th Siargao Cloud 9 International Surfing Cup two months ago while Valdez, a former gymnast from San Juan town famed for its waves, have consistently reached the top of the podium locally in both the shortboard and longboard disciplines.

Together with national men’s longboard champion Rogelio Esquivel Jr. and Jevy Mae Agudo, ranked No.1 in women’s longboard, they will aim to corner most, if not all, of the four gold medals at stake in the water sport scheduled to see action for the first time in the Tokyo Olympics.

“Qualifying in the Olympics is going to be a tall order. But for me, I just focus on the waves and enjoy it,’’ said Valdez, whose house is just a stone’s throw away from The Point, the venue of the Games with seven countries competing.

Four more tickets for men and six for women in the shortboard event are available in the Tokyo Games which will be offered during the 2020 ISA World Surfing Games in April.

Only 20 spots for men and women have been penciled in the Olympics, all of them for high-performance shortboards.