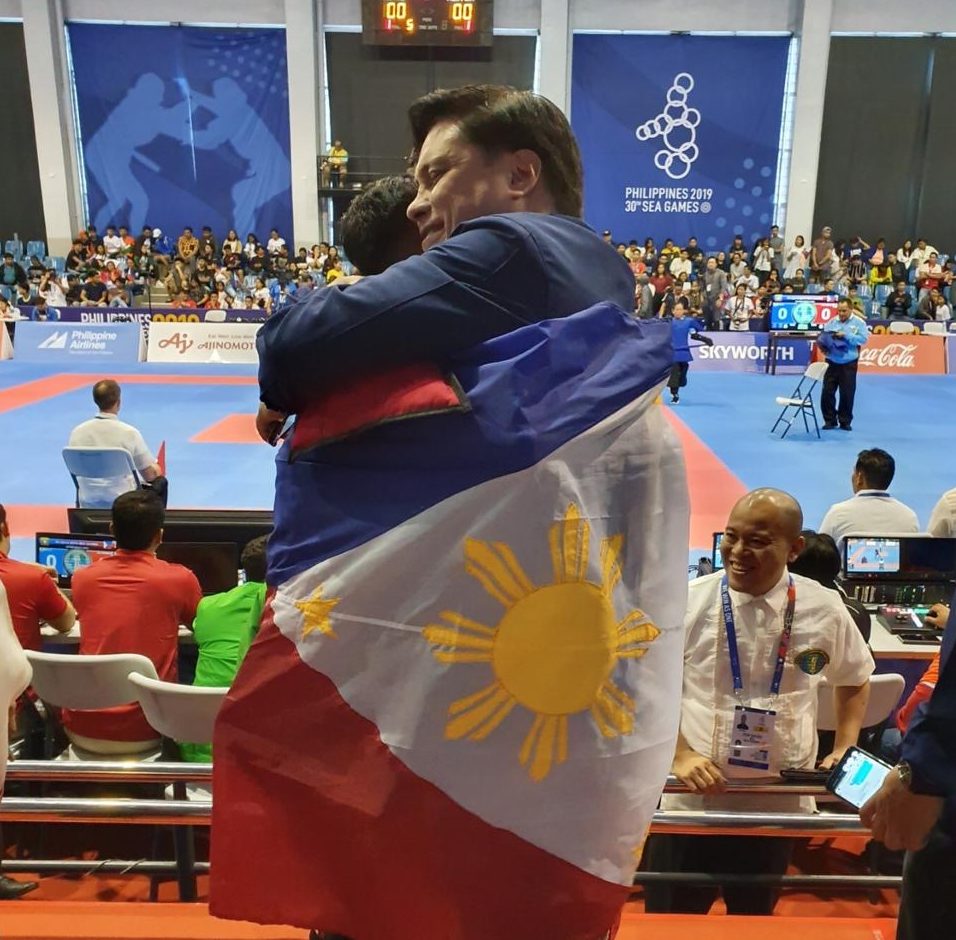 “I promised 12 gold medals, and we delivered 14,” Zubiri said after giving cash incentives and a Hong Kong Disneyland trip to his players. “I could not have asked for anything more from my players. They did a great job.”

Zubiri believes the team could have gone for 16, if not for a spate of bad luck in two form events.

“Form events are subjective,” Zubiri said. “Judges make the decisions in terms of style, movement and technique. We just didn’t get the breaks in those events.”

During the closing ceremonies of arnis, Zubiri led the passing of Lapu-Lapu’s “sword” to team Vietnam with hopes of arnis being included in the 2021 Games in Hanoi.