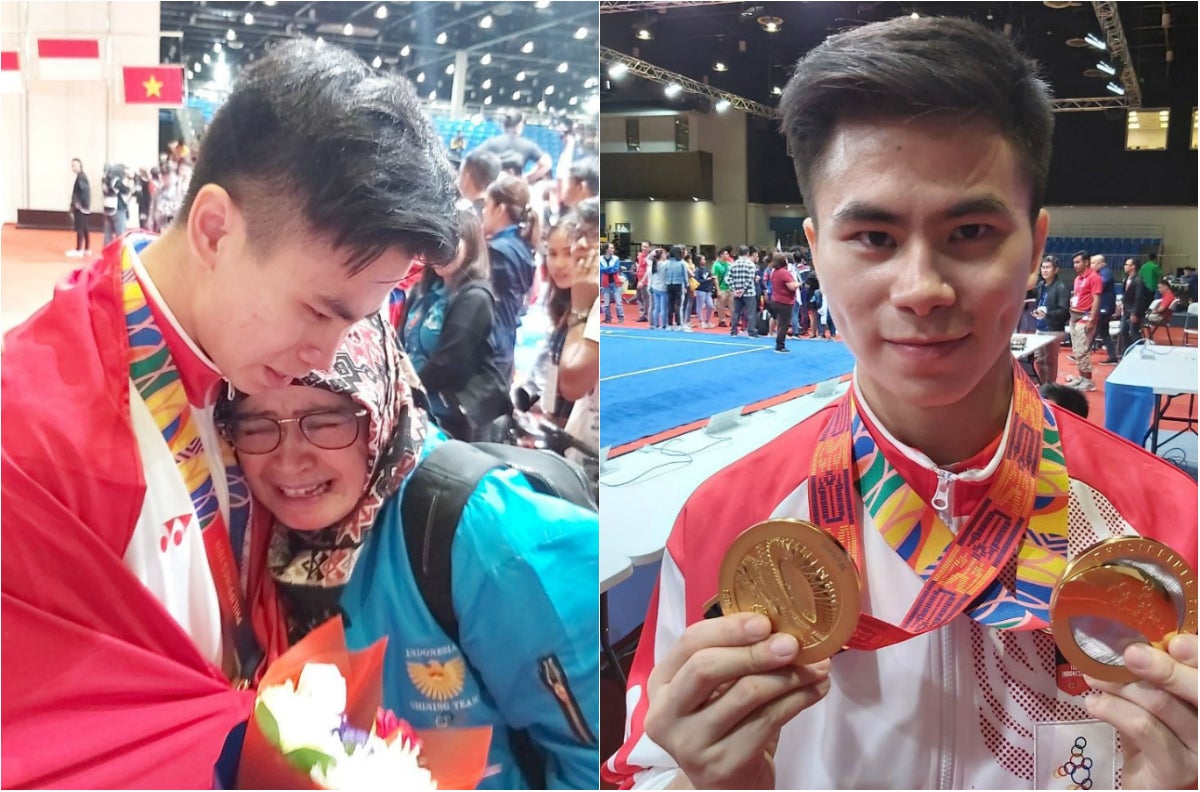 MANILA, Philippines–Indonesia’s Edgar Xavier Marvelo was left in tears after his golden performance in wushu in the Southeast Asian Games.

But they were not just tears of joy as the 20-year-old Edgar learned his father succumbed to illness the same day he delivered two gold medals for the Indonesians.

According to Jakarta Post, Edgar’s father Lo Thiang Meng had a heart condition and was hospitalized the day the wushu athlete arrived in Manila on Monday. The team got the call about his death at 1 a.m. on Tuesday.

But, in the best show of grit and professionalism, Edgar pushed past tremendous pain and grief to give his country what he had also promised his late father, who was an avid follower of his career.

He won the top plum in men’s daoshu/gunshu combined category and the men’s team event for taolu duilian on Tuesday.

“I promised that I would do [this] for him,” Edgar told the Indonesian publication while battling tears.

According the official Facebook of 2019 SEA Games, members of the Indonesian wushu team were also moved to tears by Edgar’s showing.

Initially, Edgar’s family wanted to withhold the information from Edgar so he could focus on the SEA Games first, but his coach decided to let her athlete know.

“I told him, just let it out. And he cried. We hugged for quite a while. After that, he was ready to warm-up at eight,” said Indonesian wushu head coach Novita in the report.

It was not the first time that Edgar had to compete while his father’s illness loomed over his head. In October, his father was also hospitalized while he was at the World Championship in Shanghai, China.

Edgar went home to his hometown Wednesday morning. His father is reportedly scheduled to be cremated on Saturday.