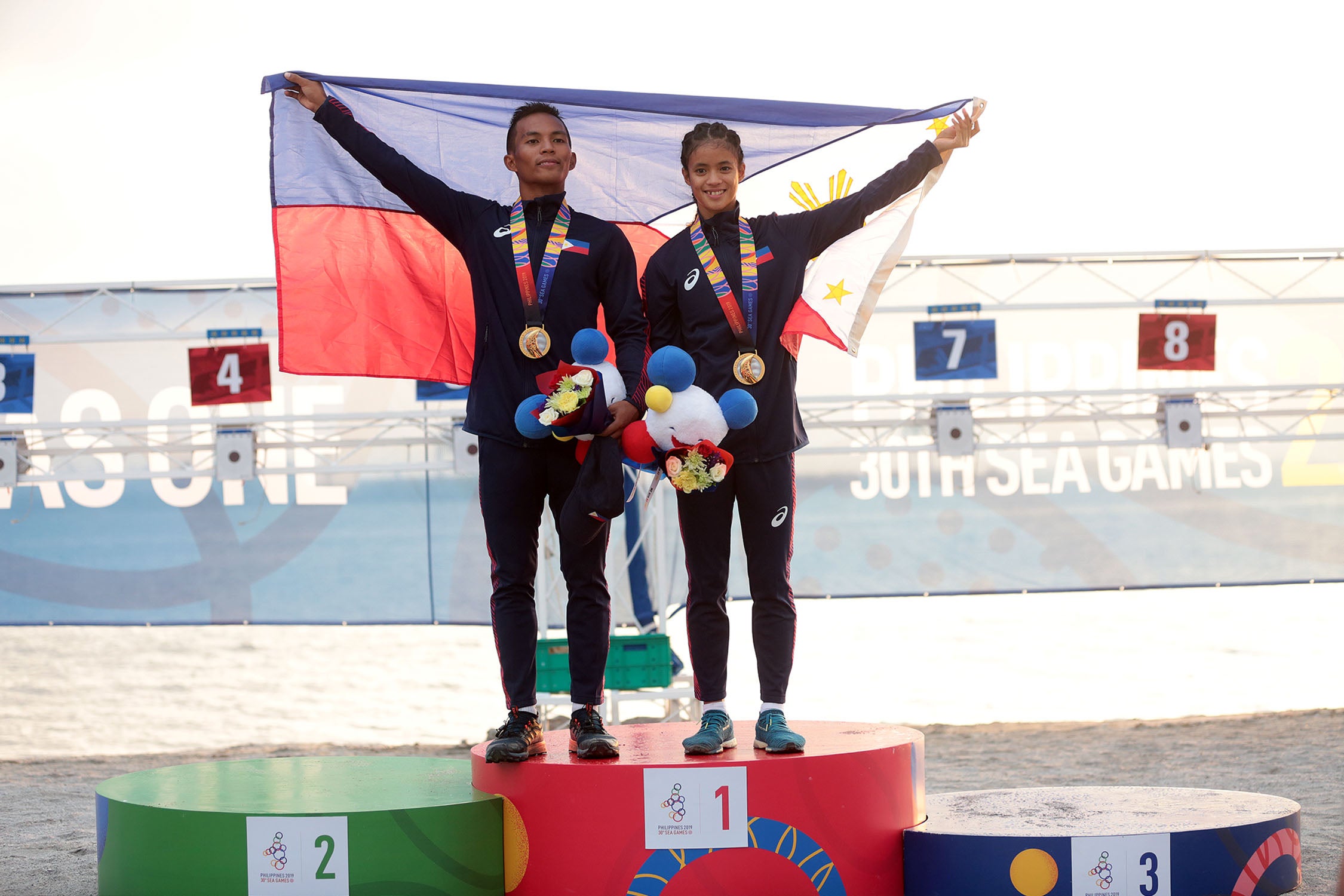 When everything seemed to be going south for Filipino athletes in this former US Naval base, the tandem saved the day with a much-needed gold medal after submitting the fastest time of 13 minutes and 27.34 seconds among five participants.

“We really wanted to go all out in the relay after our performance in the individual races,’’ said the 18-year-old German in Filipino, who claimed the silver medal in the men’s beach laser run early in the day.

It was likewise a magnificent form of redemption for Arbilon, who missed the podium after placing fourth in the women’s individual race.

“I was out of focus this morning. I had to adjust my mindset going into the race,’’ said the 17-year-old Arbilon, who was discovered by Ormoc City Mayor Richard Gomez along with German.

Competitors are required to shoot a target with a laser pistol five time from 10 meters before breaking into an 800-meter run, a routine they will repeat four times in a row.