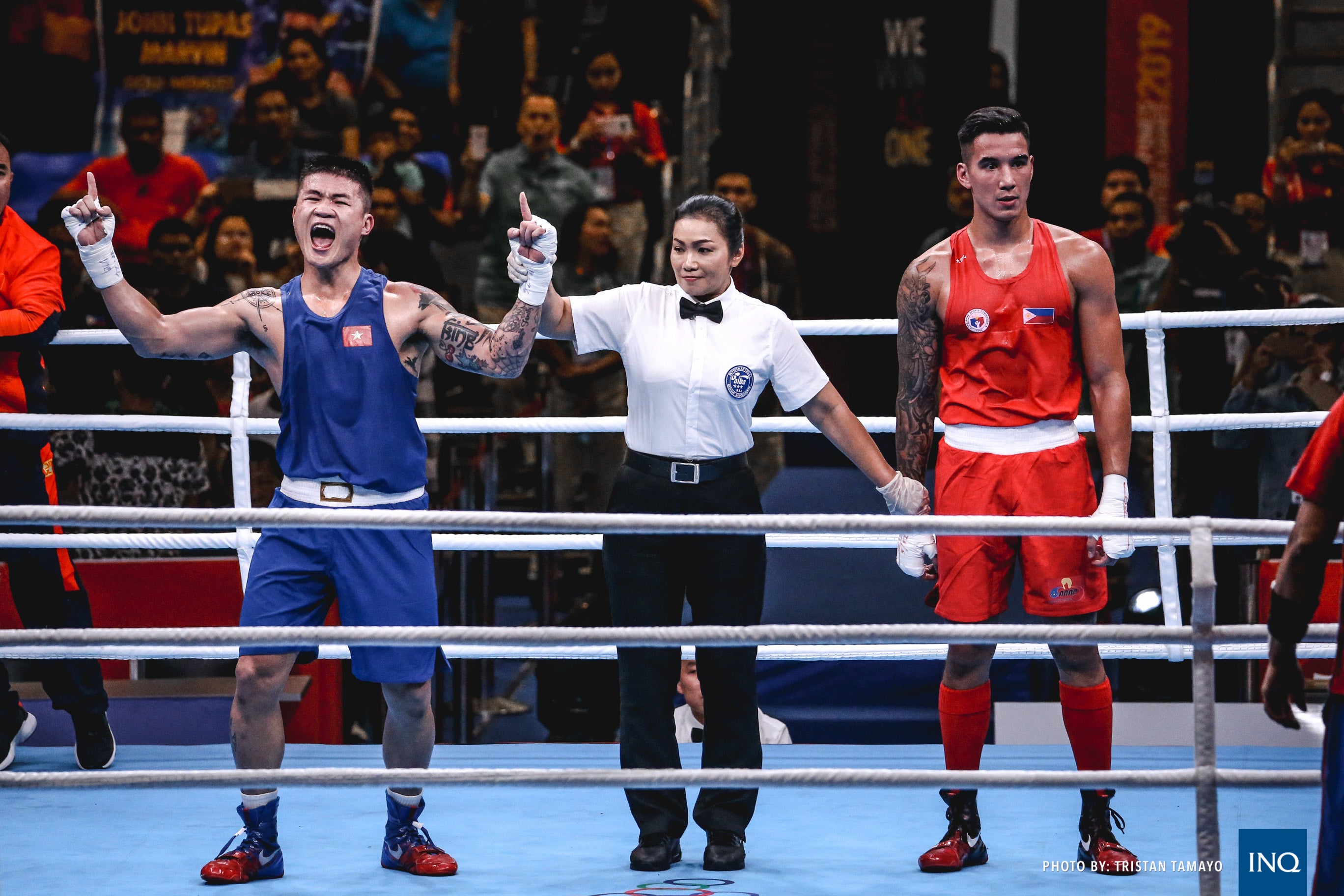 Truong landed a cracking right overhand in the middle of Marvin’s guard, sending the 2017 SEA Games gold medalist to the mat in the first round.

Marvin tried to fight fire with fire in the second and third rounds to get the judges’ favor but Truong had built enough of a lead to escape with the win and advance to the semifinals.

“This is boxing, you win some, you lose some. I’m humble in victory as I’m humble in defeat,” said Marvin who shared an emotional moment with 2017 middleweight gold medalist Eumir Marcial after the bout.

Marvin landed his own 1-2 combinations in the third round and even connecting with booming right hook but Truong’s knockdown in the first round was too big of a difference for the Fil-Brit to close out.

“He was the better fighter, I didn’t bring it. It’s a shame I didn’t defend my title but there’s always next time. What’s happened is done now he’s taken the victory and good luck to him to the rest of the tournament.”

Marvin is the first Filipino boxer to get eliminated so far in the tournament.