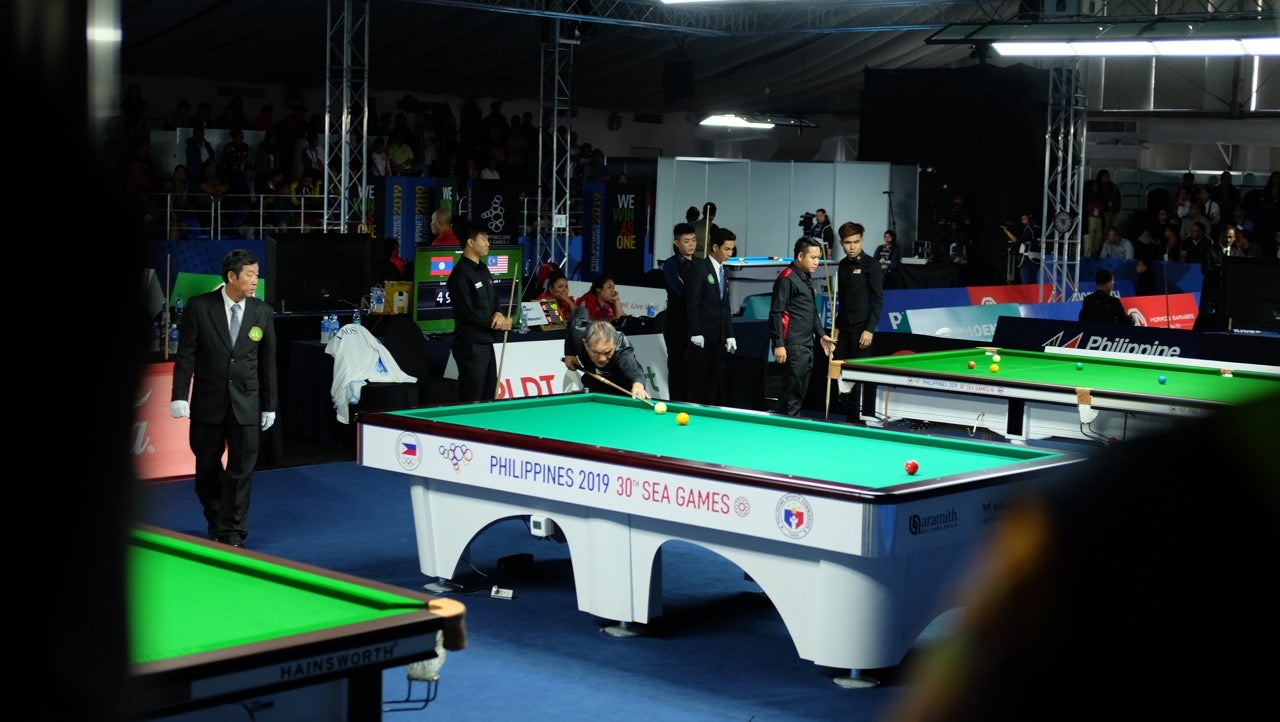 MANILA, Philippines–As Efren “Bata” Reyes wrapped up what could be his last tour of duty for the Philippines, the beloved pool icon feels that he has used up his bag of tricks.

“The magic is gone now,” Reyes said in Filipino.

“I can’t hit the masse shot anymore,” he added. “I can’t use my left anymore.”

It wasn’t evident, though, to the people who still milled around the pool shark, whose mere appearance used to be enough to shake opponents’ confidence. Fans, volunteers and even fellow athletes still lined up for photos with the guy everyone calls the “Magician.”

Over at social media, fans ranted at the lack of a better livestream link to his duel with Thailand’s Thongchai Punyawee, a foe he beat easily, 100-37, in the one-cushion carom event of billiards in the Southeast Asian Games.

“I wasn’t nervous at all,” he said shortly after the victory which earned him a ticket to the semifinal—and brought him closer to a SEA Games gold medal–something missing in his vast trophy case.

He dominated the Thai ace like the Bata of old, the one with the penchant for crafting shots from almost impossible angles.

And fans were thrilled.

“It’s crazy how he still has it,” said a man in his 50s, who was tried to keep his voice down as he cheered every time Reyes put together successive shots.

“I was in elementary the last time I saw him,” a lady cop securing the venue’s makeshift stands told her parter on duty at Manila Hotel, where the billiards competition was being held.

But Reyes admitted that he was near the end, and that this Games may be a final love letter to his fans.