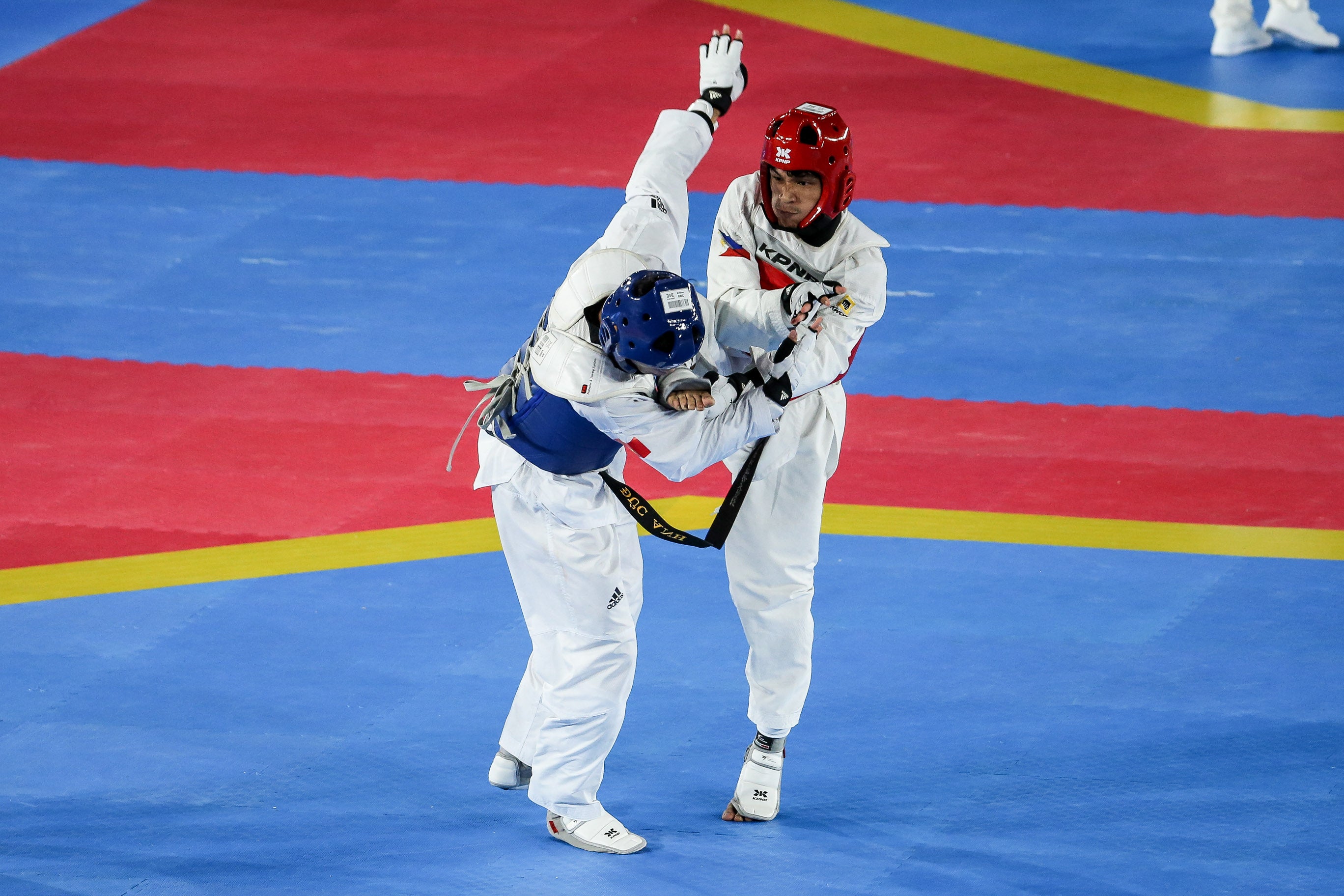 MANILA, Philippines—Arven Alcantara came up short in his spirited comeback and settled for the silver medal in the 68 kilograms taekwondo final in the 2019 Southeast Asian Games Sunday at Ninoy Aquino Stadium.

Alcantara lost to Thailand’s Lakchai Hauihongthong, 24-22, in the gold medal match despite a late rally to even take a 22-20 lead.

Hauihongthong landed a scissor kick as the two were falling to the ground to set the final count.

A bit of confusion ensued when Hauihongthong’s kick was initially ruled illegal but after a lengthy video review, the referee and the technical committee ultimately handed him the point.

After trailing 13-5 earlier in the bout, Alcantara unleashed a mad rush of offense to take a 14-13 lead after a stiff body kick.

He was the first Filipino jin to fall in the final in Day 2 of the taekwondo competitions.