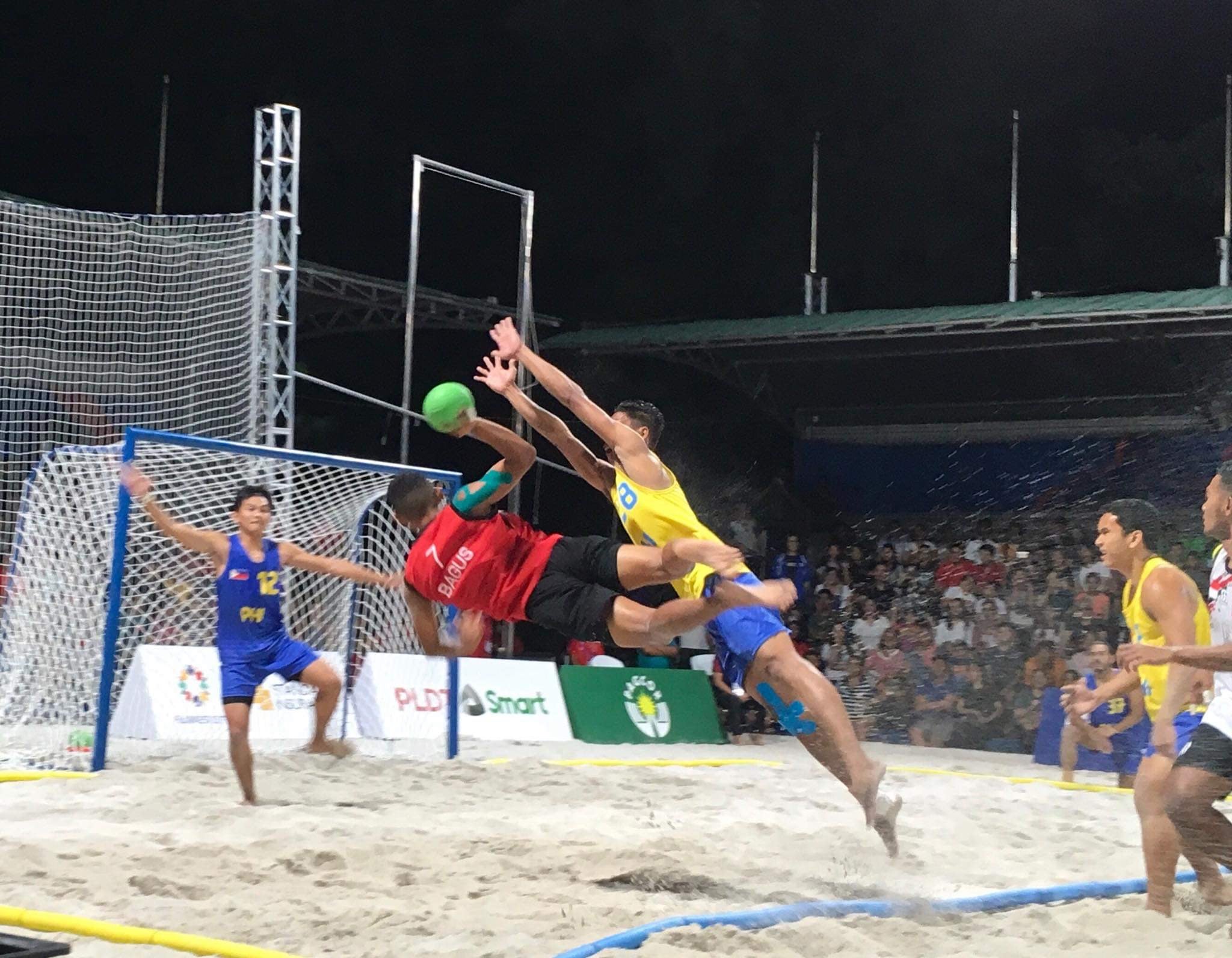 SUBIC BAY FREEPORT—The Philippine men’s beach handball team is two steps away from clinching a historic gold medal and close out a superior campaign for the country in the 30th Southeast Asian Games.

With the supreme consistency of Rey Joshua Tabuzo in attacking the goal plus Mark Vincent Dubouzet and Jamael Pangandaman helping out on the offensive end, the Filipinos were able to pick up a second straight win, 2-1, at the expense of Indonesia.

“The game could have gone either way, but we made the right stops and converted the crucial shots,’’ said head coach Jana Franquelli, whose squad blanked Singapore, 2-0, the other night at the Subic Tennis Court here, which was converted into a beach handball facility.

Prakoso Bagus and Alfred Lolaroh joined forces for the Indonesians, who sent the match, witnessed by a predominant sellout hometown crowd, to a shootout after they bounced back in the second period.

An Olympic sport, handball has six players moving freely on the court aside from a goalkeeper for both teams. They pass the ball with the aim of scoring into the goal of the opposing squad. A standard match consists of two periods of 30 minutes each.

The Filipinos, unbeaten in two games, are scheduled to face Vietnam on Tuesday and Thailand on Wednesday, the final match of the Games hours before the closing ceremony at the New Clark City Athletics Stadium in Capas, Tarlac on the same day.

“So far, we have a good chance for a podium finish. If we’re lucky against them (Vietnam and Thailand), we win the gold,’’ said Franquelli.