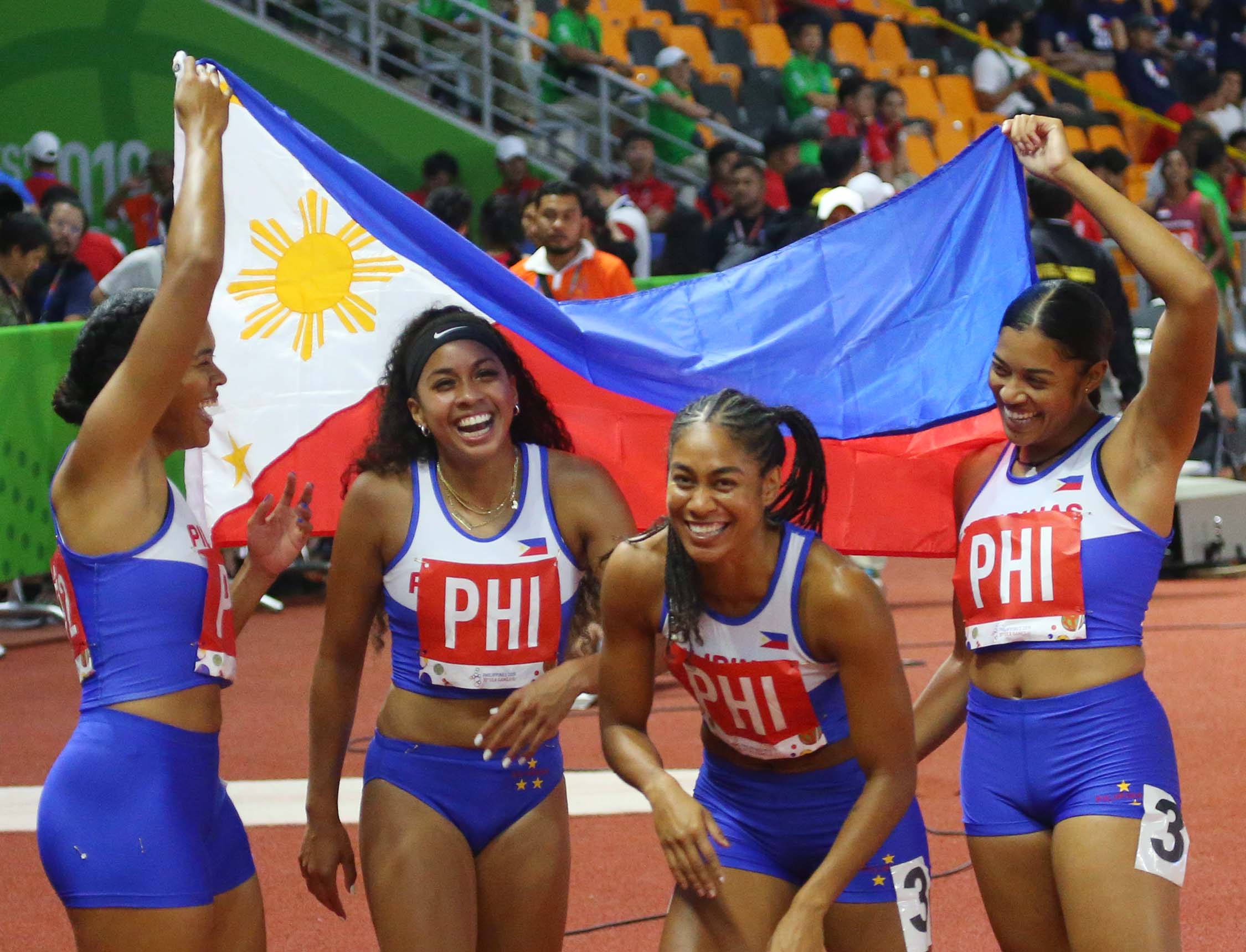 NEW CLARK CITY — Thailand sprinted with golds in the men’s and women’s 4X100-meter relays Monday, frustrating the hometown bets who settled for bronze and silver, respectively.

The women’s team, composed of Kristina Knott, Zion Corrales Nelson and sisters Kayla and Kyla Richardson, put up an exciting chase down to the finish.

But Knott, the team anchor and 200m champ, just fell short as the Thais finished in 44.38 seconds. The Philippines timed 44.50 seconds, while Vietnam arrived 45.17 seconds.

The men’s team, struggling in transition and slow start, paled in comparison to the defending champions. The Thais pulled way from the field in the last 100 meters and arrived at the end with practically no one behind them.