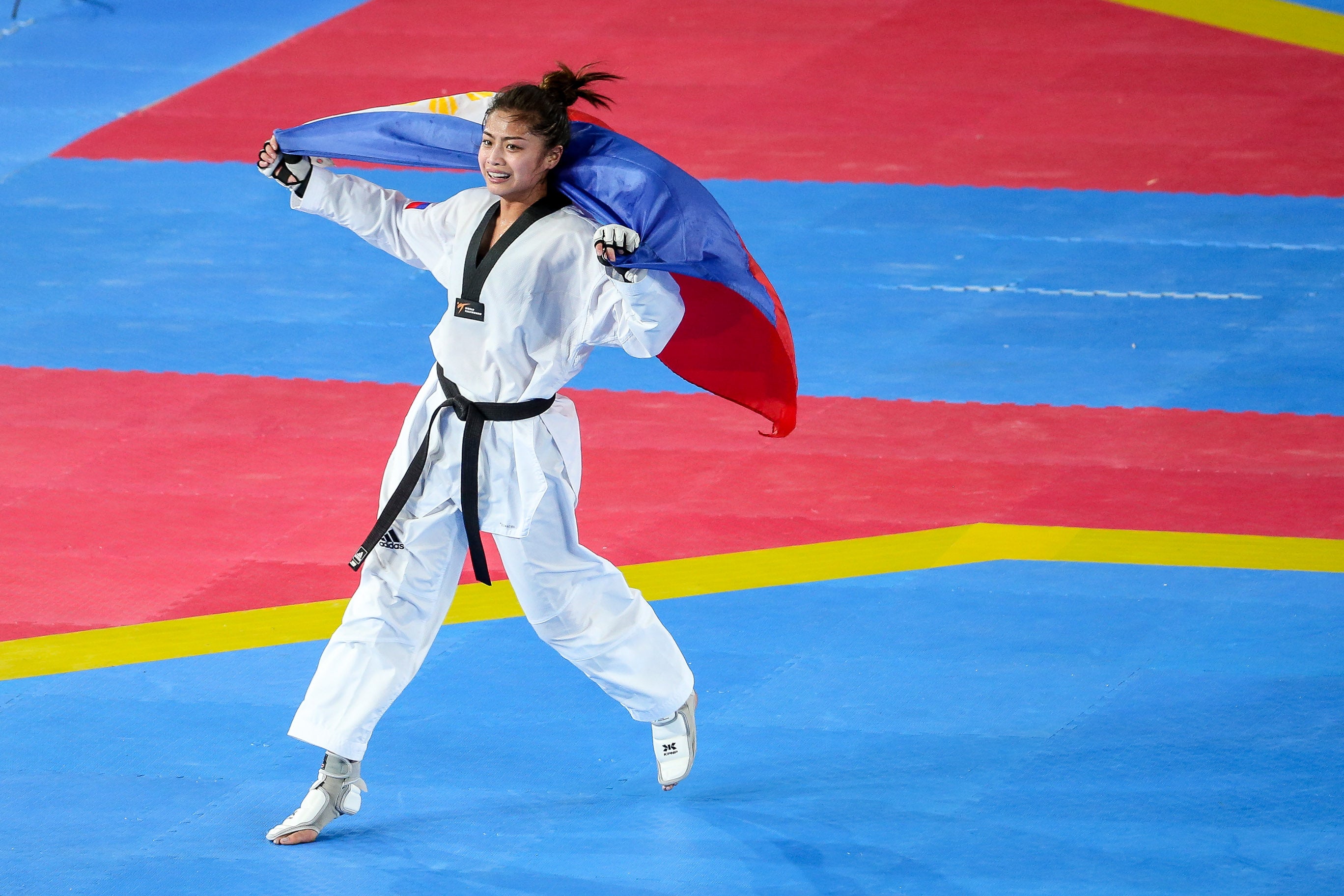 Pauline Lopez, the under-57 kilograms gold medalist, said their impressive haul on Sunday at Ninoy Aquino Stadium was a testament that the team, indeed, has a lot of kick.

“There’s so much support from our association [Philippine Taekwondo Association], from the Philippine Sports Commission and Philippine Olympic Committee, and everyone’s backing us up.”

Lopez beat Aliza Chhoeung of Cambodia, 12-4, for the gold medal in a masterful display of methodical patience.

The 2017 Korea Open gold medalist started off with a 4-0 lead then taking a 7-2 buffer with a head kick.

Lopez, who is also a 2018 Asian Games bronze medalist, then finished off the match with a beautiful roundhouse kick to Chhoeung’s head for the final points of the match.

The victory also meant more for Lopez, personally, because this was the first time in a decade that her parents were able to watch her in an international competition.

“It means so much to me because, one, it’s our home court, two, it’s the first time my parents are watching me compete internationally after 10 years,” said Lopez.

The former Ateneo star was one of the three gold medalists from the Philippines but she also couldn’t help but feel sorry for her four teammates who finished with a silver plum.

“It was a different vibe mainly because of my teammates because we’re helping each other although it’s an individual sport,” said Lopez. “We really need to get that boost and seeing my teammates who were getting silver medals was heartbreaking.”

“I know how hard each one of my teammates worked so of course I think each and everyone is deserving of that gold medal.”