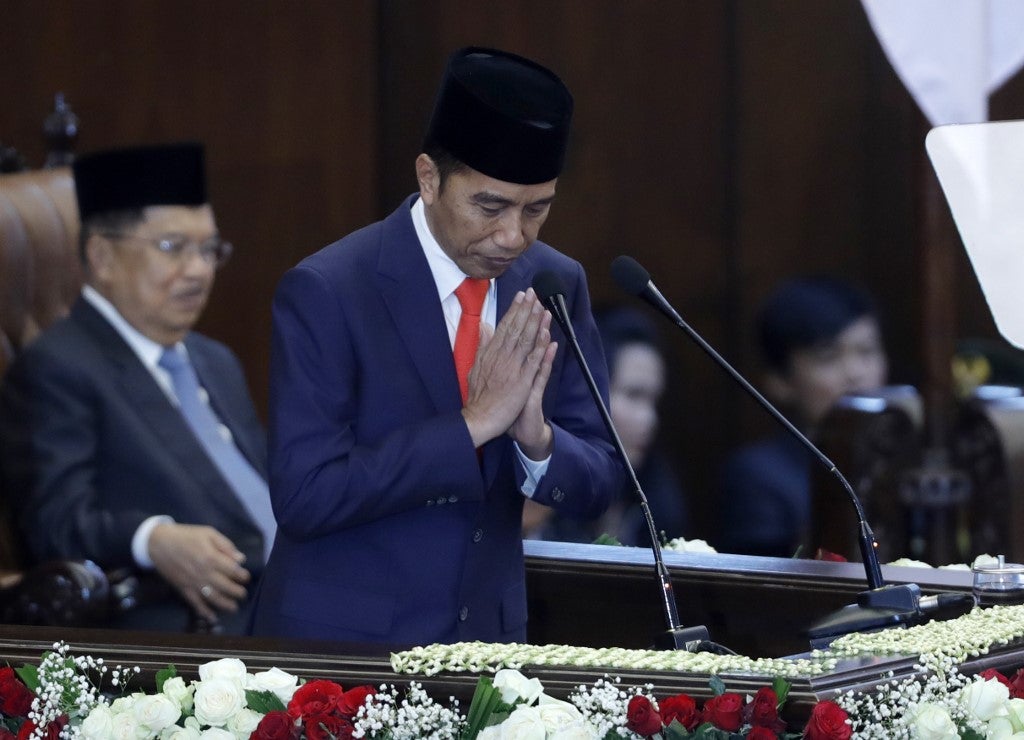 FILE – Joko Widodo gestures shortly after taking an oath as Indonesia’s President for his second five-year term during an inauguration ceremony at the parliament in Jakarta on October 20, 2019. (Photo by ADI WEDA / POOL / AFP)

President Joko “Jokowi” Widodo has expressed appreciation for Filipino surfer Roger Casugay for the latter’s heroic act in rescuing an Indonesian rival from being swept away by big waves in a 2019 SEA Games one-on-one race during the semifinal last week.

Jokowi posted a heartfelt message for the 24-year-old man on his official Twitter account @jokowi on Monday morning.

“My appreciation to Roger Casugay, a Filipino surfer who gave up his chance to win the gold medal in a bid to help an Indonesian athlete who fell [into the sea] during the competition,” Jokowi wrote on Monday.

“Winning a competition and upholding sportsmanship is important, but still, humanity is above all. […] Greetings from Indonesia,” he said.

The post has received more than 16,000 likes and more than 3,900 retweets as of Monday afternoon, with many Indonesians commenting that they were thankful for and proud of Casugay.

Twitter account @onwat29 wrote in the caption: “You are a true winner. A winner of the hearts of Filipino and Indonesian people.”

On Friday, news of Casugay went viral on social media after photos of him rescuing Indonesian Arip Nurhidayat at Monaliza Point, La Union, in the northern Philippines, were posted on a Facebook account owned by Jefferson Ganuelas.

One photo showed Casugay paddling to Arip’s assistance after he noticed that the Indonesian surfer’s ankle leash had broken and he was being swept away in the middle of the competition and “being pounded by triple overhead bomb waves”.

Another photo showed Casugay and Arip standing on the same surfboard while heading back to the shore.

Casugay won the gold medal for the men’s longboard surfing competition on Sunday.