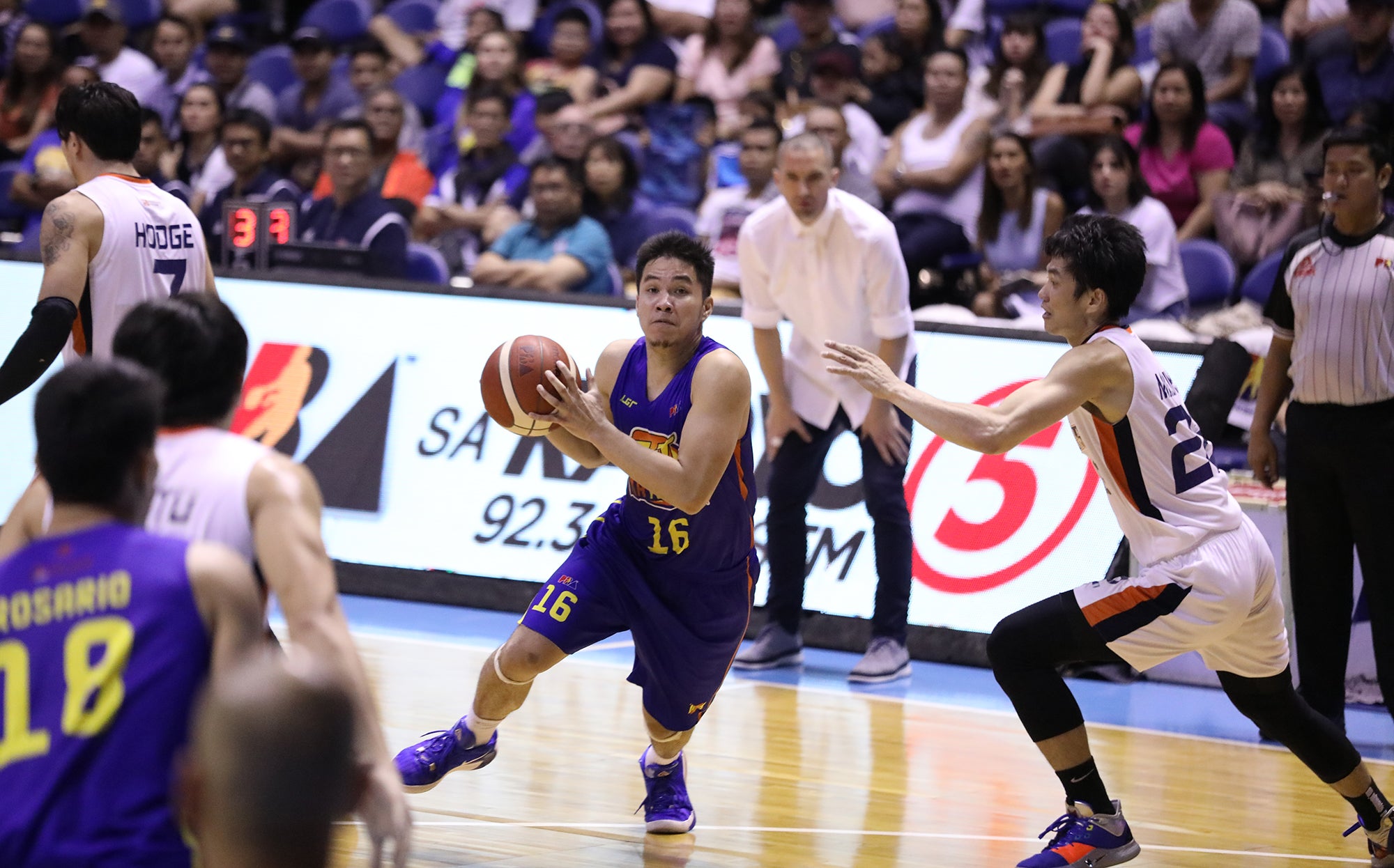 MANILA, Philippines — Roger Pogoy was a game time decision heading into Game 1 of the 2019 PBA Governors’ Cup semifinals between TNT and Meralco on Sunday night.

The KaTropa opted to play Pogoy in the all-important series opener and the veteran swingman did not disappoint.

Pogoy is still bothered by a back injury he suffered three weeks ago, but he showed no signs of it in helping his team cruise to a 103-94 win over the Bolts.

“First of all, I’m just fortunate to get enough rest to recover. Honestly, I’m still not 100 percent. It was even painful just the other day so I just took a rest and did not practice. I just tried to play through it,” Pogoy said in Filipino.

The 27-year-old Pogoy also rolled his right ankle on the first play of the game, but shrugged it off on his way to 18 points in 38 minutes of action.

“Game 1 is really the most important game in a series so we told ourselves that we’ll do everything to get Game 1 that’s why we were aggressive right from the start,” he said.

Pogoy, whose injury kept him from suiting up for the Philippine team in the 30th Southeast Asian Games, helped set the tone with six points in the first quarter before sparking a huge TNT run in the third with eight points.

Pogoy had the luxury of a long rest before the series against Meralco began, but it’s not going to be the case this time, with the semis played every other night.

“That’s the hard part because my back might hurt tomorrow after playing tonight. And earlier, I was able to play through it because of adrenaline,” he said.

TNT looks to go up 2-0 Tuesday night at Araneta Coliseum.