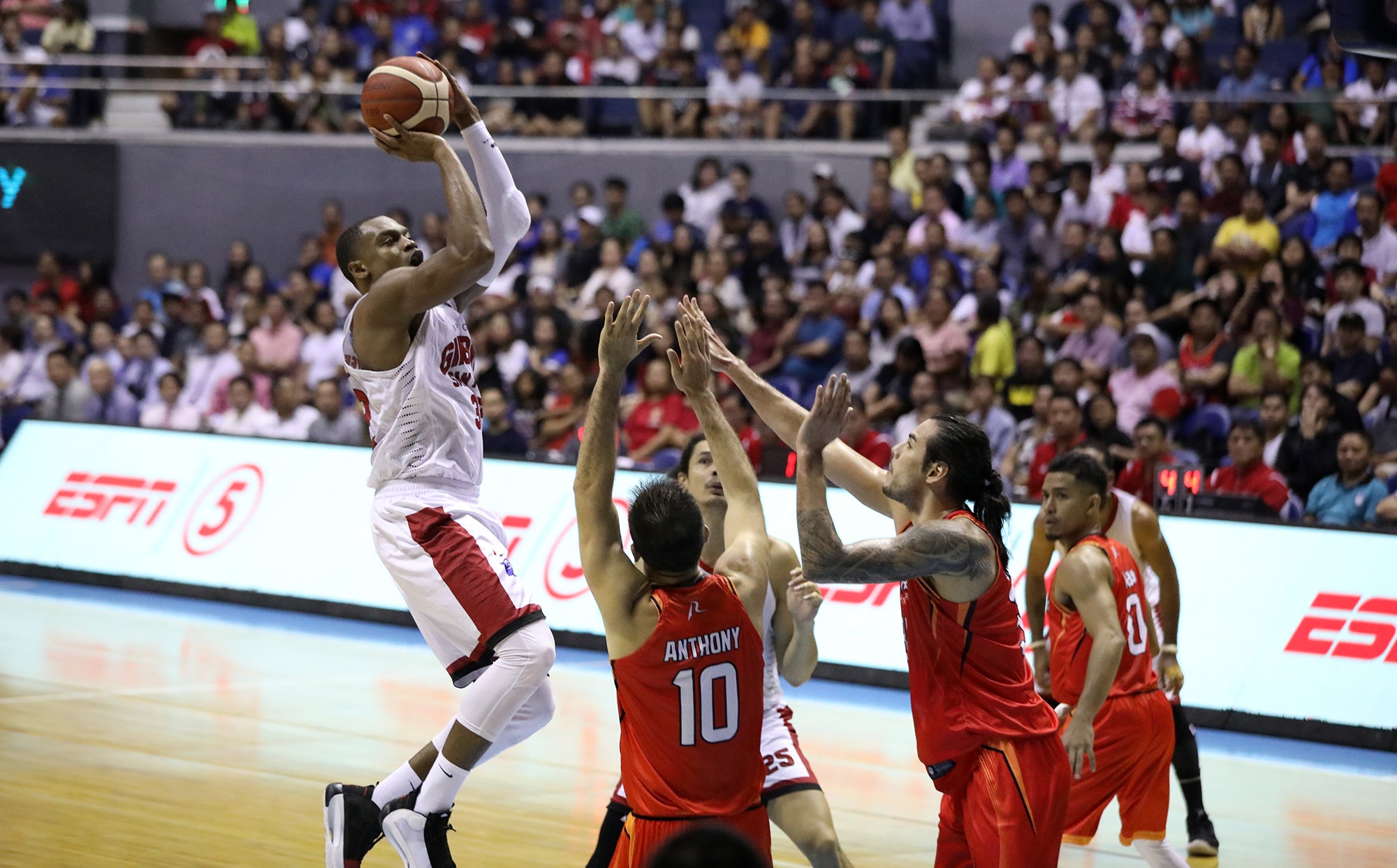 MANILA, Philippines — With its star-studded armada clicking, Barangay Ginebra on Wednesday night made NorthPort look so bad, taking a 2-1 lead in their best-of-five semifinal series in the PBA Governors’ Cup following a 132-105 victory at Smart Araneta Coliseum.

The Gin Kings slowly pulled away late in the second period and never looked back as they destroyed the Batang Pier for the second straight game to burst the confidence of the enemy heading into the potential series-clinching Game 4 on Friday.

“I really didn’t expect that. I didn’t expect us to play so well. We came out and we played really well,” said Ginebra coach Tim Cone.

“I thought we were in trouble early because Michael Qualls was on another planet. he was hitting everything. I think we wore them down with our depth,” added Cone, who also pointed out NorthPort’s lack of firepower with the absence of several of its key players, including Robert Bolick, Sol Mercado and Kevin Ferrer due to injuries.

Justin Brownlee was deadly and was just four assists shy of another triple double after just three quarters, which the Kings closed out sitting on a comfortable bubble.

Tim Cone could have rested Brownlee in the fourth, but opted to have his charges step on the gas some more just to gather more momentum for the fourth game.

Brownlee eventually finished with 41 points, 11 rebounds and seven assists and still got a lot of rest after sitting out the last seven minutes.