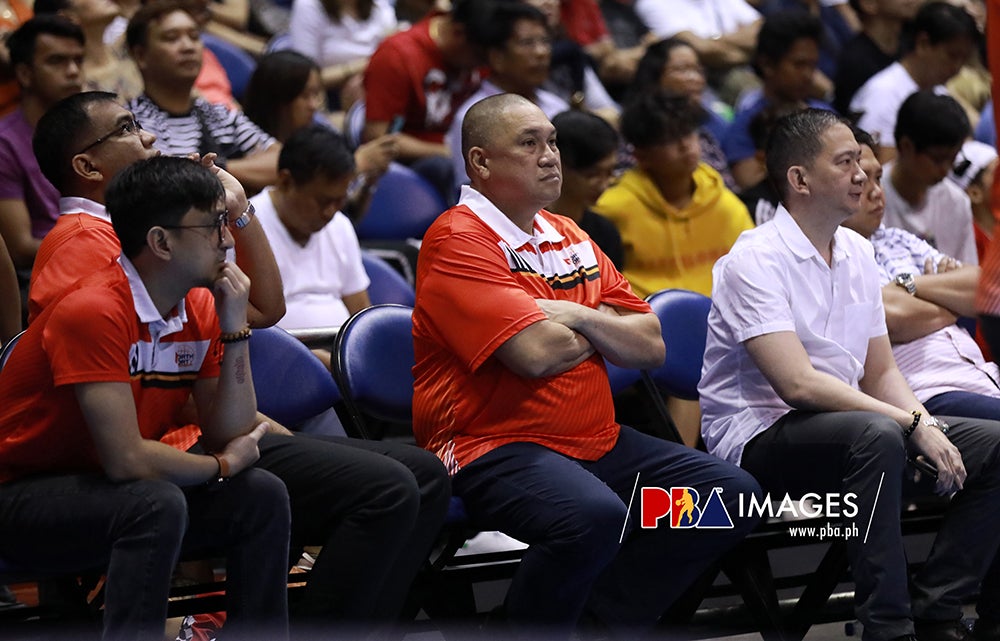 MANILA, Philippines—Not many deemed NorthPort as a contender heading into the conference with that label still belonged to the usual league powers in San Miguel, Magnolia, and Ginebra.

Yet, the Batang Pier rose under the radar after a couple of moves allowed them to form a roster worthy of notice.

Christian Standhardinger arrived to the team late into the Governors’ Cup and the Batang Pier finally had their hulking center in the middle to play alongside wings and guards such as Kevin Ferrer, Sean Anthony, and Robert Bolick.

Bolick, however, suffered an ACL injury in the elimination round, but despite the star rookie’s absence, NorthPort still went on an inspired run going as far as the semifinals where it fell to Barangay Ginebra in four games.

“We’re still okay, actually we overachieved,” said Jarencio, whose squad took down top seed NLEX in the quarterfinals, in Filipino after the 120-107 loss to the Gin Kings in Game 4 Friday night at Smart Araneta Coliseum. “Nobody expected us to be here.”

The Batang Pier’s semifinals run was the farthest they reached this season after suffering a couple of quarterfinals exits in the first two conferences.

But it took a couple of bold moves for NorthPort to get to the semifinals.

The Batang Pier first shipped their franchise player Stanley Pringle to Ginebra for Ferrer, Jervy Cruz and Solomon Mercado during the Commissioner’s Cup before sending much-improved big man Moala Tautuaa to San Miguel for Standhardinger late in the third conference.

And it doesn’t seem like NorthPort is done making moves, but Jarencio is leaving that up to the management as he is more concerned about bringing the best out of his team.

“I can’t say. It’s the call of the management when it comes to changes,” said Jarencio. “As for us, we’re always preparing for the next conference and whoever’s in the lineup will fight.”