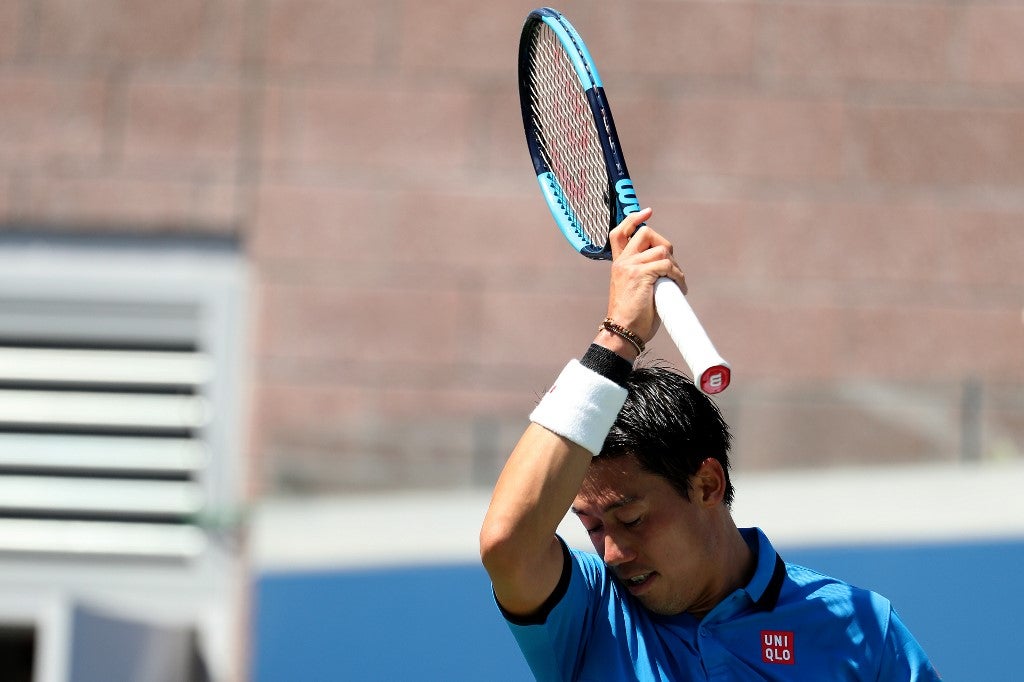 FILE – Kei Nishikori of Japan reacts during his Men’s Singles third round match Alex de Minaur of Australia on day five of the 2019 US Open at the USTA Billie Jean King National Tennis Center on August 30, 2019 in Queens borough of New York City. Al Bello/Getty Images/AFP

Japanese star Kei Nishikori pulled out of the Australian Open and the inaugural ATP Cup Monday as he continues to struggle with an elbow injury that has kept him out since the US Open.

The former world number four, who has slipped to 13, said he was disappointed not to be able to begin his season as hoped for in January.

“Unfortunately I have to pull out of the ATP Cup and the Aussie Open,” he said in statement.

“Today, together with my team, we have made this decision as I am still not 100 per cent ready or healthy to compete at the highest level.

“This decision was not taken lightly as Australia is one of my favourite places to compete,” he added.

Nishikori’s elbow needed surgery in October and he has not played since.

Yoshihito Nishioka will replace him as the top-ranked player in Japan’s ATP Cup team in Perth. Yasutaka Uchiyama also withdrew from the event earlier this week, with Toshihide Matsui called up instead.

Nishikori’s absence follows Britain’s Andy Murray also pulling out of both tournaments over the weekend with a pelvic injury.

The innovative ATP Cup, from January 3-12, offers $15 million in prize money and a maximum of 750 singles and 250 doubles ATP rankings points in the new men’s warm-up tournament for the opening Grand Slam of the year.

It will see 24 nations split into six groups, with eight teams emerging from the round-robin stage to compete in the knockout phase.

Sydney will host the finals, along with group games which will also be held in Brisbane and Perth.