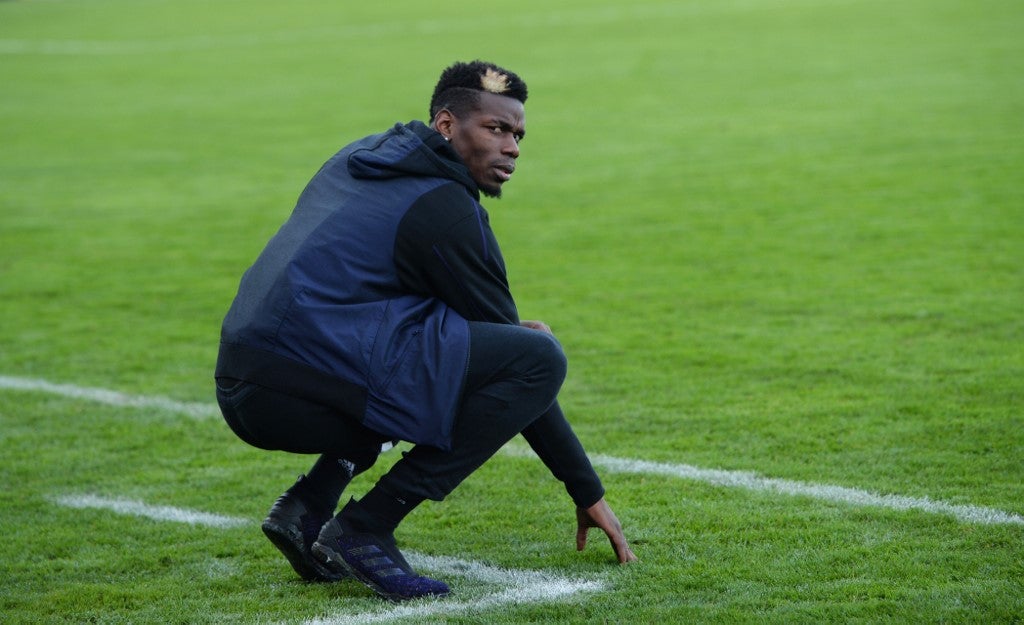 FILE – Manchester United and France midfielder Paul Pogba reacts on the pitch prior to a gala football match between All Star France and Guinea at the Vallee du Cher Stadium in Tours, central France, on December 29, 2019, as part of the “48h for Guinea” charity event. (Photo by GUILLAUME SOUVANT / AFP)

Paul Pogba will undergo surgery on a recurring ankle injury and is expected to spend another month on the sidelines, Manchester United manager Ole Gunnar Solskjaer confirmed after his side’s 2-0 defeat to Arsenal on Wednesday.

The French World Cup winner made his comeback after nearly three months out in a 2-0 defeat at Watford 10 days ago and also made an appearance off the bench in a 4-1 thrashing of Newcastle four days later.

“We’ve had scans and it’s nothing major, it’s something that has to be sorted and dealt with. He’s been advised to it as soon as,” said Solskjaer.

Pogba has made just six starts in all competitions for United this season and his influence in midfield has been badly missed with United sitting fifth in the Premier League.

His latest setback comes at a bad time for Solskjaer with Scott McTominay also sidelined for two months leaving the Norwegian extremely short on midfield options.

“It’s a big blow that Paul is out now that Scott’s out, he’ll be out for a few months. Paul will be back within a month.”

Speculation also surrounds Pogba’s future at Old Trafford after he expressed a desire to leave the club before the start of the season.

Real Madrid reportedly remains interested in the man who cost United a then world record £89 million ($117 million) in 2016, but no move is expected to be made in the January transfer window.

And Solskjaer denied suggestions it is Pogba’s own medical team rather than the club’s which has suggested to undergo surgery at this time.

“We look after our players’ health,” added Solskjaer. “It’s been advised that he should do it as soon as possible.”