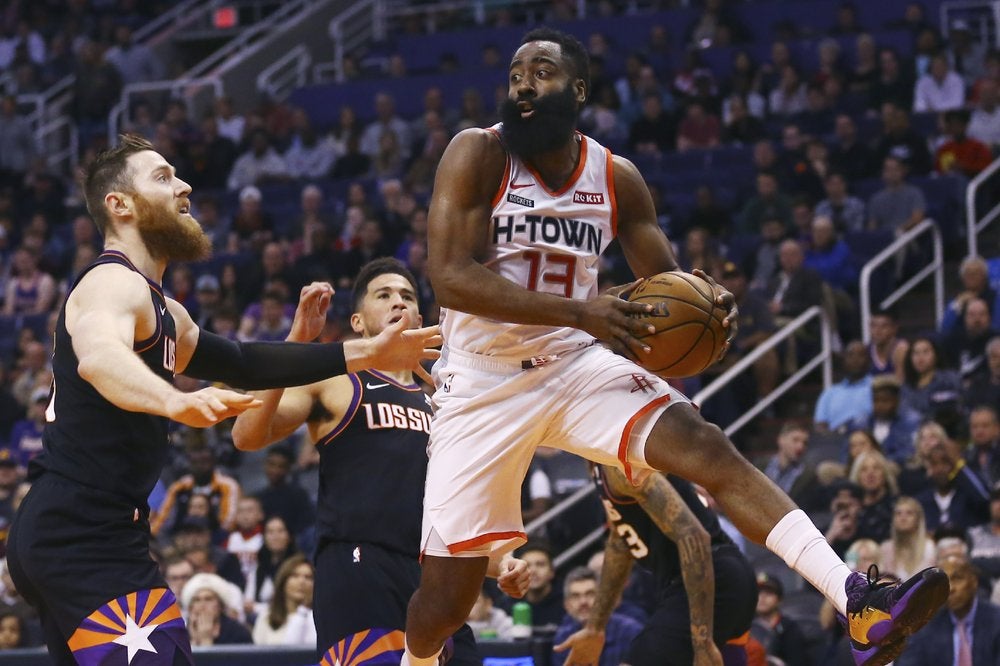 Houston Rockets guard James Harden (13) looks to pass the ball as he gets past Phoenix Suns center Aron Baynes, left, and guard Devin Booker, second from left, during the first half of an NBA basketball game Saturday, Dec. 21, 2019, in Phoenix. (AP Photo/Ross D. Franklin)

MANILA, Philippines—The 2010 came to a roaring close with the customary fireworks, ball drops, and of course countless celebrations.

With the turn of the decade, there are also records set and the NBA is one of those avenues were sporting greatness was seen in full artistic display.

ESPN compiled the men and teams that defined the 2010s and those included the top-flight athletes that did the most in terms of triple-doubles and three-pointers—the two areas that practically made this decade more fun to watch.

Yet, out of all the individuality seen in the game the wins are still the most important and the San Antonio Spurs came away with the mot victories this decade with 554, four of which secured the 2014 title.

The Oklahoma City Thunder, which lost to the Miami Heat in the 2012 Finals, was the second winningest team with 515.

In the other end of the spectrum are the teams that performed the worst with the Sacramento Kings taking the most beating with 522 losses while the Minnesota Timberwolves fared a little better with 510 defeats.

Now come the individuals who truly redefined the 2010s starting off with two-time MVP Stephen Curry who drained a league-best 2,452 threes and lead the Golden State Warriors to three championships in 2015, 2017, and 2018.

2017 MVP Russell Westbrook, who became the picture of a triple-double, led the league in the statistical achievement with 143 and that is 81 more than LeBron James.

Harden may have came in second to Curry in three-point shooting but he led the scoring in the past decade with 19,578 points while James came in at second with 19,732.