Justin Brownlee deflects credit for Ginebra renaissance: ‘Everybody is a main factor’ 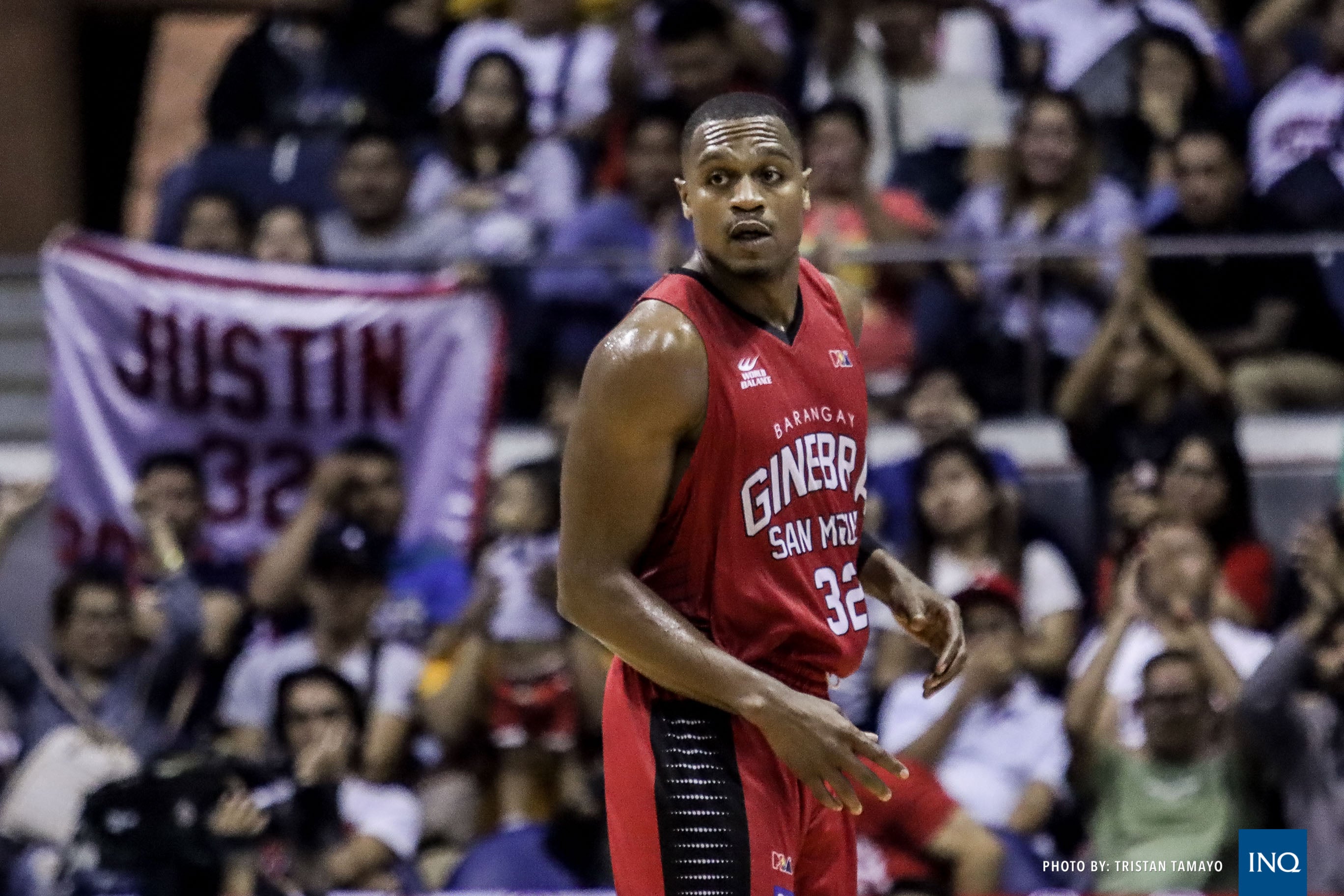 MANILA, Philippines—Justin Brownlee is by far one of the best imports Barangay Ginebra has had in its illustrious history.

The charismatic import has won two Governors’ Cups, one Commissioner’s Cup, and the 2018 Best Import of the Conference award and it can be argued that he was the driving force in the Gin Kings renaissance in the decade.

Ginebra, a proud franchise with indelible history, won zilch in the first six years of the 2010s before Brownlee, who was originally a replacement for the injured Paul Harris, arrived in the middle of the 2016 Governors’ Cup.

Justin Brownlee not satisfied with just a finals berth for Ginebra

Since the Gin Kings’ triumph in 2016, they went on to win another Governors’ Cup in 2017 and a Commissioner’s Cup in 2018 all with Brownlee as their import.

Despite the heroics he has given for Ginebra, including the title-winning three-pointer in Game 6 of the Commissioner’s Cup finals, Brownlee said that he’s not solely responsible for bringing his team back to the league’s royalty.

“I’m not the main factor, I think it’s everybody on the team,” said Brownlee Friday at Upper Deck Sports Center. “Even the guys who don’t get the same amount of minutes that the starters do, you know, everybody is a main factor.”

“Championships are not won in the game, you have to go out there, it starts with the preparation you put in during the preseason and throughout the whole conference.”

Brownlee and the Gin Kings have a chance to take their third Governors’ Cup in four years when they once again take on Meralco, their opponent in the previous two, in the finals starting on Jan. 7.

“I just the guy who comes into practice every day, working hard and giving it his best,” said Brownlee.

Taking on the Bolts for another go around at the title, though, made Brownlee nostalgic with all the similarities including the mere scheduling of the games.

Smart Araneta Coliseum was the sole venue in the 2016 series but the PBA decided to change things up for 2017 when the opener was played at Quezon Convention Center in Lucena, the next three at Araneta, then the final ones at Philippine Arena.

Justin Brownlee eager to help Ginebra get back on top

The 2019 series will open at the Big Dome, the site of Brownlee’s improbable buzzer beater, then Game 2 will be in Lucena with Games 3 and 4 going back to Araneta.

If necessary Game 5 would be at Mall of Asia Arena and the final two matches are scheduled at Philippine Arena.

“The way it’s set up is very similar and of course the teams have grown as a whole because of the new additions,” said Brownlee.

Meralco added size and wing depth in Raymond Almazan and Allein Maliksi while the Gin Kings added the potent firepower of Stanley Pringle in the guard spot.

“It’s going to be a great chance for both teams and hopefully we come away with another title.”