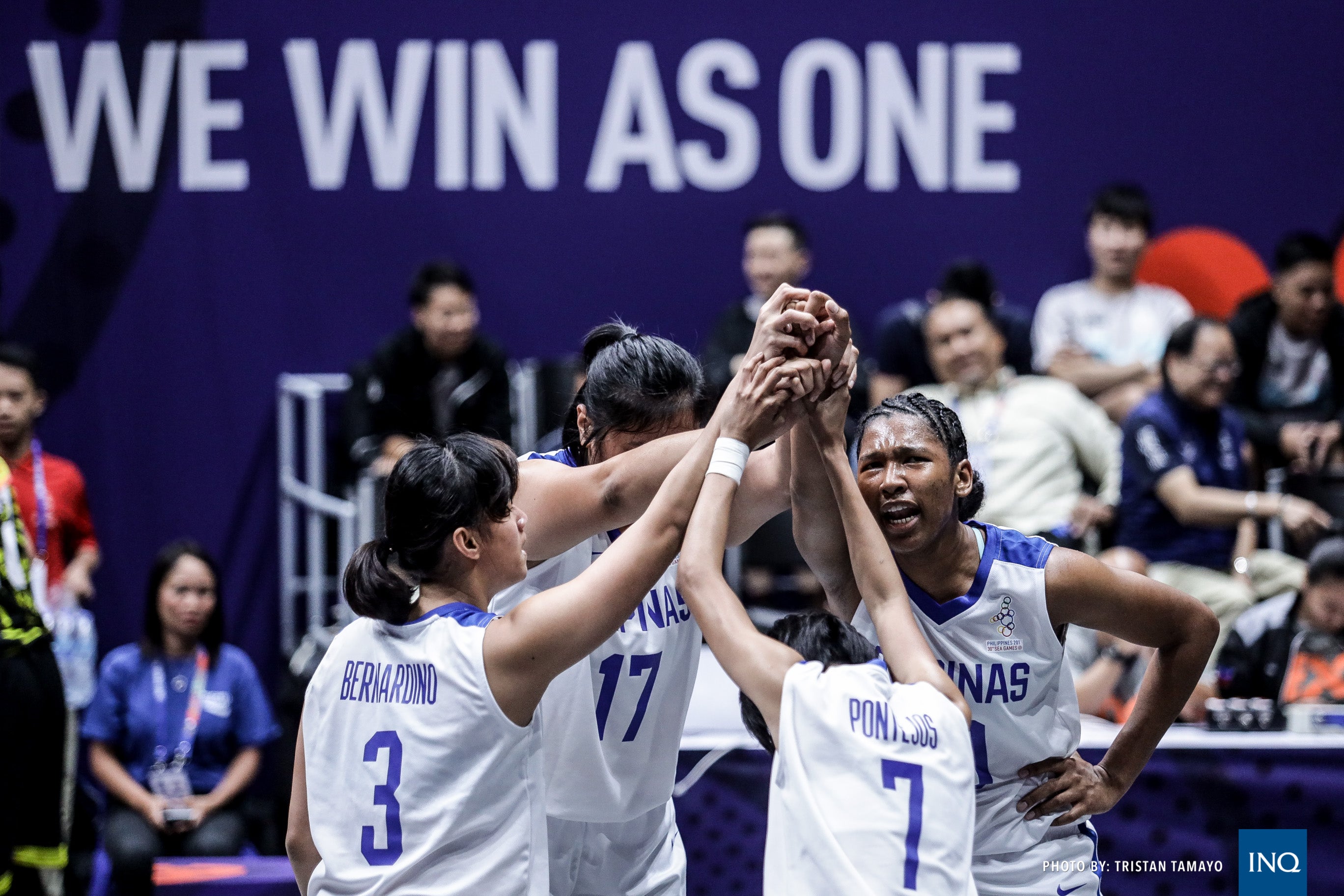 Gilas Pilipinas Women huddle up after picking up another win in 3×3 basketball in the 30th Southeast Asian Games. Photo by Tristan Tamayo/INQUIRER.net

MANILA, Philippines—Women’s basketball in the Philippines achieved great heights when the national team won a golden double in the 2019 Southeast Asian Games

This success in 3×3 and 5×5 formats spurred Chooks-to-Go Pilipinas 3×3 league owner Ronald Mascariñas to expand his competition to allow teams to field women lineups.

Mascariñas said the women’s competition in the 3×3 league will start in February with the hopes of the Philippines ultimately fielding a female team for halfcourt basketball in the 2024 Paris Olympics.

“For women’s basketball, 2019 was a breakthrough year,” said Mascariñas. “We renewed our commitment. We’re looking at making a 3×3 league for women and our target is automatic qualification. In the next four years, we should qualify in the top three.”

The Philippines earned a spot in the 2020 Olympic Qualifying Tournament for the men’s competition but Chooks-to-Go’s has also made its goal to help the women’s team achieve the success or more.

“For the 2020 Olympics, we almost made it with little activity, but if we organize a 3×3 basketball for women we have a good chance not just for the OQT but for automatic qualification,” said Mascariñas.

The league owner also handed out financial incentives to Afril Benardino, Jack Animam, Clare Castro, and Janine Pontejos—the four women who won gold for the Philippines in the women’s SEA Games 3×3—for their role in the growth of the sport.