ONE: Champ at 23, Joshua Pacio still working to get better every day | Inquirer Sports

ONE: Champ at 23, Joshua Pacio still working to get better every day 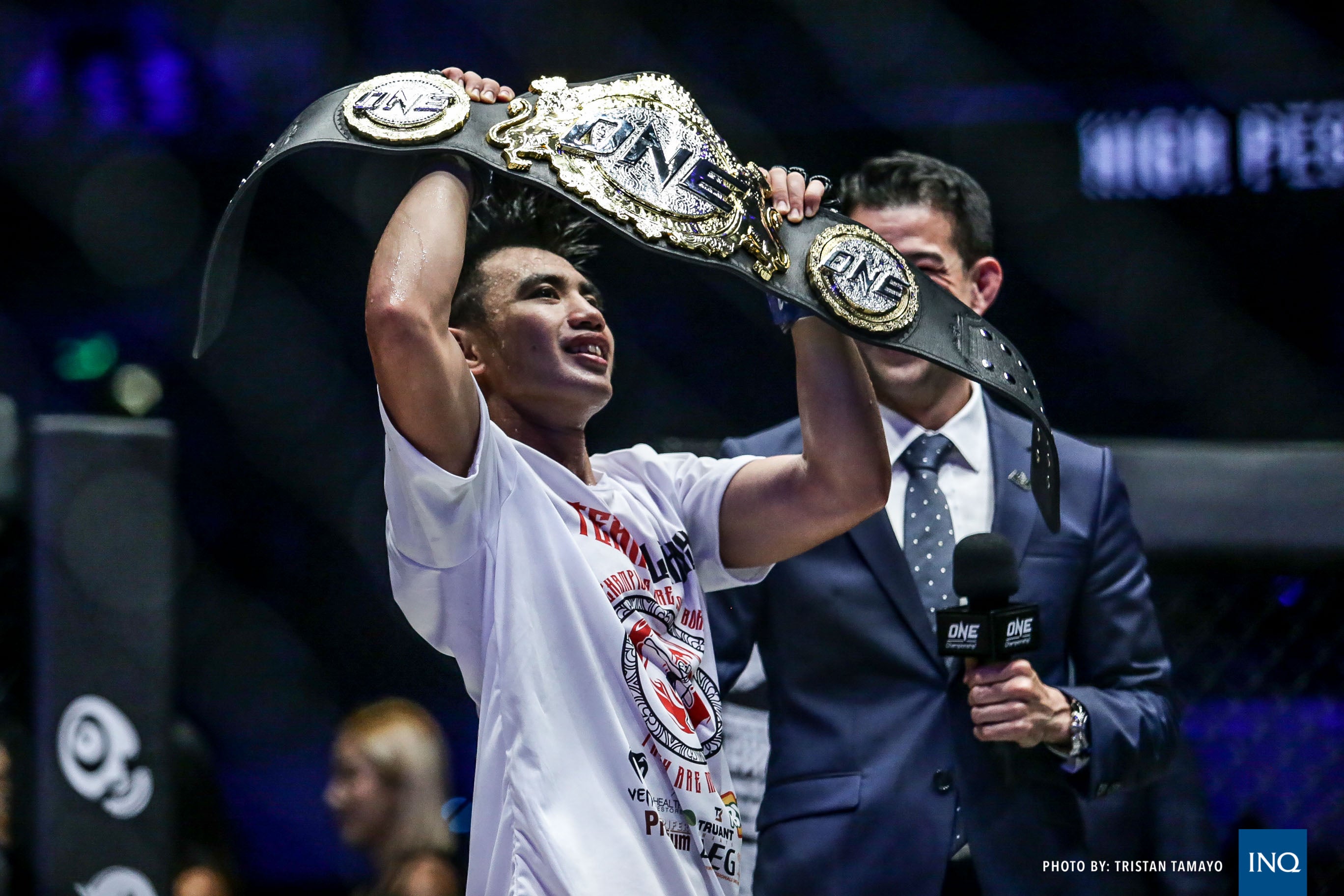 MANILA, Philippines—Joshua Pacio is a young man at 23 years old but his fight record already gives him a resume worthy of envy.

Team Lakay’s young stalwart holds a 16-3 record and has won the ONE World strawweight title two times, but Pacio insists that there’s still so much more on the table for him.

Pacio is aware that the fighters in the stacked strawweight division are looking to dethrone him and it’s this challenge that fires him up in the cold air of Baguio City.

“As the reigning champion, there’s a lot of responsibility on my shoulders,” said Pacio. “That’s why I’m always here in the gym working on my craft. I enjoy the process of training, the process of getting better, and even doing media.”

“I love talking to people and engaging with fans. I’m having so much fun and I can say martial arts is what I want to do for the rest of my life.”

Pacio fought three times in 2019, going 2-1 in ith his lone loss coming in the first month of that year.

Yosuke Saruta took the strawweight title from Pacio via split decision prompting an immediate rematch between the two that the Filipino dutifully took in emphatic fashion in April.

Pacio knocked Saruta with a vicious knee to the head 2:43 into the fourth round to reclaim the title that he then defended against fellow Filipino Rene Catalan in November.

An adept grappler, Pacio forced Catalan to tap out via arm-triangle choke 2:29 into the second round.

“I learned a lot this year, and I’m really happy with my progress,” said Pacio. “Obviously, I lost the bout early in January and that was pretty painful. But I’m also grateful for that experience because it showed me areas of weaknesses that I need to improve on.”

“I worked hard to get where I’m at and we saw those improvements in April and November.”

Pacio, however, is back in action as he’s set to defend his strap against Alex Silva in ONE: Fire and Fury on Jan. 31 at Mall of Asia Arena.

Silva (9-4), 37, is a former ONE World strawweight champion and a Brazilian Jiu-Jitsu world champion and Pacio believes the veteran would be his toughest match yet.

Nevertheless, he’s heading into the cage with confidence.

“Everyone is talented and has their own weaknesses and the only thing is that, as a champion, every opponent I face is a hungry lion wanting to take my throne,” said Pacio.

“They want the belt and the challenge is tough. That’s why I have to remain focused and make sure these guys don’t beat me. I think at 23, I’m just going to keep getting better everyday.”