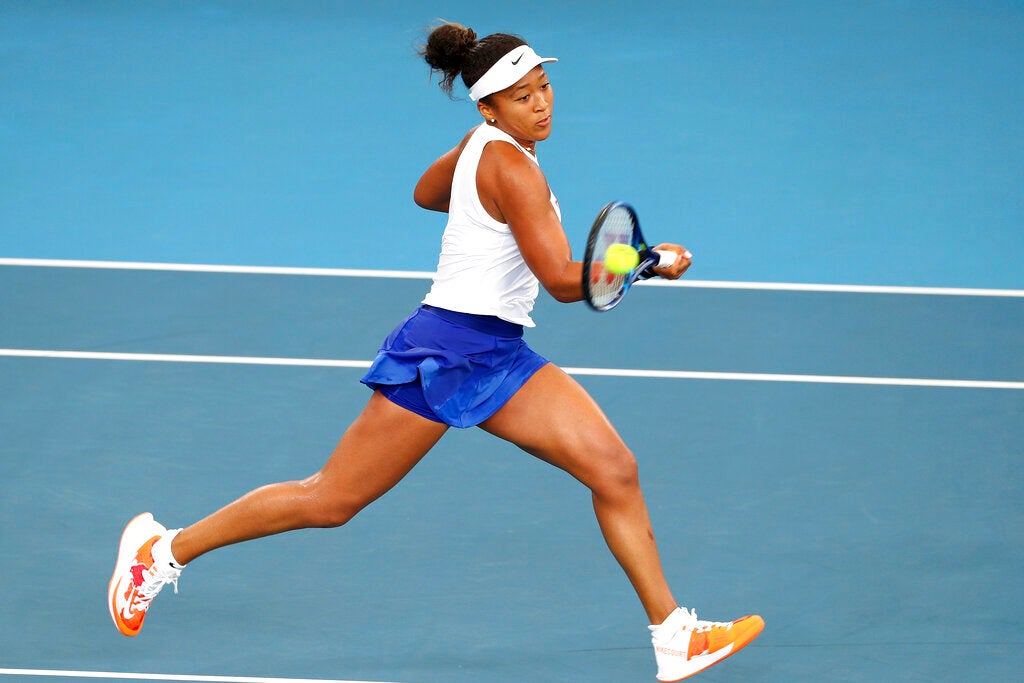 Naomi Osaka of Japan plays a shot during her quarter final match against Kiki Bertens of the Netherlands at the Brisbane International tennis tournament in Brisbane, Australia, Friday, Jan. 10, 2020. (AP Photo/Tertius Pickard)

Keys, a 2017 U.S. Open finalist, reached the semifinals in Brisbane for the first time in four attempts.

“Happy to get a lot of matches in and feel like a lot of what I was working on during off-season is kind of immediately clicking,” Keys said. “There’s still some things that I want to do a little bit better, but it’s definitely a great starting point for the year.”