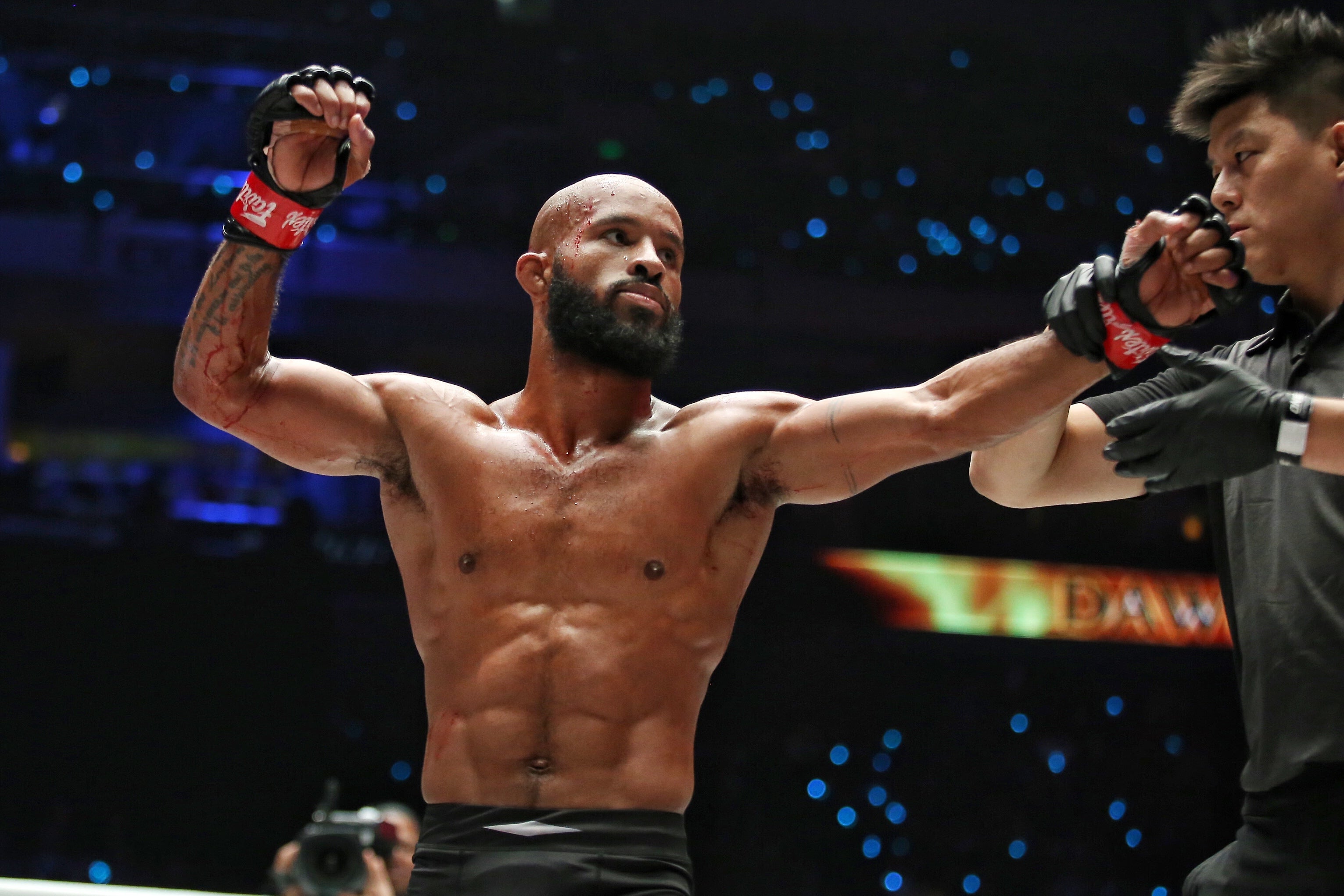 Demetrious Johnson at ONE: Dawn of Heroes. Photo by Tristan Tamayo/INQUIRER.net

MANILA, Philippines — Demetrious Johnson was once the undisputed king of the flyweight division during his dominant campaign in the UFC before yielding the belt in 2018 the same year he signed with ONE Championship.

Two years later, Johnson gets his shot to regain his world champion status, this time on a different stage at ONE Championship.

Chatri Sityodtong, CEO and founder of ONE, announced on Monday that Johnson is set to challenge Brazilian champion Adriano Moraes for the flyweight crown on April 11 in China.

ONE: Demetrious Johnson looks forward to putting on a show in Manila debut

The 33-year-old Johnson, who is considered by many to be the best fighter ever to step inside the cage, earned his first ONE title shot after beating rising Filipino star Danny Kingad on points in the Flyweight World Grand Prix Final three months ago in Tokyo, Japan.

Johnson (30-3) hasn’t lost since moving to ONE where he is 3-0. He beat a pair of Japanese in Yuya Wakamatsu and Tatsumitsu Wada in his first two bouts before turning back Kingad by unanimous decision.

Moraes (18-3), on the other hand, hasn’t fought since outpointing Filipino Geje Eustaquio in their third fight in January 2019 where he reclaimed the title.