Allen Durham chews out Meralco: Everybody played like sh*t 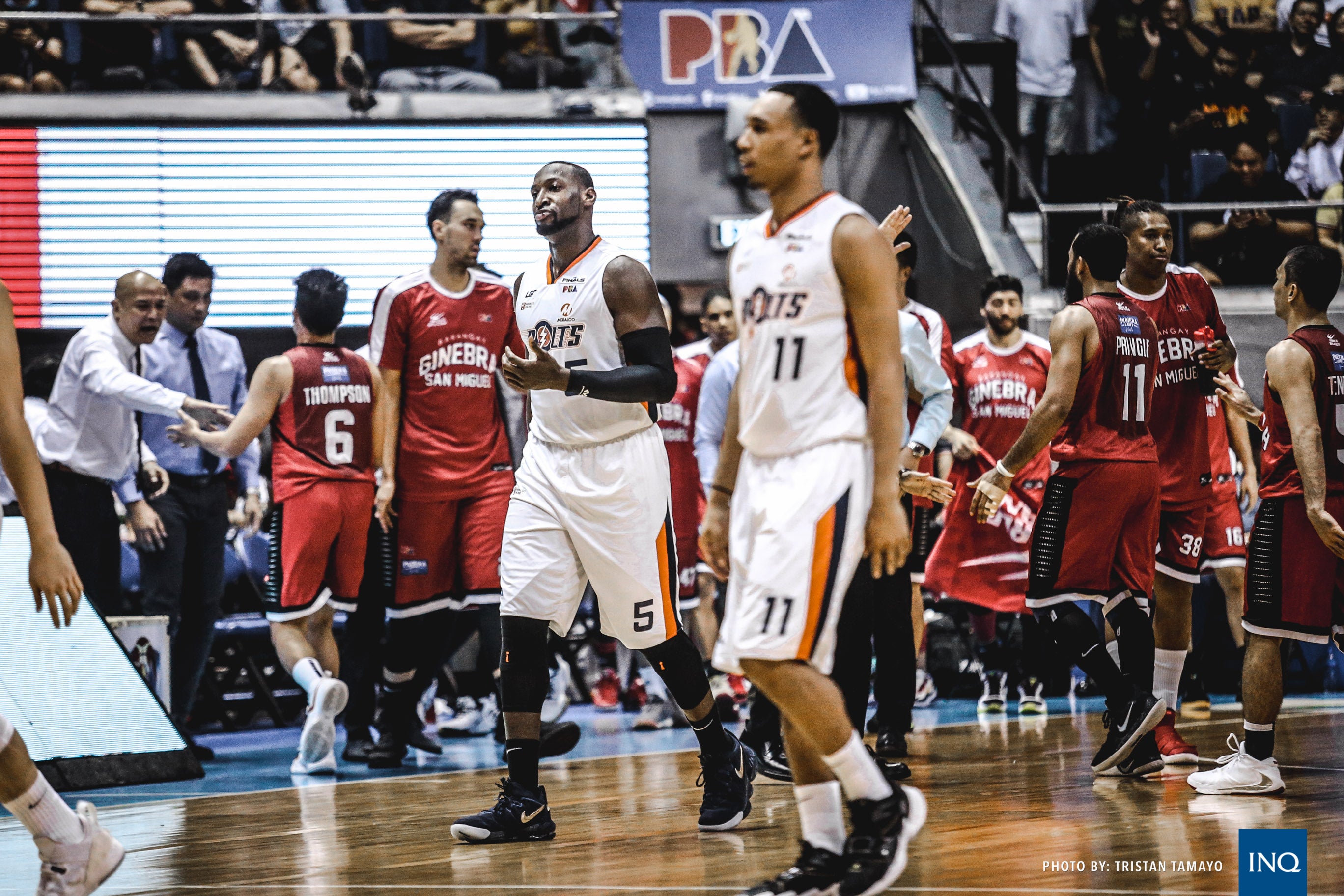 Meralco took a 94-72 beating in a game where Durham felt the Bolts showed little desire to win.

“Everybody has to look in the mirror. Everybody. Tonight, everybody on the roster played like s**t. We gotta get better,” Durham said.

“We basically gotta have heart. It’s not even about Xs and Os on Friday, We gotta come out and have some heart, and see if we want it more.”

The Gin Kings certainly wanted it more than the Bolts as they dominated the game on both ends.

Justin Brownlee, who lost to Durham for the Best Import award thrice, anchored Ginebra’s charge with a game-high 27 points, 17 of which came in the first half where the Gin Kings took control.

Japeth Aguilar also continued to pose problems inside the paint for Meralco with his athleticism and size, finishing with nine rebounds and two blocks with five points to boot.

“Very frustrating. They’re a great team, they got one of the best coaches in PBA history. It’s not gonna be easy, we gotta find a way to make it happen you know,” Durham said.

“It’s not even about Xs and Os, yeah we gotta execute but we gotta have some heart. Tonight, that was terrible. Everybody played terrible. We gotta find a way to fix it before Friday.”