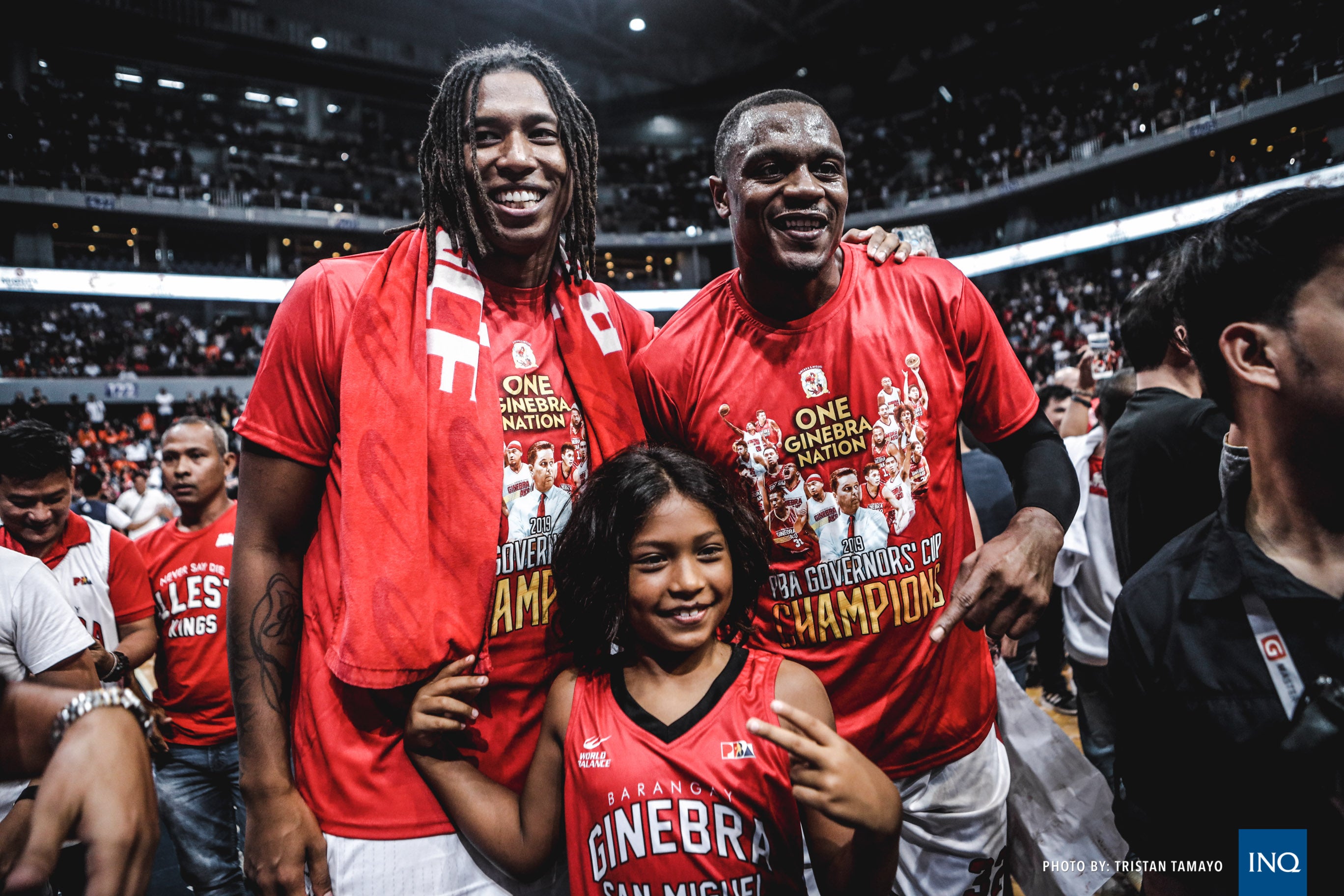 MANILA, Philippines–Joe Devance got some self-deprecating humor going on Friday night when he won the 10th title of his career as Ginebra captured the 2019 PBA Governors’ Cup crown.

“I’m not gonna lie,” he said while trying to contain his chuckle. “It feels really good to not do too much and then win a championship.”

“Because usually, after every game, in the past, I’m hurting and like, oh man, I can’t walk—or whatever. This one, I [did not] really have to do anything,” he said, with a burst of laughter. “I’m fresh.”

“He is just showing great heart all the time. And I know he’s not 100% but I felt at that moment we needed his leadership,” said Cone, who helped Devance in all of his title shots.

Cone also referred to the San Miguel series where Devance made his biggest impact in the playoffs and that takedown of the Grand Slam seekers greased Ginebra’s run to the summit.

Devance accounted for only eight points throughout the series, but his presence undeniably helped set the tone against a foe he has helped beat in the past.

It did not take a while for Devance, though, to turn serious. Especially when he realized how far he has come.

“What I can say is, it’s been a long journey [and there] had been a lot of learning experiences,” said the Filipino-American forward who has long battled an assortment of foot injuries in his time with Ginebra.

“A lot of good times, a lot of sad times. But it’s all worth it to be here,” added Devance.

“I just do whatever it takes to win. Whatever the team needs, it’s what I try to do. I just try to play my part and do it to the best of my ability.”