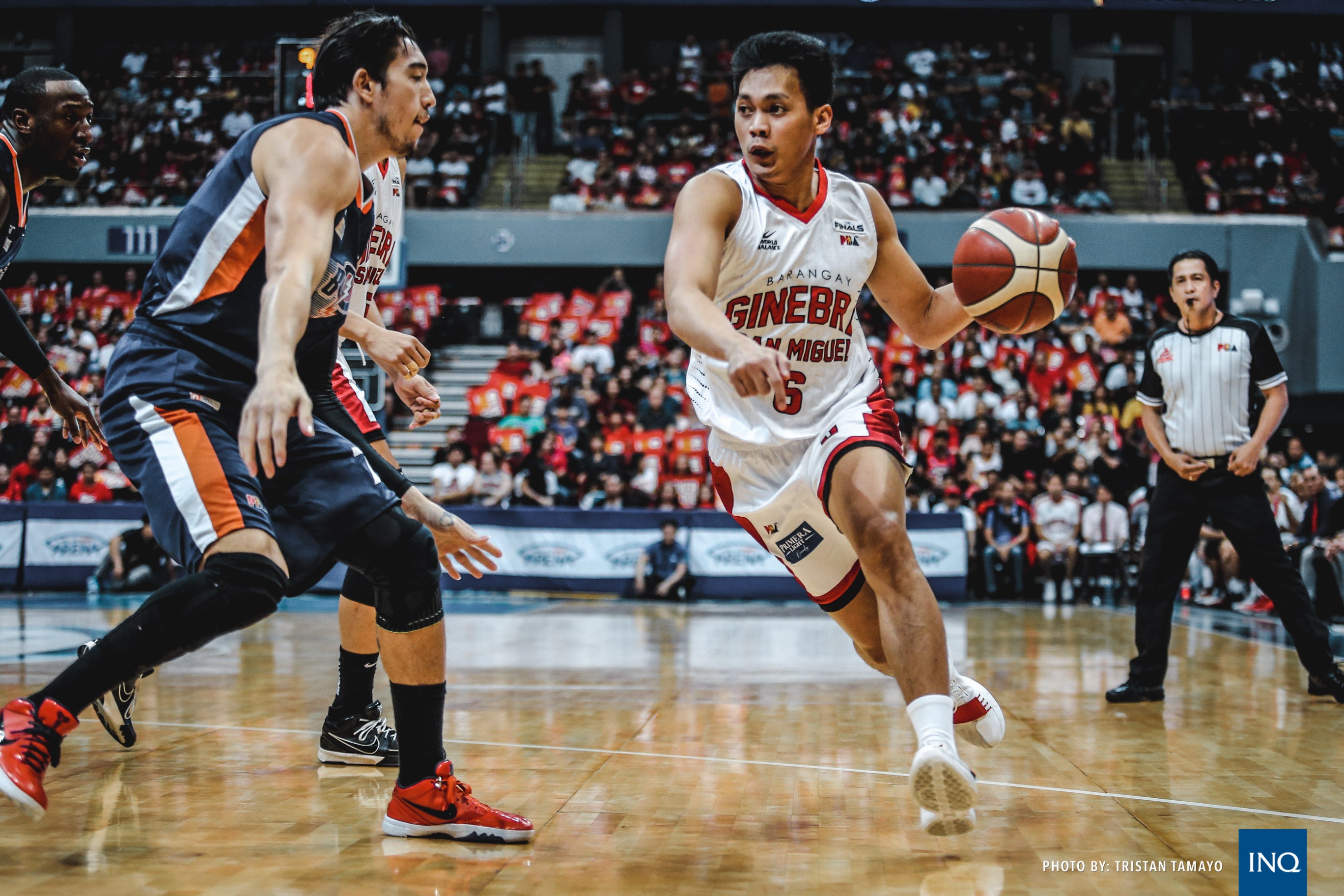 MANILA, Philippines—Tim Cone doesn’t need to see numbers jump out of the page to see the effectiveness of his players.

Take Scottie Thompson for instance. His averages alone of 8.2 points, 6.4 rebounds, 5.8 assists, and 1.6 steals won’t put him into consideration of being the Finals MVP but Cone believes his high-energy point guard fully deserves the accolade.

Thompson was one of the team’s go-to perimeter defenders in the PBA Governors’ Cup finals against Meralco and the 6-foot-1 floor general did the most he can to impact the series in any way possible.

With the help of Thompson, the Gin Kings were able to once again take down Meralco in the PBA Governors’ Cup finals culminating in a 105-93 Game 5 win Friday at Mall of Asia Arena.

“I thought Scottie’s quiet numbers were really the key to us winning aside from Japeth’s. I mean if I had to pick a second MVP, I would’ve picked Scottie,” said Cone. “I felt he kind of changed the series around in Game 3 with his defense against [Chris] Newsome and he carried it all the way through.”

Thompson, meanwhile, had his best offensive games of the series in the last two matches.

“Just the little things he did, the rebounding, getting out on the break, the passing, and I thought Scottie was just outstanding in the series,” said Cone who won his 22nd title as a head coach in the league.

“All that stuff doesn’t really show up on the stat sheets but they add to so much overall.”

Cone even likened Thompson’s frantic play to one of the team’s legends of the 2000s Rudy Hatfield.

“He’s like Rudy Hatfield. Rudy didn’t score a lot of points, but we know the impact he made on the game every time out when we was with Ginebra and when he’s with Coca-Cola,” said Cone. “Scottie’s the same way, he makes a huge impact in every game, even though it doesn’t show up on the stats every time.”