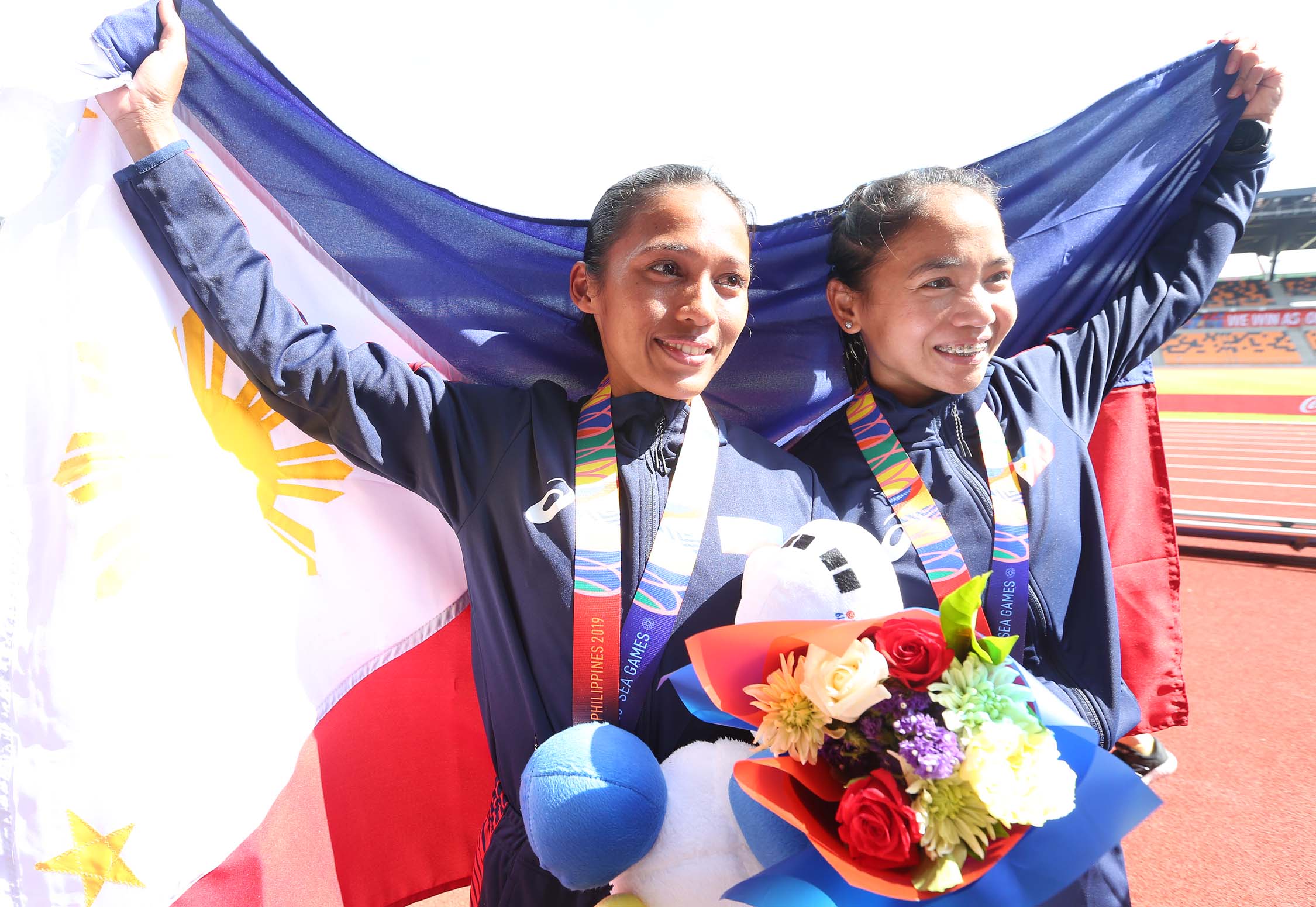 Zabala improved from his runner-up finish in last year’s race to become the fastest man in this edition, clocking 2:31:16 to edge Richard Salaño in a photo finish. Salaño crossed the finish line just a second later.

“I wasn’t really afraid of the race, I was more afraid because there were a lot of spectators and I was surprised because this is my first Milo Marathon King,” said Zabala in Filipino with a laugh.

Zabala, who competed in the 2019 Southeast Asian Games, said he trained for a month to prepare for the Milo race.

“After the SEA Games, I went home to Mindanao to train because I want to fulfill my dream,” said the 31-year-old Zabala who hails from Cagayan de Oro.

Hallasgo, meanwhile, emerged as the queen of the field and dethroned Mary Joy Tabal, whose seven-year reign ended.

The 2019 SEA Games gold medalist clocked in with a time of 2:52:23 while Tabal, the silver medalist in the female marathon during the SEA Games, came in at second at 2:58:49.

Christabel Martes finished in third at 3:05:40.

“I never expected that I would beat Joy Tabal because she’s my idol,” said Hallasgo in Filipino. “I just kept a positive mindset and whatever happens I’d give it my all.”

Hallasgo and Zabala both bagged P150,000 in cash prizes.