Through hell, to history 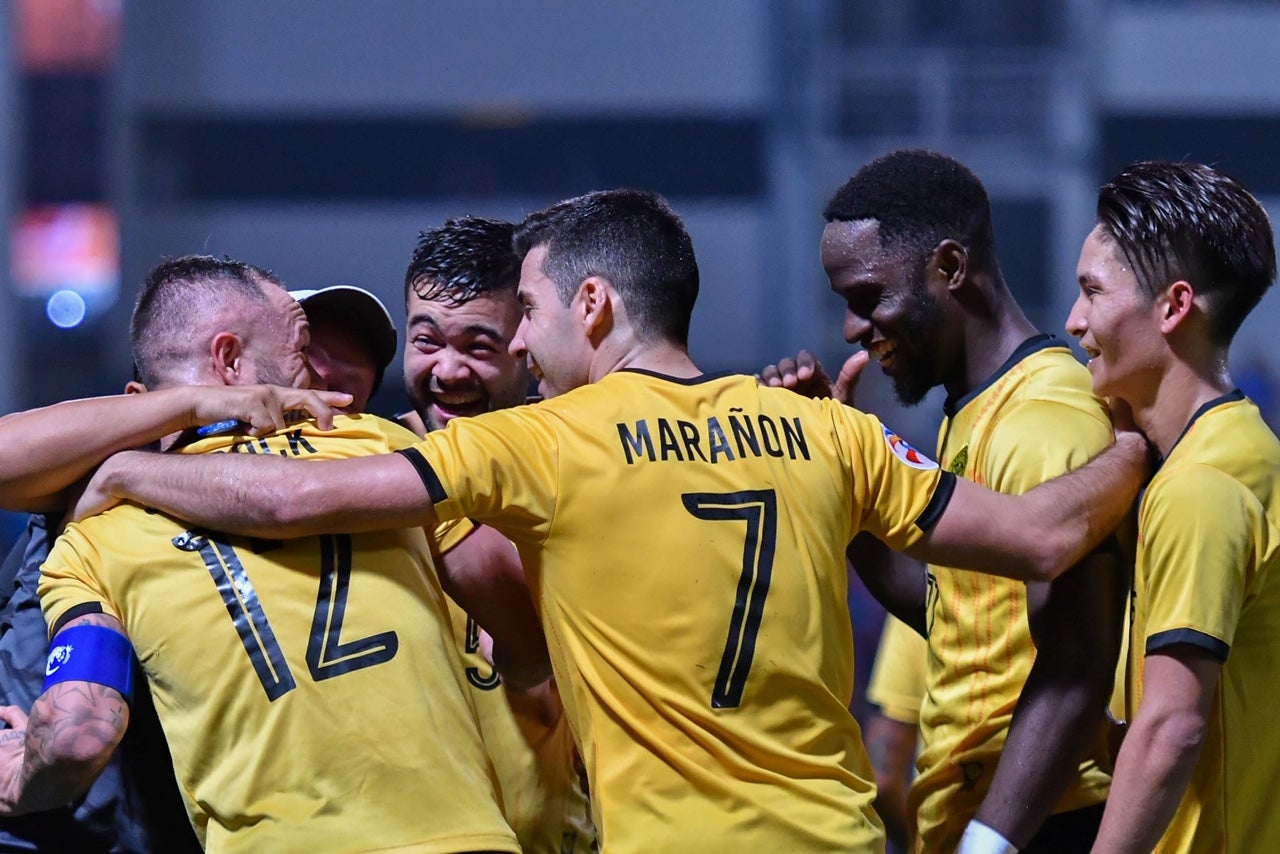 BANGKOK—Ceres Negros captain Stephan Schrock’s confidence and swag could easily be mistaken for arrogance. But more often than not, he always backs up his statements with dynamic, all-action performances on the pitch.

So when a journalist asked him his thoughts about facing “hell” at Thai club Port FC’s home, PAT Stadium, in the AFC Champions League on Monday, the Ceres star was quick to shrug it off, saying he’s faced stronger opponents and played against more intimidating crowds.

Twenty-four hours later, Schrock, indeed undaunted by a 6,300-strong crowd, turned a gutsy performance by the Busmen into a stunning upset of the Thai League powerhouse, 1-0, to reach the final phase of the preliminary round of Asia’s most prestigious club competition.

Schrock’s 51st minute goal—and a monolithic defensive performance by Ceres-Negros—put the Philippines Football League (PFL) club at the doorstep of history: a clash with J-League second placer FC Tokyo in the next round.

“This is a massive result,” Schrock said. “The Thai League is the strongest in Southeast Asia and going to Tokyo to face a strong Japanese League team is a big challenge. We love challenges and see where our boundaries are so we’ll go there and believe we can make something happen.”

Make no mistake about it, Schrock’s faith in his squad is unshakeable.

“We’re not there just to take part. I mean we are one win away from the biggest result for the Philippines in club history so why not really go for it,” Schrock said.

Meanwhile, there is time to reflect on, and celebrate, the team’s recent success.

In terms of resources and level of competition, Thailand boasts a stable league as football is its No. 1 sport. But Ceres, owned by Bacolod-based businessman Leo Rey Yanson, has made a habit of pulling out surprises in continental competitions even though the PFL struggles to gain traction at home. Three years ago, the Busmen beat Johor Dairul Ta‘zim of Malaysia in the AFC Cup and also overcame Brisbane Roar in Australia in the Champions League preliminary round.

“I’m just glad that the club, especially the players and coaching staff, has performed beyond expectations,” Yanson said. “Our goal is to always lift Philippine football. This is our own way to promote the sport. Making history is a bonus.”

Under the baton of Serbian Risto Vidakovic, the Busmen were tough to break down and it wasn’t until the second half when the game opened up that Port started getting its chances.

Mike Ott and Bienvenido Marañon already had good chances in the first half, but it was Schrock who broke the deadlock when his cross was misjudged by Worawut Srisupa.

OJ Porteria looked lively with his robust runs on the right, while Ott had a solid shift at midfield. Also crucial was Ceres’ ability to prevent the Thais from scoring as the makeshift back line of Takashi Odawara, Dennis Villanueva, Josh Grommen and Sean Kane rose to the challenge. Odawara had a goal-line clearance on Adisak Kraisorn’s shot late and came up with a risky yet timely tackle inside the box on Sergio Suarez.