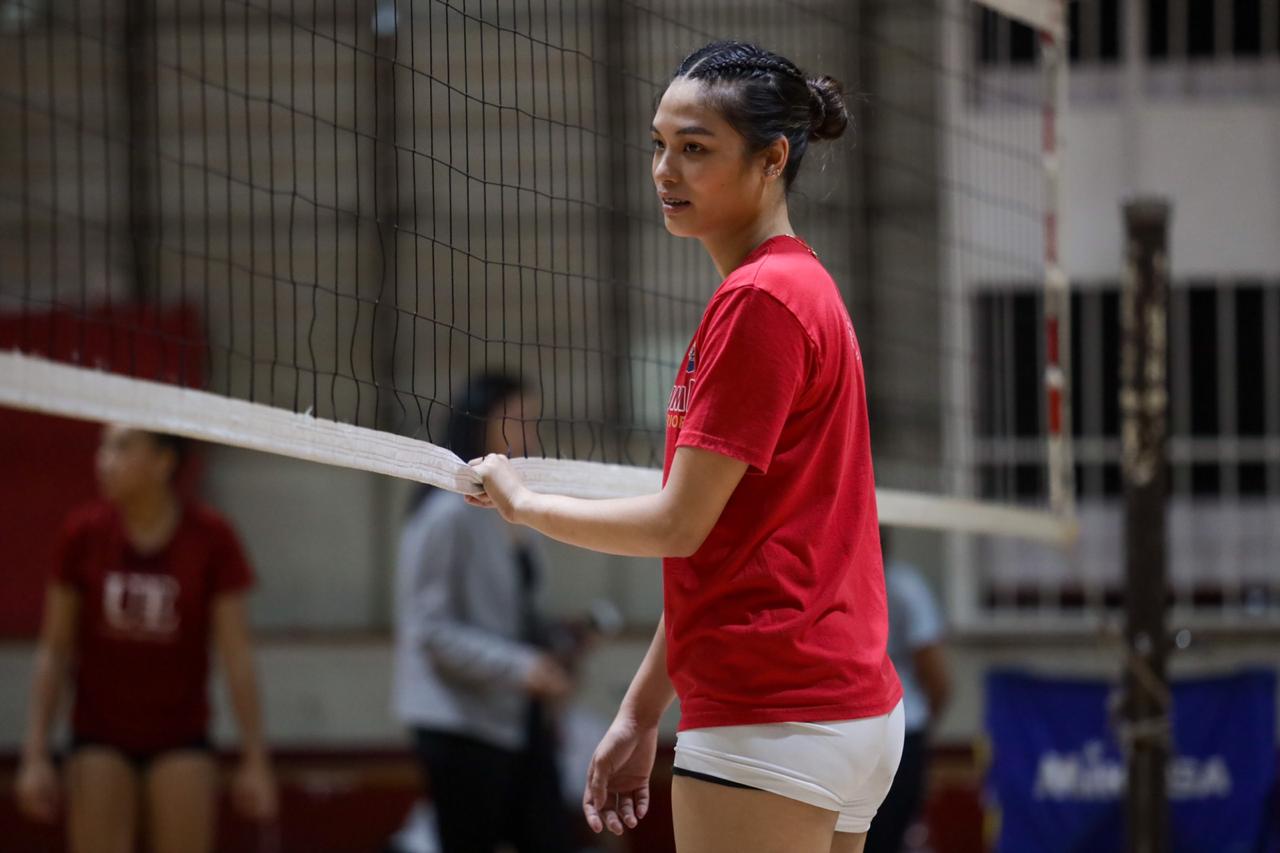 Rodriguez played with Roselle Baliton in Season 81 as the Lady Warriors’ two middle blockers but the latter’s graduation has left former to be the team’s leader up front.

This task, no matter how daunting, is a welcome challenge for Rodriguez, who is confident she and her teammates can fill in the absence of their seniors.

“We’re going to help each other, the exits of Ate Judith [Abil], Ate Kath [Arado] and Ate Roselle were a big deal,” said Rodriguez in Filipino Thursday at UE’s gymnasium.

“But we’re the ones left so we have to fill in their absences and help each other.”

Abil was the team’s leading scorer with 199 total points in Season 81 while Arado was that year’s Best Libero.

Rodriguez, though, shone a bit brighter chalking up 28 blocks and 77 total points. She was also no.5 in the league in terms of blocks with a mark of 0.54 a set.

“For me, I know I’m ready to lead the team,” said Rodriguez. “I think in the four years of experience in the UAAP I think I know how to play my part as a senior inside the court.”

“From a scale of 1-10, I think I’m at a seven right now after all I have the experience in the UAAP and also from the commercial leagues.”