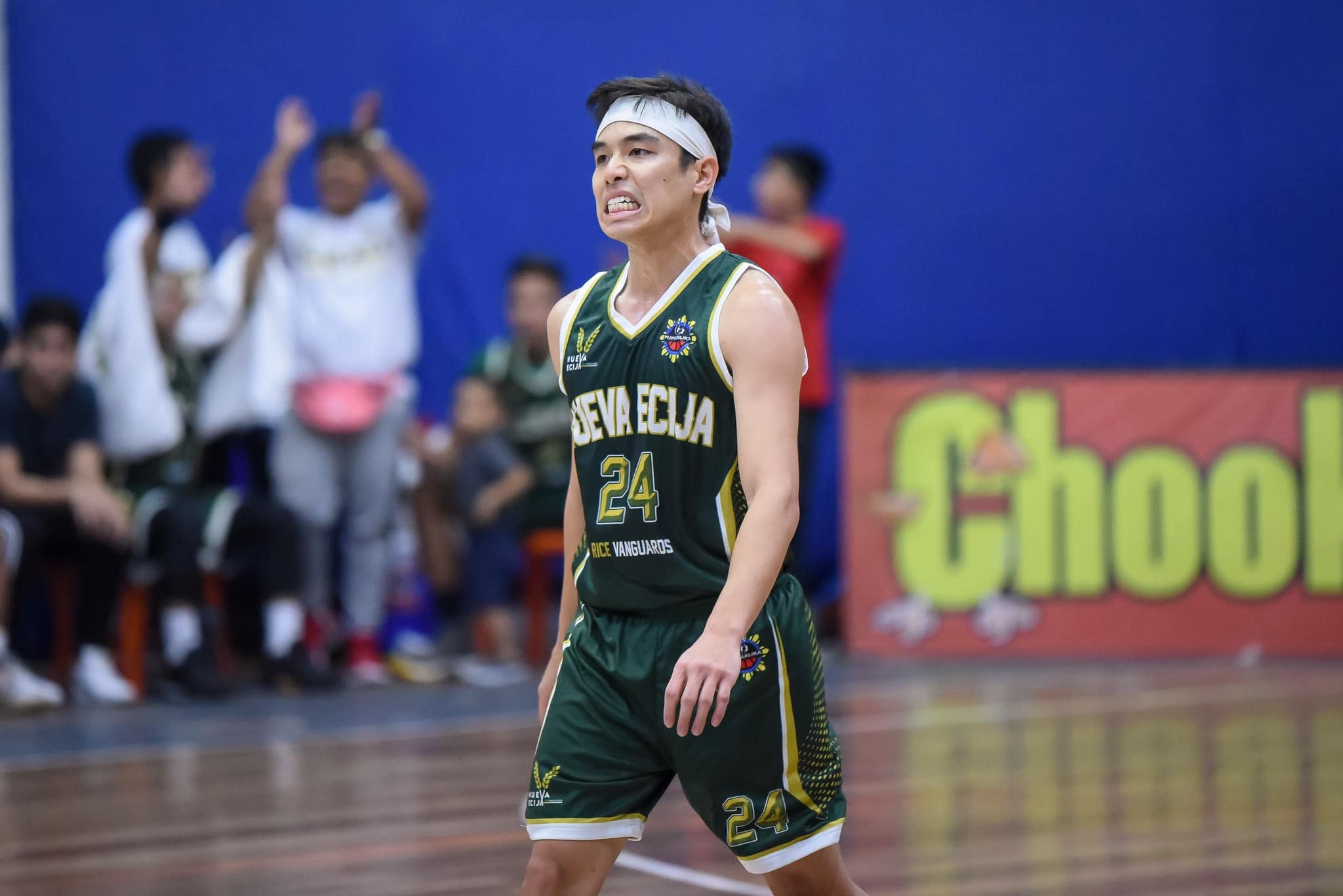 MANILA, Philippines–Nueva Ecija star Jai Reyes is making sure he gets the job done on and off the court.

Inheriting the operations of a team that won just twice in its first 14 games in the Chooks to Go MPBL Lakan Season, Reyes knew he would have his hands full not just as chief of basketball operations, but also as the lead point guard of the Rice Vanguards.

The former Ateneo star has embraced and thrived in both roles. And even with the Rice Vanguards no longer in the running for a playoff spot, Reyes knows they have laid the foundation for a more productive run next season.

“We’re working hard each game and it has reflected on the results,” said Reyes who finished with his first double-double of the year with 20 points and 15 assists as the Rice Vanguards dumped playoff-bound Bulacan, 85-78, at San Andres Gym Wednesday night.

“What is important we’re on the right track in terms of building the character and establishing the culture of our team.”

Nueva Ecija has gone 7-6 since Reyes’ entry, making the Vanguards one of the better teams in the North in the latter part of the season. But a postseason appearance is already out of reach after that flat start.

“We knew that we’re already out of the playoffs but it’s important to reward our supporters with wins,” said Reyes, who scored 10 straight points as Nueva Ecija surged ahead to stay, 82-73, with 2:09 left.

But Reyes’ value goes beyond his scoring as far as assistant coach Carlo Tan is concerned.

“Jai is a really crafty point guard that’s why he gets the job done everytime,” said Tan who took the helm since head coach Charles Tiu and lead assistant TY Tang are in the Middle East for Mighty Sports’ tournament in the 2020 Dubai International Basketball Championship.

Meanwhile, Makati Super Crunch snapped out of a two-game slide and pushed Caloocan out of the playoff picture with a 119-77 demolition of the Supremos, while Davao Occidental-Cocolife labored to a 78-70 over Parañaque-Yabo Sports to keep its top spot in the South division with a 22-4 record.

It was the Super Crunch’s first win under new mentor Beaujing Acot and 21st for the season as they assured themselves of at least the No. 3 position in the North.