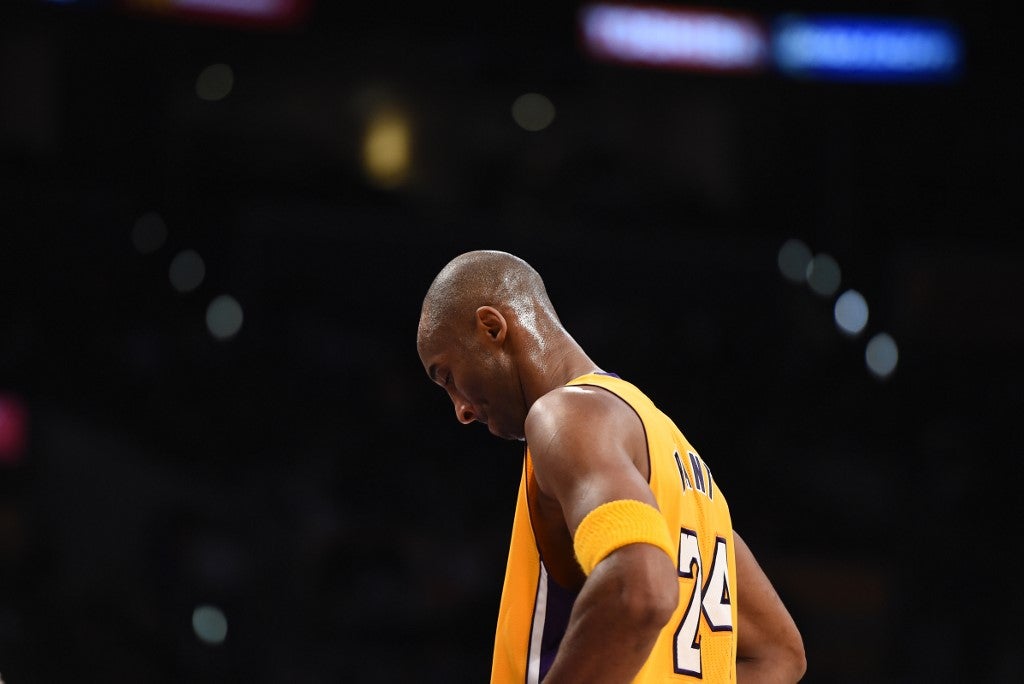 Kobe Bryant (24) of the Los Angeles Lakers looks down during the Lakers NBA match up with the Toronto Raptors, November 20, 2015 at Staples Center in Los Angeles, California. The Raptors defeated the Lakers 102-91. AFP PHOTO / ROBYN BECK (Photo by ROBYN BECK / AFP)

NBA legend Kobe Bryant will be mourned for a week in Italy where he spent much of his childhood, the Italian basketball federation (FIP) said on Monday.

A minute’s silence will be observed before games before each age category to honour Kobe, who FIP president Giovanni Petrucci said “has been and will always be linked to Italy”.

“It’s a small but heartfelt and deserved gesture to honour the life and memory of Kobe Bryant, an absolute champion who always had Italy in his heart,” Petrucci said.

Kobe, 41, lost his life in a helicopter crash in Los Angeles on Sunday, along with his 13-year-old daughter Gianna and seven other people.

Bryant lived in Italy between the ages of six and 13 when his father, Joe Bryant, a professional basketballer, played for several teams.

The family first lived in the central city of Rieti. They later moved to Reggio Calabria in the south of Italy, Pistoia in Tuscany and Reggio Emilia in the north.

His former team, NPC Rieti, posted a childhood photo of Kobe along with the tribute: “You made us dream, feel and above all fall in love. It was in Rieti that you first started to make your little opponents cry. We’re proud to have been the first to see you tread the courts. We’ll never forget you, Kobe.”

Kobe often described Reggio Emilia as “a special place” where “I became what I am”.

“Forever one of us,” local basketball team Pallacanestro Reggiana posted, alongside pictures of him as part of its youth team.

“Kobe Bryant grew up here and he was a Reggiano for all of us. He left us today. A basketball legend that our whole city will remember forever with affection and gratitude. Ciao Kobe,” the mayor of Reggio Emilia, Luca Vecchi wrote on Facebook.