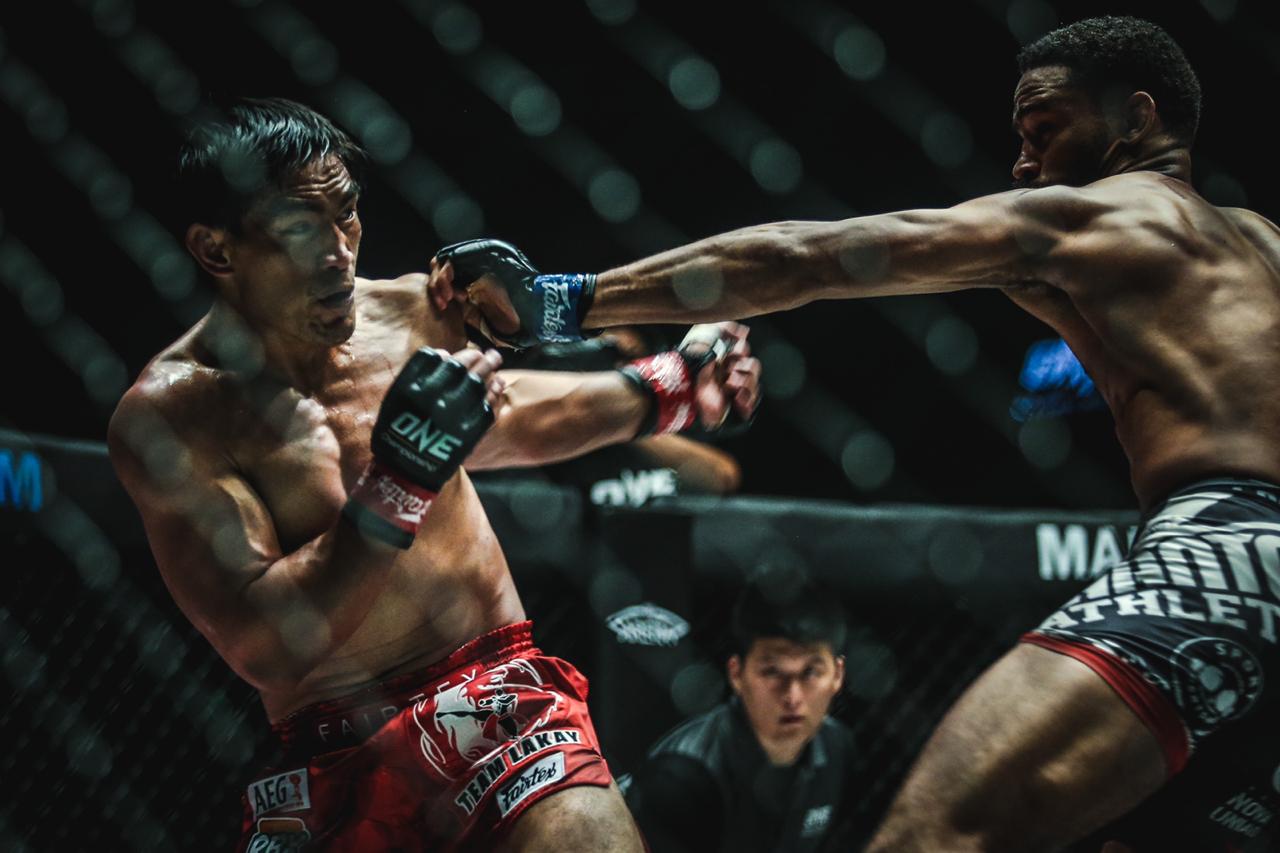 MANILA, Philippines—Eduard Folayang suffered a stunning split decision loss to the Netherlands’ Pieter Buist in the co-main event of ONE: Fire and Fury Friday at Mall of Asia Arena.

Buist (15-4), who had a distinct four-inch height advantage, kept his distance well against Folayang, landing stiff head kicks to the Filipino’s way.

The Dutch fighter connected on a cracking right head kick that nearly knocked Folayang out in the first but the former two-time ONE World lightweight champion was able to score a takedown and maintain control until the end of the round.

Folayang (22-9) was then nearly locked in an arm triangle midway through the second before he transitioned into dominant position at the end of the second.

The third round then once saw Buist land his booming kicks that put Folayang on the defensive.

A single leg take down with less than 30 seconds left nearly gave Folayang reprieve but the damage Buist gave him was too big of a deal for two of the judges.

Read Next
ONE: Danny Kingad grinds out win over China’s Xie
EDITORS' PICK
Do all the things you do, faster
House energy committee chair Arroyo bats for cheap electricity
POGOs not linked to Illegal online gaming, says Pagcor
Look Through: Super Typhoon Karding barrels through parts of Philippines
Metro Manila now at moderate risk for COVID-19 — DOH
Motorcycles, smartphones, and cash prizes up for grabs in TNT’s ‘Tuloy Ang Saya’ Raffle in Mindanao
MOST READ
Robredo supporter tackles elephant in room: No massive fraud in 2022 polls, surveys were just right
Shopee PH gets flak for getting Toni Gonzaga
DepEd: We are in a crisis situation in education sector
Lives destroyed as armyworms invade Philippine ‘onion capital’
Don't miss out on the latest news and information.