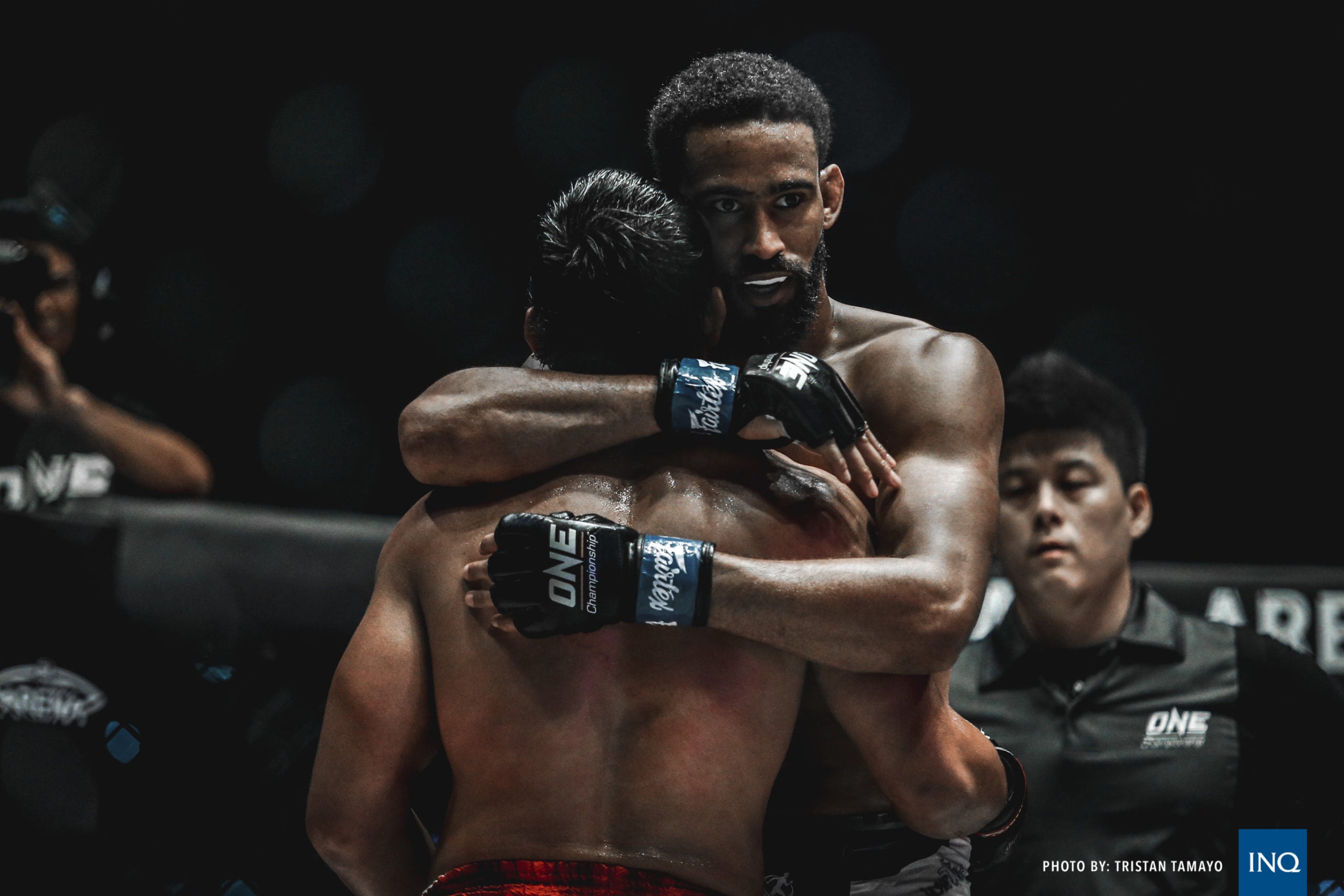 Pieter Buist hugs Eduard Folayang after winning their fight by split decision in ONE: Fire & Fury. Photo by Tristan Tamayo/INQUIRER.net

MANILA, Philippines—In a span of two weeks, Pieter Buist went from sitting on his couch to beating one of ONE Championship’s legends.

Buist wasn’t originally set to compete in the Fire and Fury card but after Ahmed Mujtaba pulled out, his manager gave him a call that ultimately changed the trajectory of his career.

The 6-foot-2 Dutch striker faced former two-time ONE lightweight world champion and his split decision win over the Filipino icon was arguably his biggest victory in his professional career.

“I beat a legend, but I’m also ready to become a legend,” said Buist Friday at Mall of Asia Arena.

With a glaring reach advantage and four inches in height disparity, Buist (15-4) used his length to tag Folayang with better and harder strikes in the three-round fight.

Although Folayang connected with his own kicks and control some parts of the fight with his grappling, it was Buist, who nearly earned a stoppage win when he rocked the Team Lakay legend with a cracking kick to the temple.

Nevertheless, Folayang (22-9) regained composure and brought the match to the ground.

Buist said that he was initially surprised when his manager called and asked him “Are you ready for the big thing?”

“With just two weeks to prepare against Eduard Folayang I was like ‘oh my God’ he’s a legend I look up to him,” said Buist, who extended his winning streak to eight. “You have to take it because if not somebody will take that opportunity.”

Buist said the win over Folayang was what signified a complete turnaround after his tough upbringing.

Growing up with two more siblings while his single mother took care of them, Buist said he never saw pride in him when he was young and this kind of childhood was what made him humble.

“I’ve been fighting my whole life, I grew up in the streets and was even homeless for a couple of weeks,” said Buist. “Now I’m against a legend and I’m so happy.”

“I proved myself and also for the fans this is important for me because I hope the people who bought the tickets were inspired by my fight.”