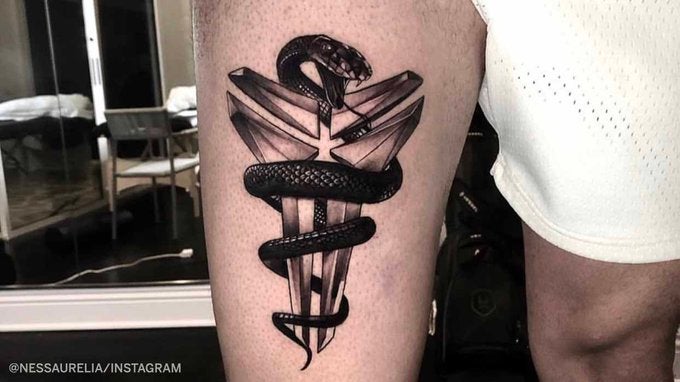 MANILA, Philippines—Anthony Davis made sure his tribute to the fallen basketball legend Kobe Bryant would permanently remain with him forever.

Davis, the Los Angeles Lakers’ star, had his thigh inked with Bryant’s logo with a black mamba wrapped around the sheath, as per SportsCenter’s Twitter account.

Davis’ tattoo was revealed just a day after his fellow Lakers superstar LeBron James also bared a tattoo as homage to Bryant.

James’ tattoo on his right thigh features a black mamba, roses, Bryant’s jersey numbers 8 and 24 and the words “Mamba 4 Life” underneath,

Both James and Davis had artist Vanessa Aurelia do the tattoos.

Bryant recently died along with his 13-year-old daughter Gianna and seven others in a helicopter crash near Calabasas, California.