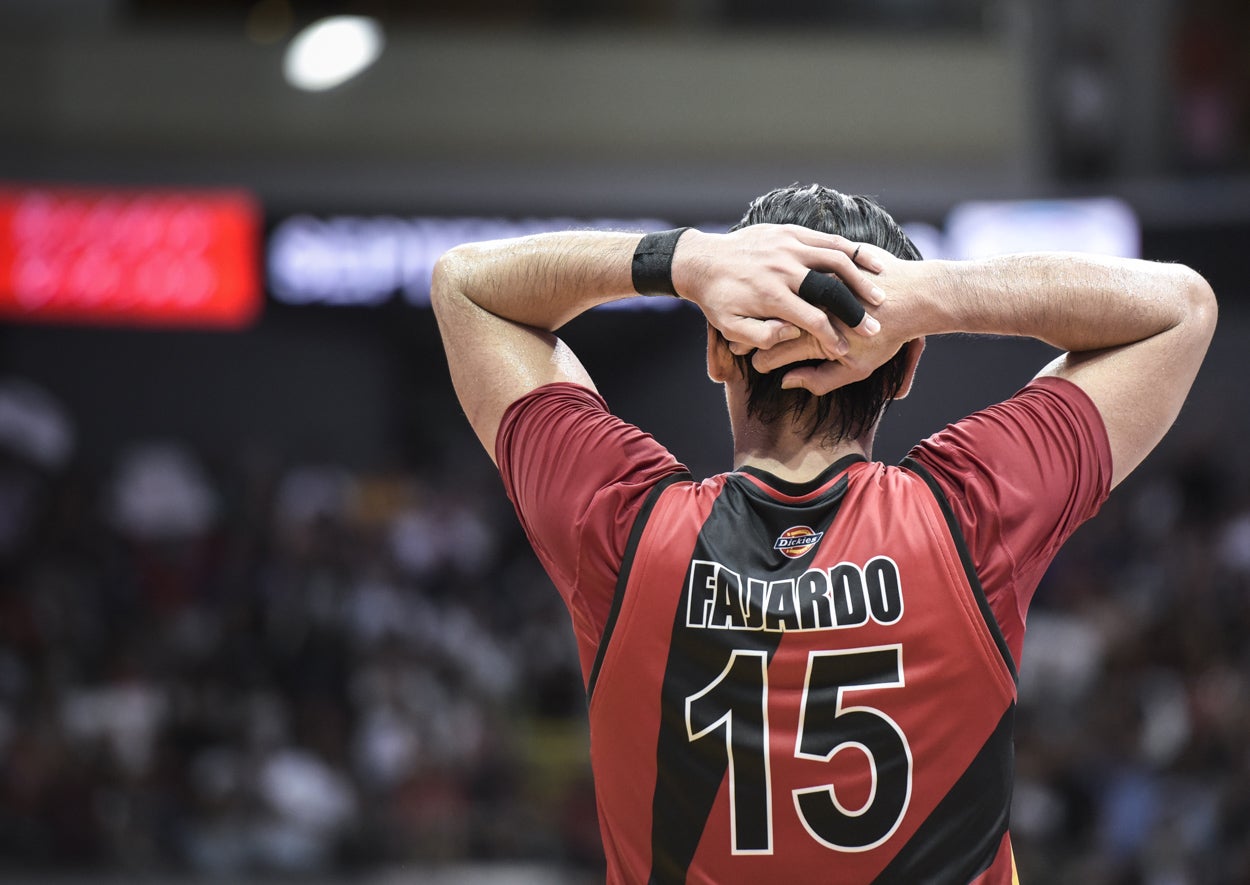 So this is how the world—as San Miguel Beer knows it—ends, not with a bang but with a whimper. In a practice session, less than a month before the PBA Philippine Cup is set to begin.

The all-Filipino tournament, locked in the Beermen’s vise-like grip for the last five season, has stopped being a sure bet for the league’s most decorated squad after June Mar Fajardo’s shin fracture. The unfortunate incident has cleared the path for other squads that have long coveted to be the first to break San Miguel’s dynastic run in the PBA’s premier conference.

“Needless to say, that opens up the race,” Ginebra coach Tim Cone, who has made no secret of his desire to win his first Philippine Cup with the recently crowned Governors’ Cup champions, told the Inquirer.

Cone was sympathetic to the Beermen’s plight, referring to Fajardo as the “face of our flagship team and a mainstay [for] our national team.”

“It’s tragic for our organization,” he said.

But Cone knows how to treasure breaks that go his way, like when Ginebra capitalized on Meralco’s injury woes to rule the Governors’ Cup. And this is one big break not just for the Gin Kings—everyone else sniffs blood.

“This is an opportunity for 11 other teams,” said Magnolia coach Chito Victolero, whose Hotshots forced a Game 7 on the Beermen in last year’s Philippine Cup finale before yielding a 72-71 decision and the crown.

“We now have a [better] chance; we just have to work together,” Victolero added. “San Miguel is still strong but June Mar is a big factor. He can dominate the all-Filipino with his height, heft and skills.”

Fajardo went under the knife on Tuesday, and what will follow is an expected lengthy rehabilitation that would force him to miss the entire Philippine Cup at the least.

“He was immediately brought to a hospital, where assessment on the extent of his injury and initial treatment were made,” the team said in a statement on Wednesday noon. It is the same shin bone which he hurt in 2018 that nearly derailed his bid for his historic fifth MVP award.

“Psychologically, we’re devastated,” San Miguel coach Leo Austria told reporters. “But [this team is filled with] winners. We will still have opportunities ahead of us.”Indeed, the Beermen are not automatic minnows with the absence of Fajardo, who is tipped to bag a sixth straight MVP award—a streak that may also come to an end next season.

“Just because they are without Fajardo, doesn’t mean that they’re weak,” TNT coach Bong Ravena told the Inquirer.

But even Austria knows to temper his optimism. After all, almost instantly, the Beermen lost the intimidation and mismatch factor they usually carry into matches when Fajardo was around.

“Without June Mar, it will be really tough for us,” he said. The eight-time champion coach will now rely on the likes of Mo Tautuaa and veteran Arwind Santos underneath in the hopes of filling the 20 points and 13 rebounds Fajardo averaged in last season’s all-Filipino contest.