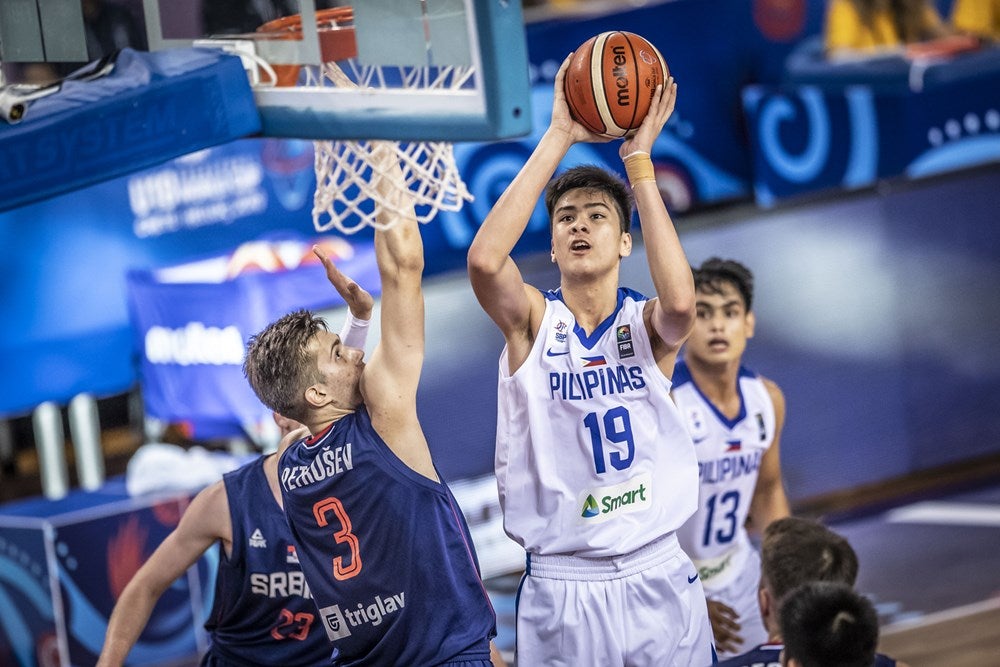 MANILA, Philippines—Kai Sotto continues to make strides in his basketball journey in the United States after he was chosen to take part in the Basketball Without Borders Global Camp.

The camp will be held on Feb. 14 until 16 at Quest Multisport as part of the league’s 2020 NBA All-Star festivities.

The NBA and Fiba on Saturday announced the names of the 64 boys from 34 countries who are participating in the BWB camp.

A slew of NBA talent is expected to partake their knowledge in the camp with 2019 NBA champion and 2020 All-Star Pascal Siakam of the Toronto Raptors headlining the players who will help out the participants.

The campers will also attend the State Farm All-Star Saturday Night and the 69th NBA All-Star Game at United Center with Nike, the NBA’s official outfitter and the global partner of BWB since 2002.

Officials from the NBA’s Referee Development Program will officiate the games during the camp.

Read Next
June Mar Fajardo vows to come back after ‘minor setback’
EDITORS' PICK
Look Through: The fate of impounded stray dogs
What to watch out for when selecting a video surveillance solution
23,000 cops to be deployed nationwide for school reopening
House energy committee chair Arroyo bats for cheap electricity
DOH says COVID-19 cases plateauing, but public shouldn’t be ‘complacent’
Unleash the photographer in you this World Photography Day with vivo smartphones
MOST READ
Sharon Cuneta asks for prayers for friend in ICU who suffered silent stroke
Korina Sanchez reunites with former ABS-CBN co-anchors Julius Babao, Cheryl Cosim
Light therapy could be the answer to your sleep problems
Solons file resolutions seeking probe on ABS-CBN, TV5 merger
Don't miss out on the latest news and information.