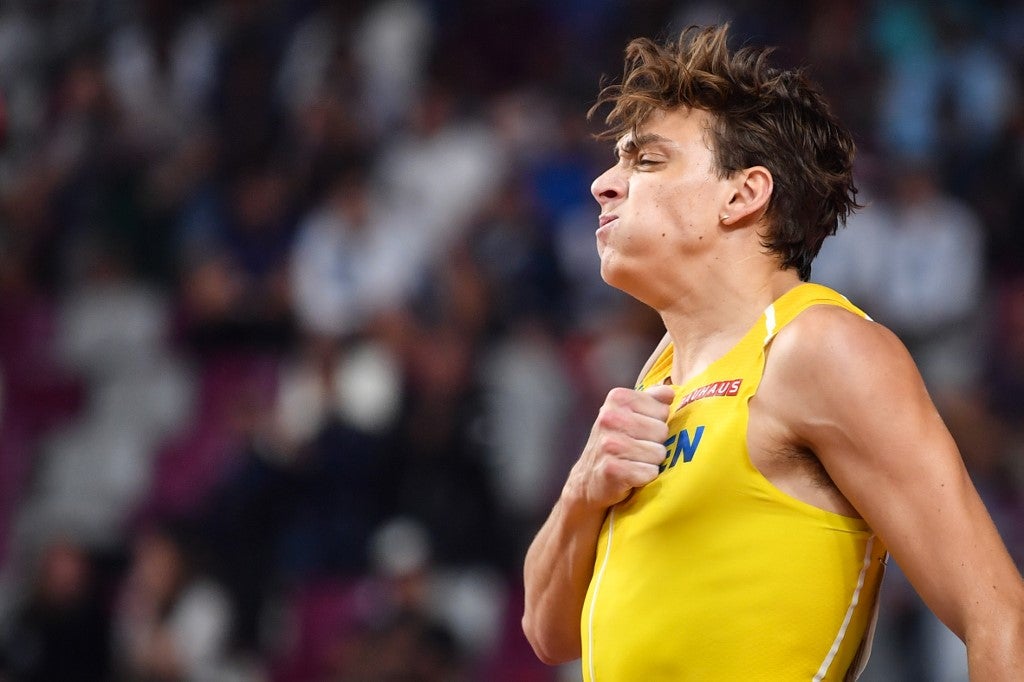 Sweden’s Armand Duplantis reacts during the Men’s Pole Vault final at the 2019 IAAF Athletics World Championships at the Khalifa International stadium in Doha on October 1, 2019. (Photo by ANDREJ ISAKOVIC / AFP)

Duplantis jumped 6 meters, 17 centimeters (20 feet, 2.9 inches) at the indoor meet in Torun, Poland, beating by one centimeter the record set by France’s Renaud Lavillenie in 2014. It’s a strong statement ahead of the pole vault competition at the Olympics in Tokyo in August.

“It’s something that I wanted since I was three years old,” Duplantis said of his record, according to World Athletics. “It’s a big year, but it’s a good way to start it.”

Nicknamed “Mondo,” Duplantis broke the world record in his second attempt on Saturday after earlier winning the meet with ease. He attempted the record without success at another meet in Germany four days ago.

The 20-year-old Duplantis, who was born and raised in the United States, was a child prodigy who broke age-group records on his way to joining the pole vaulting elite. He chose to compete internationally for Sweden, his mother’s home country. He won the silver medal at last year’s world championships.

The record needs to be officially ratified by World Athletics, which doesn’t approve records until it receives confirmation of a clean doping test from the event.